There is no Catholic civil war, regardless of what certain Catholic political pundits tell you. 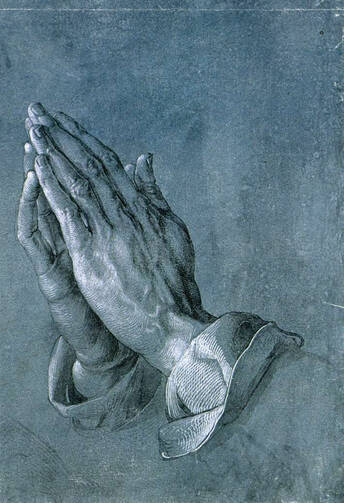 Liturgical day
Christ the King (C), Nov. 20, 2016
Readings
Readings: 2 Sm 5:1-3; Ps 122:1-5; Col 1:12-20; Lk 23:35-43
Prayer
Envision the King whom you worship with all your brothers and sisters. Do you consider your common citizenship with those in the church with whom you disagree? How can you create a lived sense of kinship even when you are at odds with others? How can you focus on the unity we share in the kingdom of the beloved Son?

There is no Catholic civil war, regardless of what certain Catholic political pundits tell you. In fact, there cannot be. Our citizenship as Christians is a shared citizenship in the kingdom of God, what is called in Colossians the “kingdom of his beloved Son,” and here there can be no war. Perhaps this is politically naïve, but it is theologically true. Among us in the city of man, there are disagreements, arguments and worse, but if we believe that these threaten to rend the fabric of God’s family, we must remember that God “has rescued us from the power of darkness and transferred us into the kingdom of his beloved Son.”

It is remembrance that is needed, for our shared baptism, our shared worship, our shared creeds and most significantly our shared king, which remind us that we are members of the same commonwealth. Our common legacy, since we have been rescued from darkness and transferred into God’s kingdom, is “the inheritance of the saints in the light.” It is God’s initiative that “has led believers into a new domain; their citizenship is now in a new kingdom” (Margaret Y. MacDonald, Colossians and Ephesians). The claim that we have been transferred from one realm to another, from one “power” to another, we take not as a leap of imagination, or a metaphor, or symbolic, but as a reality rooted in Christ’s death and resurrection, into which we all have been baptized. Christ’s reign has been inaugurated.

The Greek word for “power” used in Colossians, exousia, which elsewhere in the New Testament is translated as “authority,” appears in Colossians as a designation for Christ’s sovereign rule over all other powers, human or spiritual (1:16; 2:10, 15). The “power of darkness” is the malignancy of human powers, and especially spiritual powers that seek not salvation but destruction. Jesus actually classifies his arrest as under this power: “When I was with you day after day in the temple, you did not lay hands on me. But this is your hour, and the power [exousia] of darkness!” (Lk 22:53).

But the power of darkness could not stop Jesus’ cosmic victory or the transfer of all those who grasp that victory into the kingdom of the beloved Son. On the cross, Jesus offered citizenship to the repentant thief who acknowledged his reign when he asked, “Remember me when you come into your kingdom.” As citizens of the kingdom, it is our constant work to be vigilant not to forget the victory that brings us into the church, which transferred us with a price from the powers of darkness to God’s kingdom. It seems an easy task, but it can be lost in the distractions of this world, in political campaigns, allegiances and alliances, in which we claim that the demands of human kingdoms are those of God’s kingdom, the wars of this world, the wars of God’s kingdom.

We need to remember that the kingdom of the beloved Son is where we all belong, together. Our king is “the image of the invisible God, the firstborn of all creation,” who “himself is before all things, and in him all things hold together.” To speak of civil war among those who are brothers and sisters in this kingdom verges on denying Christ’s kingship. Jesus Christ the King “is the head of the body, the church; he is the beginning, the firstborn from the dead, so that he might come to have first place in everything.” Since through Christ’s victory “God was pleased to reconcile to himself all things, whether on earth or in heaven, by making peace through the blood of his cross,” we need to honor our brothers and sisters in the church by striving for understanding, seeking to create unity, not division, and working to mend our ways when we have harmed others. The peace that Christ gained for us does not render us free from the strife of this world, but there is not a civil war within the Church. The battle that Christ won was against the powers of darkness; it is not a battle fought against our fellow citizens.

This article also appeared in print, under the headline “Kingdom of the Son,” in the November 14, 2016, issue.

John W. Martens is a professor of theology at the University of St. Thomas, St. Paul, Minn. 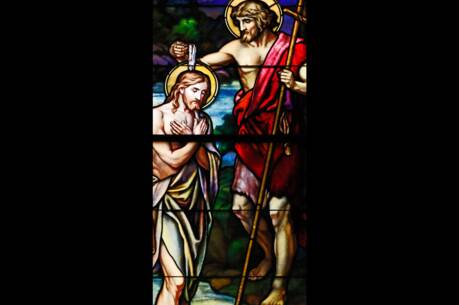