Why people are so attracted to apocalyptic biblical narratives 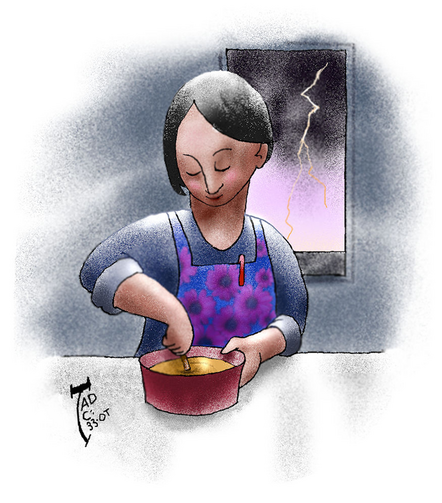 There is probably nothing more attractive for some people about the Bible than the apocalyptic narratives. Some of them are found in the Old Testament, but many more are woven into the fabric of the New Testament. The mythic language of great conflagrations, nature in chaos, the division between the righteous and the wicked, and the final judgment speak deeply to some about God’s justice and the final end of evil. There is a reason why movie makers and video game designers populate their worlds with storylines based on ancient Jewish and Christian apocalyptic narratives. People are drawn to these accounts.

For others, however, there is also something menacing about these epic accounts. They find the blood-soaked imagery distressing, but also the fact that some Christians draw from these accounts to predict the coming end of the world. Mixed up in this is a concern that some people who await the apocalyptic end are not simply waiting but are acting to create chaos in our time.

Whatever our immediate response to the drama of apocalyptic passages, we cannot escape the imagery, because it is central to our beliefs about Jesus and the coming kingdom of God. The Nicene Creed tells us, “He will come again in glory to judge the living and the dead, and his kingdom will have no end.” These are apocalyptic promises grounded in the teaching of Jesus. Jesus said of the end in general, “Nation will rise against nation, and kingdom against kingdom; there will be great earthquakes, and in various places famines and plagues; and there will be dreadful portents and great signs from heaven.” But in many ways, these signs and portents are not and ought not to be our concern.

Apocalyptic passages, as Christians understand them, are about God acting to bring about God’s kingdom through the defeat of evil. As Psalm 98 says, God “is coming to judge the earth. He will judge the world with righteousness, and the peoples with equity.” The coming judgment is a promise of hope, not destruction, a hope for humanity to turn to righteousness, to walk away from evil. The work of the church is to act in ordinary ways that create hope and not despair over evil.

This is why Paul at the end of 2 Thessalonians, after describing the mysterious apocalyptic events that he says must occur before the end, turns to what might seem like mundane concerns. He reminds the Thessalonians that he and Timothy and Silvanus worked hard when they were with them and “were not idle.” Paul asks the church in Thessalonica to “imitate us.” Paul is not thinking here only of extraordinary spiritual works of mercy, or evangelization, or other worthy religious activities. He has in mind ordinary work.

Paul says, “We did not eat anyone’s bread without paying for it; but with toil and labor we worked night and day, so that we might not burden any of you.” Some Thessalonians, believing that the end had already come or was about to come, decided that their spiritual response would be to give up their day-to-day lives. Paul’s teaching here that “anyone unwilling to work should not eat” is not about a rejection of the modern welfare state, but a rejection of the belief that waiting for the end of the world should take precedence over an engaged daily life for Christians.

Our response to the coming end is simple, Paul suggests, and does not consist of “living in idleness,” being “mere busybodies, not doing any work.” Paul commands and exhorts “in the Lord Jesus Christ” for the Christians in Thessalonica “to do their work quietly and to earn their own living.” Perhaps working at being a faithful Christian is less fascinating than idly calculating when the end will come, but part of our vocation as Christians is modelling the good life for others by taking joy in our daily work, engaging in relationships with others and demonstrating our love of God. We should prepare for the end by doing all things in goodness now, by offering people a true sign of the end, when the goodness of God will be all in all. When will that be? God knows.

This article also appeared in print, under the headline “Get to Work,” in the November 7, 2016, issue.

John W. Martens is a professor of theology at the University of St. Thomas, St. Paul, Minn.

Want to be inspired? Listen for the Holy Spirit.
We remember the important role of the Spirit in guiding and sustaining faith after Jesus’ resurrection.
Jaime L. WatersApril 22, 2021

Jesus had a vision for his disciples. He prayed for it to become reality.
Jesus’ final prayer implores the disciples to be confident that he has assured their care.
Jaime L. WatersApril 22, 2021

How should we love one another? It’s called agape.
By working to end hate and division, we show our love for one another.
Jaime L. WatersApril 22, 2021