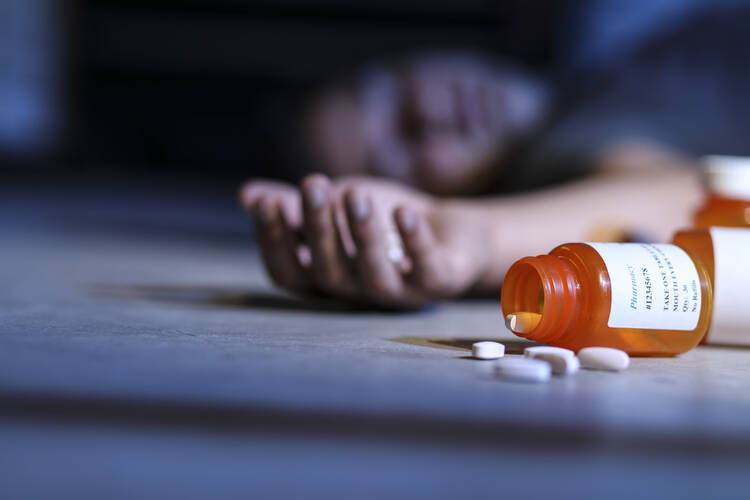 A recent lawsuit filed by The Washington Post and The Charleston Mail-Gazette revealed a vast amount of data on the distribution of opioids in the United States between 2006 and 2012. The evidence shows that drug companies significantly increased shipments of painkillers to areas with high opioid addiction rates, even after they and the Drug Enforcement Administration had become aware that the medicines were being abused and obtained illegally on a significant scale.

We are now cresting the “Third Wave” of the crisis: the movement of fentanyl, a highly dangerous and illegal synthetic opioid, into some of the communities hardest hit by the addiction crisis. The result is that despite the fact that fewer opioids are being prescribed, the number of deaths from those drugs remains steady.

The situation is daunting, but as Catholics reflect on what can be done to address it, they have an unlikely prophet in the form of the English poet Francis Thompson (1859-1907), himself an opioid addict. Alongside his theological and romantic poetry, Thompson left us with a few important principles for thinking about our present crisis.

Thompson’s struggle with opiates began during a period of loneliness, illness and aimlessness, which fits a pattern identified in the emerging research on opioid overdoses as a subset of “deaths of despair.” Taking opium after a nervous breakdown and amid bouts of bad health, he soon found himself addicted. In a poem titled “The Poppy,” he wrote of the “sleep flower” whose “fruit is dreams,” which, in time, would steal “All that the world of me esteems—My withered dreams, my withered dreams.”

Thompson wound up penniless, sleeping on the cold streets outside Charing Cross train station in London. Years later, in his final and most beloved poem, “In No Strange Land,” he would describe the grace that reached even into this pit of hopelessness:

But (when so sad thou canst not sadder)
Cry;—and upon thy so sore loss
Shall shine the traffic of Jacob’s ladder
Pitched betwixt Heaven and Charing Cross.
Yea, in the night, my Soul, my daughter,
Cry,—clinging Heaven by the hems;
And lo, Christ walking on the water
Not of Genesareth, but Thames!

It was only through the intervention of a generous couple, Alice and Wilfred Meynell, who took Thompson into their home, that we know of his literary genius today. The couple were editors of a London periodical and became aware of Thompson when, with little hope of a reply, he sent them a few poems written out on a dirty piece of scrap paper. Thompson had come near to killing himself when the Meynells tracked him down, gave him a chance at rehabilitation and, in time, helped him find his feet as a writer.

The public discussion in Victorian England over poverty, despair and substance abuse would feel familiar today. Opiates had become prevalent as a means of treating aches and pains, and a pattern of abuse emerged, especially among the working class and the poor. Scenes from rural England echo those described by the Post reporter Scott Higham in West Virginia today. Farmers in Victorian England were seen to fall into drugged slumber in their fields, just as Mr. Higham describes people wandering about like “zombies” in some of the Mountain State’s rural areas.

The public discussion in Victorian England over poverty, despair and substance abuse would feel familiar today.

It was at this time that General William Booth, the leader of the Salvation Army, began his “crusade” against social ills afflicting his country. Thompson, now in better health and with a handle on his addiction, was moved by Booth’s efforts, and was compelled to write in the Meynells’ Merry England magazine as one who “was more intimate than most with this life that was not a life.”

He identified deep roots to these problems in the divide between the flourishing urban settlements and the old manufacturing towns and dilapidated urban neighborhoods. “I see...two regions, separated by only a few hours journey,” wrote Thompson. In the one, there was flourishing and wealth, and in the other: “misery cries out to me from the curb-stone, despair passes me by in the ways.” In our own day, deaths of despair are especially prevalent in depressed areas with low social capital.

The cause, he thought, was at least partly an “individualism” that manifests itself in the loss of a sense of mutual care and dependence among members of a community. There was in his day too much emphasis, Thompson thought, on meritocracy, or the idea that the strong and capable should flourish as best they can, and so much the worse for those who get left behind.

There was too much emphasis, Thompson thought, on meritocracy, or the idea that the strong and capable should flourish as best they can, and so much the worse for those who get left behind.

Today, a similar kind of thinking overlooks the increasing urbanization that draws wealth and resources out of rural areas, the weakening of churches and civic organizations, and by the loss of blue-collar jobs to automation. These have created a social sorting where the strong are likely to live in wealthy urban enclaves and those left behind are likelier to live in areas that lack access to health care, jobs and other resources.

What Thompson identified as the neglect of those left behind in Victorian England seems taken to the extreme today in the callousness of some drug companies. But we each play a part in social breakdown to the degree that we extract ourselves from our communities and treat our lives as a set of exchanges whose final goal is to build the most comfortable, untroubled existence. “The script of self-help,” Thompson wrote, “has become the script of selfishness.”

But Catholics, Thompson said, are called to “put on Christ,” and Christ’s life was a message that my neighbor is my responsibility.

What Thompson identified as the neglect of those left behind in Victorian England seems taken to the extreme today in the callousness of some drug companies.

To leave it there would have been merely to mouth a platitude, but Thompson meant something really radical. Remember, the Meynells looked after the poet when he was still a stranger. That is the sort of thing Thompson had in mind: inviting people into our homes, building up the religious and civic communities that act as a salve for alienation and ministering to individuals in the grip of addiction. Cracking down on the flow of drugs may be the most important thing to do right now, but it cannot hurt to work to heal the social, psychological and spiritual wounds that appear to have preceded the opioid crisis.

It’s not enough to fine big pharma for the opioid crisis. We need systemic solutions, too.
The Editors

Why do we run from love?
Terrance Klein

Thompson went so far as to call on Catholics to engage in a new monasticism. He wrote, quoting St. Vincent de Paul, that the new monastery should be the rooms of the sick, and the “cloister [should be] the streets of the town or the wards of the hospital.” Thompson was not talking about duties of religious monks or sisters; he was talking about the responsibilities of ordinary working people. It is in the spirit of Thompson and St. Vincent that Pope Francis has issued a constant call for a church that “goes out to the margins” and ministers to those too often neglected by society.

The Meynells took a bold step in reaching out to Thompson and providing for his rehabilitation, but they believed that grace could operate in the messiest of lives. Thompson, who always remained grateful for their generosity, showed this to be true; it is why he called upon his fellow Catholics to do more. Not everyone is called to, or capable of, the Meynells’ act of service, but each is capable of some service in her own way.

In the time of the opioid crisis, Thompson’s charge still needs hearing: “You have tried palliatives that fall short; here, too, then, venture a heroic remedy.” 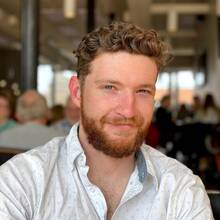 That the author of “The Hound of Heaven” should have been enslaved by opioid addiction is so very sad, but perhaps consoling in reminding us that no one is immune from this diabolical predator. That the poor in Victorian England were particularly vulnerable to this counterfeit remedy for pain and loneliness certainly rings true regarding the US today. But according to CDC opioid addiction, in the form of heroin, has risen 77% between 2002-2013 among those with incomes between $20,000 and #49,000, So no one is immune. According to psychiatrist William Glasser the most promising treatment for such addiction is along the lines of AA. This certainly squares with the points made in your article on the need for community commitment and reliance on God, or as Thompson said ‘to put on Christ”.

Lovely article. I hadn't heard of Francis Thompson until I read this piece. We are in such a parallel time to the industrial revolution.
" “The script of self-help,” Thompson wrote, “has become the script of selfishness.”

But Catholics, Thompson said, are called to “put on Christ,” and Christ’s life was a message that my neighbor is my responsibility." As true today as then.