Limiting human contact for prisoners is counterproductive and un-Christian 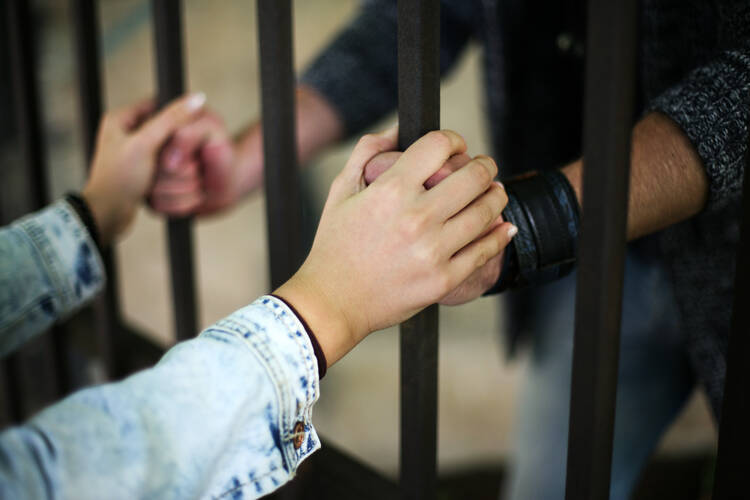 There is a disturbing trend in the United States toward limiting contact between incarcerated individuals and the outside world. For example, last month the state of New York began a pilot program that banned the direct shipment of food, household items and even books to prisoners, instead requiring senders to choose from the limited offerings of an expensive online vendor. Fortunately, Gov. Andrew Cuomo suspended the program after a public outcry, but it has not been formally canceled.

Across the country, at least 600 prison facilities have introduced video conferencing, with per-minute charges, to replace or supplement in-person visits under the guise of cost efficiency and security. Over 75 percent of those facilities have ended in-person visits altogether. Less direct but equally effective forms of deterring visitors are also rising, as evidenced by recent reports of visitor harassment at Rikers Island and other facilities. (Moving inmates far from their families, even to the other side of the country, is another longstanding practice, employed by private prisons especially.) And last year the Federal Communications Commission announced that it will no longer regulate the cost of prison phone calls, which private phone companies with prison contracts had hiked to more than $1 a minute.

The net effect of these policies is a reduction in human contact and interaction for those who are incarcerated. They stem from a mindset that is contrary to respect for human life and dignity—a mindset that prisons are warehouses and the corrections system is a business.

At least 600 prisons have introduced video conferencing to replace or supplement in-person visits.

Our society cannot afford to treat the least among us as less than or as the “other.” We at the Thrive For Life Prison Project, a prison ministry rooted in Ignatian spirituality and Catholic social teaching, believe that any policy that increases the distance between the imprisoned and those who love and support them is contradictory to the concept of rehabilitation, un-Christian and ultimately inhumane.

Human relationships and interactions are necessary for a healthy, meaningful life. For the incarcerated, who struggle with loneliness and depression, human interaction is even more critical. Behind prison walls, human contact is often degraded and distorted: Eye contact is seen as threatening instead of respectful, handshakes are associated with gang activity or potential contraband hand-offs, and other physical contact is limited to violence. Removing positive interactions further isolates these men and women.

Any policy that increases the distance between the imprisoned and those who love and support them is contradictory to the concept of rehabilitation.

“At the very heart of the Gospel is life in community and engagement with others,” Pope Francis writes in “Evangelii Gaudium.” And French philosopher Chantal Delsol extols the benefits of direct exchanges between people by describing how they cultivate and promote human virtue. In such exchanges, the giver experiences charity and generosity, while the recipient feels gratitude and support.

In the Gospels, we often witness the healing power of human touch, particularly when it comes to Jesus’ miracles. One poignant example is the succession of events in Mark 5. First the crowd “pressed upon him” as he traveled from the sea to the house of Jairus, then the woman with hemorrhages reaches out to touch the hem of his cloak, and, finally, Jesus heals the young girl while holding her hand.

When we are downcast, we all reach out for help and for hope. We all yearn for contact and for human connection.

In our experience serving men and women who are imprisoned, we have seen firsthand the power of human connection. Thrive For Life founder Zach Presutti, S.J., has spearheaded hundreds of care package campaigns and prison retreats. Prisoners have responded with an outpouring of gratitude. Based on the notes, letters and thank-you cards we receive, it is clear that the items themselves—things we take for granted like soap, clean clothing and deodorant—are appreciated, but the opportunity for human connection is of even greater value. The retreats and guided meditations we facilitate are restorative, and the chance for a friendly conversation with a volunteer is even more consoling. The men and women behind bars receive meaningful gifts from caring members of the community—social workers, priests, finance professionals, teachers, high school students, retirees, media executives—that are not limited to an online catalog.

When we choose to view people as human beings and facilitate human contact, we can achieve common goals. Safety improves. Outcomes improve. A 2013 study in the Criminal Justice Policy Review showed that “visitation significantly decreased the risk of recidivism” after release from prison, and “more visitor-friendly visitation policies could yield public safety benefits by helping offenders establish a continuum of social support.”

At Thrive For Life, we believe in the healing power of human contact. Our newest initiative is focused on facilitating community and closeness. We are opening the Ignacio House of Studies this year in the Bronx to house and support up to 24 formerly incarcerated individuals who are pursuing education and workforce training. We will fill the rooms of Ignacio House with volunteers, partners and supportive services because we have seen the power of community and its ability to reduce recidivism and ultimately, to heal.

But post-release programs cannot succeed on their own. If we want to give these individuals a chance, if we want to reduce the number of people who are incarcerated, and if we want to help them re-enter society, prison policies should work to facilitate and increase human contact, not obstruct it. 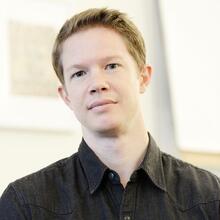 Joe Van Brussel is the chief operating officer at the Thrive For Life Prison Project in New York City. He holds a master’s degree in political studies from the Université de Paris-Est in France with a focus on international justice and graduated from Loyola Marymount University in Los Angeles.

Joe, Thank you. Keep up this important work.

Joe, Thank you. Keep up this important work.

Joe,
You're young and doing valuable work....but you are not connecting and never will with the skeptics who have a real point unless you admit the negative that worries them. And you're admitting no negatives. A phone call from a gang member may not be to mom but to a gang member outside to beat up a witness who testified against him. Long ago the nytimes had an article that 300 people in California over a very long period had been assaulted or killed via such gang phone calls. Gifts....very easy to hide cocaine or straight razors within homemade soap. You are not facing the negative neither did Pope Francis who stated to children..." immigrants are not a danger".....that went well but not with truthful people who noticed a truck driving over as many civilians as possble several times in Europe. Lying by omission is central to many do gooders. Rise above the Pope Francis level don't join it.

Thanks for your work which demonstrates commitment to pro-life principles. For some time, I have been a pen pal with a man, Hubert, who is serving a sentence of life imprisonment at a Philadelphia prison. I enjoy hearing from him, as I am always happy to receive mail or visitors to the nursing home where I live.. Some of my friends/fellow residents never have visitors, and I allow my roommate to call his mother using my cellphone several times a day. Hubert is a devout Jehovah's Witness, and from our correspondence I'm convinced that he's reformed his life. We don't always agree in our views. For instance, while he sees the injustice of killing the innocent unborn by abortion, he believes that the Bible justifies capital punishment. I believe that killing those convicted of even serious crimes is wrong because he or she may be proven by modern scientific evidence to be in fact innocent. In any event, even killing those truly guilty of a serious crime won't restore the murder victim to life. Although I'm an introvert by nature, I wouldn't want to be isolated from contact with other caring people. Christ said that we should visit prisoners, so I agree that it's in Christian to prohibit or limit visitors from those in prison. I feel that preparing prisoners for life in society is beneficial both for the prisoners, their family and friends, and the community at large.