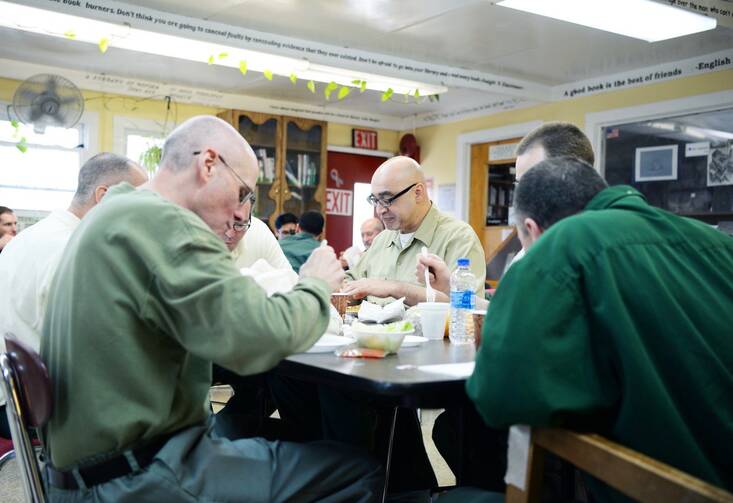 “You will get the health care you need, but not right away. They will delay your care by downplaying your symptoms. They will not adequately respond until your symptoms get worse or critical. They do that because they look down on you.”

These were thoughts shared by an inmate—I will call him “Frank”—who has been incarcerated for over 20 years. He was attending a spiritual retreat, held by the Thrive For Life Prison Project behind prison walls. I was there as a volunteer minister, and we talked about health care between retreat activities that included group meditation, prayer and faith sharing. After the retreat, I kept thinking of his words: “They look down on you.” Is it that simple?

“They will delay your care by downplaying your symptoms. They will not adequately respond until your symptoms get worse or critical.”

I am mindful that the paramount concern of all prisons and jails is the safety of inmates, staff and volunteers. Most other issues, including health care, are secondary. This is understandable, but it still seems unfair when security eclipses health and well-being.

For nonemergency care, an inmate must first submit a form requesting medical attention. Depending on the security level of the facility, the inmate might be required to have a correctional officer escort him or her to the in-house medical unit. Because of staffing and officer shortages, the wait for medical attention will be counted in days, not hours.

Many inmates complain that the medical staff does not take their concerns or symptoms seriously, or that staff members wait until their symptoms get worse before approving surgery. A study in 2017 by the Pew Charitable Trusts found that health care accounted for about one-fifth of all prison expenditures, though annual spending levels varied widely by states (from $2,173 per inmate in Louisiana to $19,796 in California). Do financial considerations impede adequate medical care?

Before getting approval for a significant medical procedure, like a colonoscopy or surgery, an inmate must visit a specialist off the grounds of the jail or prison. If approval is granted, the inmate must again be transported offsite on the day of the procedure. In transit, all inmates are shackled; they are generally given a bologna sandwich for the excursion, which can take all day as other inmates are dropped off and picked up.

If a security issue within the jail or prison arises, like a fight between prisoners, on the day of a surgery, the medical trip might be suddenly canceled, even if the inmate in need of medical attention is not involved in the fight. The inmate may have been waiting months for that day, and more months may pass before the procedure can be rescheduled. Similar delays may occur with post-procedure care for anything from a routine colonoscopy to cancer surgery, causing unnecessary health and financial complications.

If a security issue within the jail or prison arises on the day of a surgery, the medical trip might be suddenly canceled.

Frank shared with me the experience of his hernia operation. He was in so much pain after the surgery that he could not stand up straight. A corrections officer had to put on Frank’s pants for him. He was subsequently shackled and placed in the van for the jolt-filled ride back to the prison.

One issue Frank did not mention was the vulnerability caused by physical pain. If infirmity makes an inmate weaker, he or she can be at greater risk of violence from other inmates when trying to perform basic tasks like showering or going to the cafeteria.

Given the constellation of challenges surrounding inmates’ medical needs, it is no wonder that many of them will forgo medical attention for as long as possible, perhaps too long.

And what if an inmate is in need of emergency care? There are many horror tales. One infamous example is that of Carlos Mercado, whose story is recounted by Dr. Homer Venters, the former head of New York City’s correctional health services, in his book Life and Death in Rikers Island. During his initial 24 hours of “processing” in Rikers Island, Mercado died of diabetic ketoacidosis due to a lack of insulin. He kept telling the corrections officers that he needed insulin, but the officers told him he was suffering from narcotic or alcohol withdrawal and gave him a barf bag.

Does such inadequate medical care occur because, as Frank believes, staffers look down on him as undeserving of all of the care and attention? Of course, not all corrections officers and medical personnel are the same. Frank says as much, admitting there are those who look directly into his eyes with genuine concern for his medical needs.

But even with compassionate medical staff, security is often an obstacle. Dr. Venters wrote: “[u]sing our clinical skills on behalf of our [inmate] patients was accepted only within the limits of what the security service deemed acceptable.”

Behind the wall, inmates have no choice. Their general wellbeing and health care are dependent upon others. This includes issues like mental health, substance abuse, dental care and unhealthy prison food that can cause short- and long-term ailments—which also increases the cost of inmate health care.

One inmate told me: “There is no accountability on the [prison] medical staff. I continue to live with pain and anxiety about my health.” He fears his unaddressed medical issues “may be life threatening.” Sometimes, all an inmate can do is pray for the patience to endure and survive a system of inadequate care. 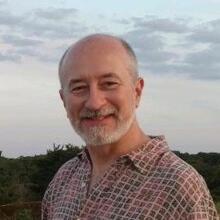 John T. Booth is a trial attorney with the New Jersey Office of the Public Defender, a volunteer prison minister with the Thrive for Life Prison Project in New York and a spiritual director at St. Francis Xavier parish in Manhattan. He lives in Jersey City, N.J.

I wish I had free health care. Do you have any idea what it costs to insure and pay for health care for a family of 6 these days?

I had a relative who was in jail in Florida for a couple of years. For several months before his release, he complained of problems with his throat. They gave him antibiotics. When he was released, he went to a clinic and was pretty quickly diagnosed with throat cancer. The clinic staff could not understand how it could have been misdiagnosed in prison. My relative's crime was serious, but was not a capital one. Unfortunately, he was given a death sentence, though; he died a few years later from cancer.

it's hard to see the need for equality and human rights when I see us vs them and I'm better than they are. Oversight is badly needed in the department of corrections. Hurt people, hurt people with words and actions. We are called to heal the body, mind, and spirit. Mindfulness is key.