In defense of a classical education 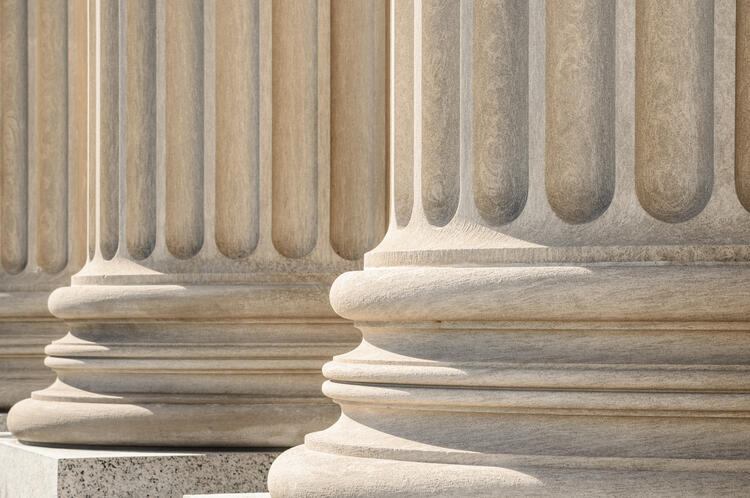 Listen to Jeremy Tate on the value of a classical education with the hosts of Jesuitical:

Classical education is making a comeback in America.

Over the past few decades, hundreds of new classical schools have launched in the United States, each with the traditional educational aim of not only teaching their subject material but also the cultivation of virtue. Perhaps the most substantial area of growth for this model of education has been in the homeschool arena: One homeschool organization alone, Classical Conversations, boasts a membership of well over 100,000 students.

It is not just a coincidence that so many civil rights activists have had a classical background.

But there is another story to tell. Visitors to Frederick Douglass’s home in the Anacostia neighborhood of Washington, D.C. discover a bust of Cicero in the parlor, and his autobiography includes a treatise on the influence of ancient philosophers. W. E. B. Du Bois casually drops allusions to Greek mythology and passages of medieval poetry into his discussion of the failures of Reconstruction. Anna Julia Cooper constructs her argument for Black women’s education with examples drawn from the history of classical Athens and the feminine luminaries of the Renaissance.

What is it that these bold activists saw in this tradition of culture and education to lay hold of? Were they wrong? I don’t believe they were.

It would be foolish to pretend that classical education has never been a pretext for arrogance and hypocrisy. But abandoning the tradition would still be a bad choice, even if there were nothing more to say about classical education than that. It is not just a coincidence that so many civil rights activists have had a classical background. This kind of education opens us up to the riches of our civilization, and inspires people to see both the higher values (including virtues like prudence and temperance) and possibilities of the world, and devote themselves to the hard, creative work of realizing those possibilities.

The Rev. Martin Luther King Jr. is a perfect example. In his brilliant Letter From a Birmingham City Jail, he invokes one of the great theologians of antiquity:

One may well ask, “How can you advocate breaking some laws and obeying others?” The answer is found in the fact that there are two types of laws: there are just laws, and there are unjust laws. I would agree with St. Augustine that “An unjust law is no law at all.” Now, what is the difference between the two? How does one determine when a law is just or unjust? A just law is a man-made code that squares with the moral law, or the law of God. An unjust law is a code that is out of harmony with the moral law.

Next he moves on to medieval Christianity’s most influential theologian:

Dr. King then finishes with an appeal to a more contemporary authority on ethics:

To use the words of Martin Buber, the great Jewish philosopher, segregation substitutes an “I-it” relationship for the “I-thou” relationship and ends up relegating persons to the status of things. So segregation is not only politically, economically, and sociologically unsound, but it is morally wrong and sinful.

These three citations, following upon one another, show us more than just Dr. King name-dropping a few “Greats” from the canon to impress his readers. Dr. King is making an ancient and sophisticated philosophical argument, building a case for Black civil rights—and implicitly, all civil rights—grounded in his thorough understanding of these theologians.

To dismiss classic literature as “dead white guys” does a great disservice not only to the books themselves, but to young people we are trying to educate.

This is not a man whose classical education and seminary training moved him to condone injustice and complacency from white society; nor is it a man who picked up some scraps here and there that he thought sounded good and plugged them into an irrelevant argument. This is a scholar making an argument that is rooted in and nourished by a tradition of literature, theology and philosophy stretching back to Socrates and beyond. Dr. King clearly not only understood these books, but actively engaged with them and found within them a basis for dignity and hope. These books were not the bulwark of oppression, they were sources of the very ideas, words and actions that brought oppression to its knees.

Moreover, to dismiss classic literature as “dead white guys” does a great disservice not only to the books themselves (many of whose authors, like Dr. King or St. Augustine or Mary Shelley, were not white or guys), but to young people we are trying to educate. Everyone has a right to this material. The novelist Saul Bellow once asked “Who is the Tolstoy of the Zulus?” The journalist Ralph Wiley replied, “Tolstoy is the Tolstoy of the Zulus. Unless you find a profit in fencing off universal properties of mankind into exclusive tribal ownership.” Tolstoy is not the exclusive property of Russia: He is, in the old sense of the word, catholic.

Of course, some people worry that what this means in practice is not bothering to pay attention to Zulu writers because we already have Tolstoy. I am not endorsing that. We should by all means read smart, interesting authors no matter where they come from. The “Western canon” itself is always expanding; two hundred years ago, we literally could not have assigned Jane Eyre or The Great Gatsby as coursework. But we have to start somewhere, and we have to reckon with the civilization we find ourselves in and the history it has bequeathed to us, if we seriously intend to lead intelligent and virtuous lives in it. The Western canon gives us a point of reference, no matter where we go from there.

A defense of learning Latin and Greek (Also: Why does it even need defending?)
Kevin Spinale

Classical education is countercultural. It’s time to bring it back.
Matthew D. Walz

We can do that without being naïve about the classics of Western thought either; they have their bad points as well as good ones. For example, Aristotle formulated a defense of slavery that did serious and systemic damage throughout history, particularly American history. But engaging critically with the Western tradition is itself an illustrious part of that tradition. The solution to flawed ideas is to answer them, not hide from them. What are the writings of James Baldwin, Friedrich Nietzsche, Thomas Jefferson, Mary Wollstonecraft or Copernicus if not intelligent criticisms of and advancements upon what had come before them? What was Aquinas if not an intellectual revolutionary, one who himself came under scrutiny for his use of new sources from antiquity in conversation with traditional medieval philosophy and theology?

Classical education provides students with exactly the analytical tools that they need—logic, philosophy, rhetoric, poetry, history—to both grasp and critique the great books, taking both their original context and their modern significance into account.

It might be worth our while to ask if we could also, just maybe, learn something from these flawed old books. A little humility is an essential ingredient in any education; it is impossible to learn if you will not first sit still and listen. This passage by C. S. Lewis, from an introduction he composed for a very old book indeed, St. Athanasius’ On the Incarnation of the Word, sums up the attitude that perhaps each of us should have toward classical literature:

Every age has its own outlook. It is specially good at seeing certain truths and specially liable to make certain mistakes. We all, therefore, need the books that will correct the characteristic mistakes of our own period. And that means the old books... Not, of course, that there is any magic about the past. People were no cleverer then than they are now; they made as many mistakes as we. But not the same mistakes. They will not flatter us in the errors we are already committing; and their own errors, being now open and palpable, will not endanger us. Two heads are better than one, not because either is infallible, but because they are unlikely to go wrong in the same direction. To be sure, the books of the future would be just as good a corrective as the books of the past, but unfortunately we cannot get at them. 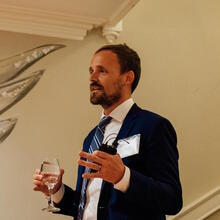 Jeremy Tate is the founder and CEO of the Classic Learning Test (CLT), a humanities-focused alternative to the SAT and ACT tests. He lives in Annapolis, Md., with his wife and six children.

@JeremyTate41
Provide feedback on this article
Join the conversation: Login or create an account
Before you can comment, you need to update your profile to include your first and last name, as required in our comments policy. Then reload this page and you'll be set up for commenting. Update your profile