A defense of learning Latin and Greek (Also: Why does it even need defending?) 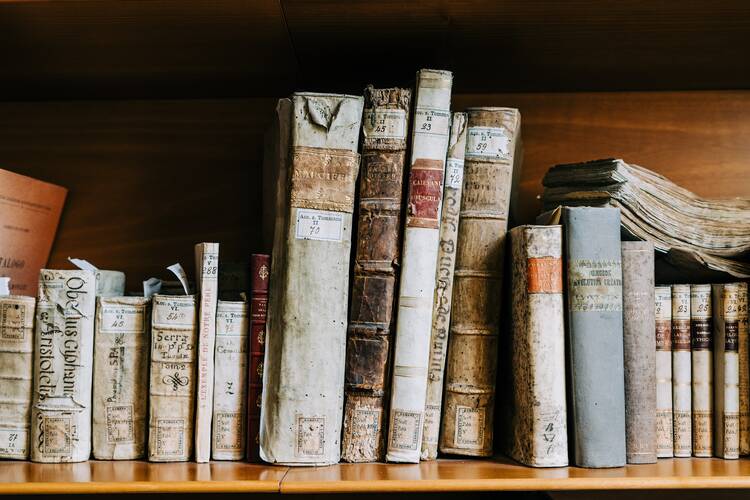 There is no assessment more objective than a written exam in an ancient language. Such a test measures recall of and facility with a language that exists only on the printed page, one governed by a finite number of grammatical indices and surviving texts. For a specialist in ancient languages, translation is at the heart of demonstrating such objective skills.

Translation allows for creativity, even idiosyncrasy. Yet even translation has its objective limits. A Latinist or specialist in Ugaritic knows when a translation is a clever, fluid interpretation of an ancient concept, and when it departs entirely from the sense of the words fixed in stone or scroll so many centuries ago.

I would hope that someone formally associated with a literature fixed first in languages such as Latin and ancient Greek, perhaps someone who has taken up Classics as a major in college, would have acquired, through much labor, the specialist’s skill in translating a text from Latin or Greek with precision. As one of my former teachers (I spent eight years studying Latin and Classical Greek) wrote me this week after hearing the news that Princeton University is dropping the requirement for knowing Latin and Greek to major in Classics, “The thought of having to rely on someone else to tell me what Thucydides ‘really meant’ is abhorrent.”

“The thought of having to rely on someone else to tell me what Thucydides ‘really meant’ is abhorrent."

Indeed. And yet to farm out the interpretation of any difficult text to some third party seems the default mode of most American students, even when they work in English.

Princeton University’s decision is a frightening one and augurs ill for the future of the field. One can see their reasoning, even while recognizing it as faulty: It is only important that students learn Greek and Latin if the ability to interpret difficult texts for oneself and by oneself is important. If such facility is frivolous—a meaningless ability when one has trusted translations of most ancient texts immediately within internet reach—then perhaps the tedium of becoming a specialist in Latin or Greek is not worth it. It is intellectual energy expended uselessly, labor directed solely to the passing of the objective assessments that are the gateway to the field. It simply is not worth it.

There are no ancient texts more mined and sifted and analyzed than those that make up the New Testament. Every jot and tittle of New Testament Greek has been scrutinized and fully parsed in the last 200 years. At my own desk, I have Smyth’s Greek Grammar, Zerwick’s A Grammatical Analysis of the Greek New Testament, the “Middle Liddell” Greek lexicon and my Nestle-Aland Novum Testamentum Graece; this is not to mention Bible Hub and its many peers available on the internet, as well as the massive lexical resources of the Perseus Digital Library, an online Classics database maintained by Tufts University. I do not need to know Koine Greek or Vulgate Latin in order to analyze the New Testament and come to know it well. I even have a resource that compares eight different English translations of the New Testament.

With all this gear, why would anyone need to know anything about Greek beyond which letter denotes which sound? Why would even a New Testament scholar need to learn Ancient Greek? He or she could expend intellectual labor on more profound pursuits, like Heideggerian therapy for ontological accretions in New Testament hermeneutics.

Why learn Ancient Greek? One could expend intellectual labor on more profound pursuits, like Heideggerian therapy for ontological accretions in New Testament hermeneutics.

One of my favorite episcopal mottos is that of Cardinal Seán O'Malley, the archbishop of Boston: Quodcumque dixerit facite. These are Mary’s words addressed to the servants at the wedding in Cana: “Whatever he tells you, you make happen” (Jn 2:5). I love the sound of the Latin Vulgate, which is itself a good translation of the Greek original. The word order and mix of verbal moods makes the phrase that much more vivid. Mary asserts herself while she testifies to Jesus’ power. Knowing the phrase and the interplay of grammatical elements in both the Greek original and the Vulgate version enriches my grasp of what is happening in this exchange with the servants. Such knowledge also enriches my prayer.

Why bother with the humanities?
James T. Keane

Was eight years of language study in Classical Greek and Latin worth it? Was it worthwhile to expend such labor just to sharpen my comprehension of ancient texts? Is something that enriches my prayer worth it? I would say yes, because these texts and what they contain are so vital to my life. If the ideas and literature encased in ancient languages are existentially meaningful to a student, the student will find the wherewithal and resilience to learn an ancient language with competence.

Those who study Classics without the benefit of Latin and Greek will be forever beholden to translators—they will be dependent on the intellectual labor and ability of others. Perhaps the motto for an academic department that felt comfortable with such a situation could be a variation on Mary’s words at Cana:

Howsoever it is translated, you believe.

In whatever way it is found rendered, you make do.

Howsoever the passage is explained, you must trust.

Those are painful, hard-to-swallow mottos for any specialist dedicated to interpreting ancient texts and analyzing Classical ideas. Whatever you come across, take at face value. Such ways of proceeding seem uncritical when critical thinking seems so essential, so critical to any intellectual field.