Vatican: Catholics can get Covid-19 vaccines that used abortion cells 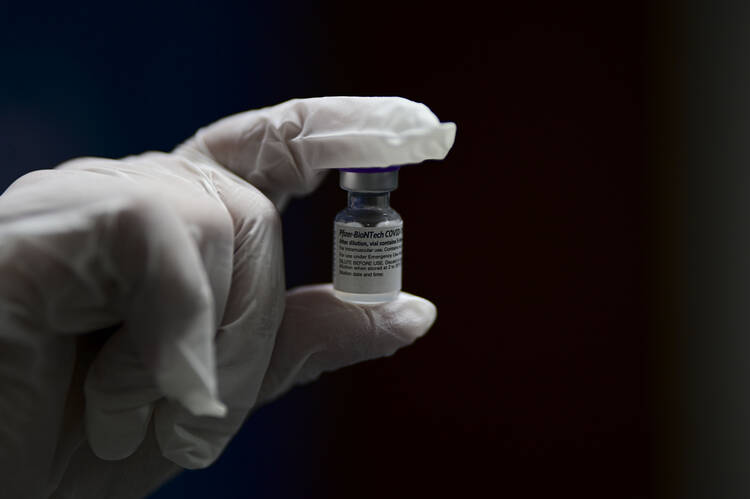 VATICAN CITY (AP) — The Vatican on Monday declared that it is “morally acceptable” for Roman Catholics to receive COVID-19 vaccines based on research that used fetal tissue from abortions.

The Congregation for the Doctrine of the Faith, the Vatican’s watchdog office for doctrinal orthodoxy, said it addressed the question after receiving several requests for “guidance” during recent months. The doctrine office noted that bishops, Catholic groups and experts have offered “diverse and sometimes conflicting pronouncements” on the matter.

Drawing on Vatican pronouncements in past years about developing vaccines prepared from cells derived from aborted fetuses, the watchdog office issued a statement it said Pope Francis had examined last week and ordered to be made public.

The Vatican on Monday declared that it is “morally acceptable” for Catholics to receive COVID-19 vaccines based on research that used fetal tissue from abortions.

The Catholic Church’s teaching says that abortion is a grave sin.

The Vatican concluded that “it is morally acceptable to receive COVID-19 vaccines that have used cell lines from aborted fetuses” in the research and production process when “ethically irreproachable” vaccines aren’t available to the public. But it stressed that the “licit” uses of such vaccines “does not and should not in any way imply that there is a moral endorsement of the use of cell lines proceeding from aborted fetuses.”

The most essential or most vulnerable: Who should get the coronavirus vaccine first?
Charles C. Camosy

In its statement, the Vatican explained that obtaining vaccines that do not pose an ethical dilemma is not always possible. It cited circumstances in countries “where vaccines without ethical problems are not made available to physicians and patients” or where special storage or transport conditions make their distribution more difficult.

In reassuring faithful Catholics that getting a COVID-19 vaccine would not violate religious doctrine, the Vatican also noted that while various vaccines might be distributed in a country, “health authorities do not allow citizens to choose the vaccine with which to be inoculated.” In those cases, it is morally acceptable to receive vaccines that have used cell lines from aborted fetuses, the Vatican said.

The Vatican said the vaccines used cell lines “drawn from tissue obtained from two abortions that occurred in the last century.”

The Vatican hasn’t said if and when Francis would be vaccinated nor which vaccine he might receive.

Frances D'Emilio - Associated Press
Provide feedback on this article
Join the conversation: Login or create an account
Before you can comment, you need to update your profile to include your first and last name, as required in our comments policy. Then reload this page and you'll be set up for commenting. Update your profile