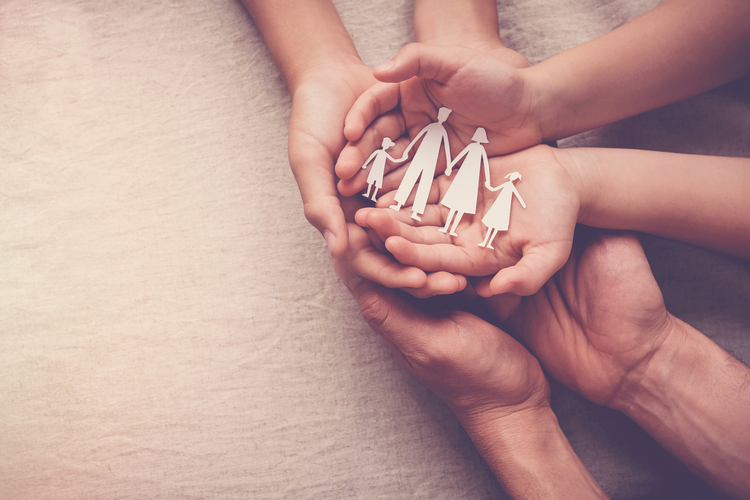 It hurts every time. The first time I remember reading about sex abuse in the Catholic Church was in 2002. I was studying theology in graduate school when the Boston Globe published its report on abuse in the Archdiocese of Boston.

A couple years later, after I got a job at the diocesan newspaper back home, victims stepped forward to name the pastor of our parish as an abuser. A few of the priests at the chancery told us the charges were false, but everything I read sounded true.

A few years after that, my boss pulled me aside to tell me that the new pastor, who had replaced the previous one, also had been accused. Later that year, I was working late and the father of one of the victims called my office. He was angry. He told me what my pastor had done to his son. His son was never the same and, after years of suffering, he killed himself.

Each time I hear one of these stories, it hurts again. It reminds me of my confirmation sponsor. He was also a guidance counselor at my high school. It reminds me how he took me under his wing as a fellow Latino. How he introduced me to other Latino kids and bragged that I spoke Spanish. And how, after he brought me to his house to teach me to play The Beatles’ “And I Love Her,” he molested me.

Years ago, I saw Theodore McCarrick, then a cardinal, speak during my sister’s graduation from the Catholic University of America. This was, of course, well before I had ever heard a whisper about his abuse of children and seminarians (but not before he did it). He walked with such presence through the crowds of students in their gowns. I admired him and I could not keep my eyes off of him. I didn’t know.

I’d held these men in such high regard. It hurts as much as it does precisely because I placed such deep trust in them. I feel betrayed each time. But somehow I also blame myself. Some part of me still believes I should have known better than to trust them.

With the publishing of the McCarrick report, we undoubtedly learned that the church still has a lot of work to do regarding sexual abuse.

With the publishing of the McCarrick report, we undoubtedly learned that the church still has a lot of work to do regarding sexual abuse. These lessons are long overdue. Yes, we do need lay supervisory boards. And yes, we need transparency. And yes, we need accountability and recompense.

But as a layperson, and as a father, I cannot continue to make myself dependent on ordained men. Not for this.

There is a propensity in my community to elevate priests above everyone else. At some Latino parishes, it is difficult to organize successful events without a priest or deacon being involved. It is like the presence of ordained men makes church events legitimate. (The Latino community is not unique in this.)

But things can change. In 2018, after the McCarrick news came out, I attended the V Encuentro national gathering in Grapevine, Tex. I was covering the event for America, and I wasn’t sure what to expect.

More than 3,200 people came together from across the country, and the lingering cloud of the abuse crisis was on everyone’s mind. But while the response in many parts of the church had been to chastise bishops, this group instead offered to help.

Some things are too important to leave to the wrong people.

This may sound contrary, but I think of it this way. Have you ever tried to cook something in your grandmother’s presence? The few times I have, inevitably my grandmother would step in and say, “Let me help you.” This is abuelita wisdom. I’m doing it wrong, and as she fixes it, she shows me how. Some things are too important to leave to the wrong people.

When it comes to sexual abuse, the wrong people are in charge. If we continue to expect bishops to take care of this for us, we perpetuate a fundamental problem. We enable clericalism. We must set that aside and take over.

For me, as a father, it starts at home. From an early age, I have talked to my son about sexual abuse. (I learned to do this during a mandatory Safe Environment training at church.) Those conversations can sometimes be uncomfortable. But I know what can happen if things aren’t talked about.

We can only protect our children together.

We also have to be vigilant together in our communities. We can only protect our children together. It is not just clergy or confirmation sponsors that are predators, but also uncles and aunts, cousins and siblings, teachers and neighbors. It could be anyone.

We must be intentional about creating a culture that protects our children. We need to have relationships with our children and with our community that make this possible. The culture built through these measures believes children when they come forward and can identify predatory behavior in others. This kind of community is made of parents who have open, loving relationships with their kids. No topic is taboo.

No bishop can do this. Only we can. The hard work of addressing the sexual abuse crisis in our families and in our communities won’t happen overnight, but it must happen. So let us begin. Again.