The McCarrick Report lacked an independent investigator. It shows. 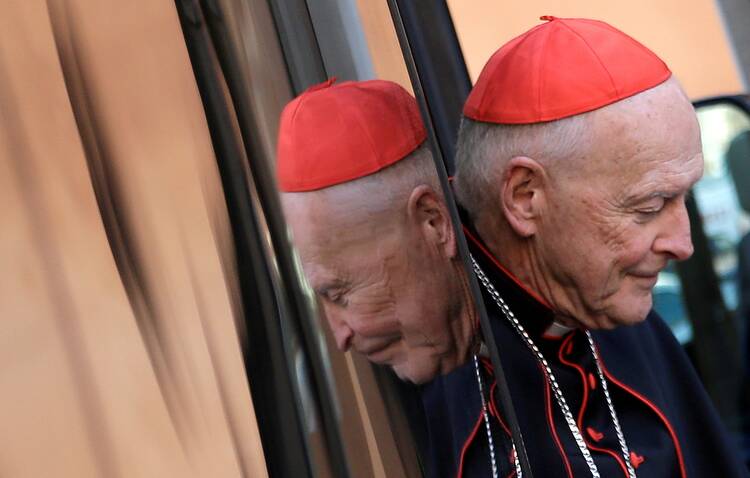 The release by the Vatican Secretary of State of the “McCarrick Report” on Nov. 10 was a signal moment for the Catholic Church, an unprecedented reckoning with corporate and personal failings on an issue where honesty and transparency have too often taken a back seat to self-preservation. The U.S. church—from bishops and cardinals all the way to the folks in the pews—waited two long years for this account of who knew what and when; some of Mr. McCarrick’s victims have waited decades longer. It is important to recognize their suffering and the courage they have shown in persevering in the quest for truth and justice.

The report is a necessary and welcome step in the right direction. The church has come forth with a substantial public report that admits failure and injustice. It is also important to remember one way in which this process fell short.

It is difficult if not impossible for any organization to impartially investigate itself.

In the aftermath of Archbishop Carlo Maria Viganò’s explosive (and largely discredited) 2018 public letter accusing Pope Francis of reversing restrictions Benedict XVI had imposed on Theodore McCarrick, the U.S. bishops asked the Vatican to appoint an independent board of laypersons to review Mr. McCarrick’s history and what actions were taken to sanction him or restrict his ministry. Why? Because it is difficult if not impossible for any organization to impartially investigate itself. Corporations hire outside auditors for exactly this reason. It is human nature to protect one’s own interests and reputation. In almost all circumstances it is better to ask an impartial party—or, indeed, a devil’s advocate—to lead any such investigation.

While it conducted an extensive internal investigation, the Vatican never followed through on the request for a lay board. As a result, areas of the McCarrick Report that seem opaque or defensive can cause readers (and certainly reporters) to wonder if every conclusion in the McCarrick Report’s 400-plus pages is offering a full disclosure of what Vatican officials knew.

If and when the church has to undergo this terrible process again, those in charge of the reporting should not be those with the most at stake in the reputation of the institution. There are, after all, more than a billion lay Catholics who care deeply about the protection of children and vulnerable adults.