What does the Supreme Court ruling mean for L.G.B.T. employees at Catholic institutions? 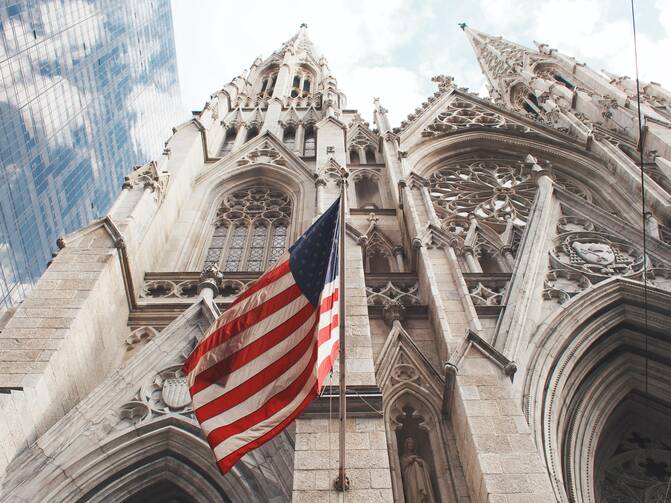 Photo by Štěpán Vraný on Unsplash

A few weeks ago, L.G.B.T. people celebrated a ruling from the U.S. Supreme Court that said workplace non-discrimination laws cover sexual orientation and gender identity. But many L.G.B.T. employees working for Catholic institutions held their breath, wondering how the decision might affect them. Earlier this week, the court offered some answers by deciding a pair of cases involving two former Catholic school teachers who had sued their employer for workplace discrimination.

The court sided in a 7-2 decision with the two California Catholic schools. In one instance, Kristen Biel sued St. James Catholic School, claiming she was fired after revealing she had cancer. When Ms. Biel’s contract was not renewed, she claimed the school had violated her civil rights. Ms. Biel died last year at age 54. In the other case, Agnes Morrissey-Berru sued Our Lady of Guadalupe School, arguing her contract was not renewed because of her age. The schools denied those allegations but argued its ability to hire and fire teachers was protected by the ministerial exception.

The court ruled that the lawsuits brought by the teachers were invalid because part of the job description for each teacher included a religious function and religious organizations are free to choose ministers without regard to civil rights laws. The teachers argued that their jobs did not involve ministry, but the schools said they did, because they taught religion alongside other subjects and led students in prayer. The court sided with the schools and said that ministerial exception shielded the schools from the lawsuit.

How does this ruling affect L.G.B.T. employees at Catholic institutions?

Though neither teacher in the two cases decided this week identify as L.G.B.T., legal scholars and theologians say the decision could have a big impact on that community.

In recent years, many high-profile firings at Catholic institutions, especially schools and parishes, have involved L.G.B.T. people, often after an employee marries a person of the same-sex. Many fired employees have sued their former employers, arguing that their jobs were not primarily about ministry and thus non-discrimination laws should apply to them.

“The unfortunate news for L.G.B.T. employees working in a religious context is that we did not get protection under the Bostock decision."

“The unfortunate news for L.G.B.T. employees working in a religious context is that we did not get protection under the Bostock decision from a couple of weeks ago and we are subject to the same immunity announced in today's decision,” said J. Patrick Hornbeck, who chairs the theology department at Fordham University and is also pursuing a law degree at the school.

But Mr. Hornbeck said the decision “doesn’t mean that an employer necessarily will or needs to discriminate.” And he hopes Catholic institutions will assure their L.G.B.T. employees that they will not discriminate against them.

Many Catholic colleges and universities, as well as hospitals and nonprofits, include sexual orientation in their nondiscrimination policies. Those assurances may not offer much protection though, as the school that decided not to renew Ms. Morrissey-Berru’s contract, the teacher in her 60s, included a statement against age discimination in its employee handbook.

The court already ruled in favor of the ministerial exception in 2012 in a case referred to as Hosanna-Tabor. So what does this latest decision do?

As for this most recent decision, legal analysts say that it affirms a unanimous decision from 2012 that protects the rights of religious organizations to choose its ministers. But it also affirms that ministerial work goes beyond ordained leadership and shows the reluctance of justices to get involved in deciding who counts as a minister.

“It’s certainly an affirmation of prior rulings and it also clarifies where the ministerial exception comes from and why it’s so important for religious organizations to be able to select the individuals who carry out their religious functions,” said Luke Goodrich, vice president and senior counsel at the religious liberty law firm Becket, which represented the schools.

But what was novel about this week’s decision, he said, is that it recognizes the input of the employer in determining who counts as a “minister,” which is less about job title than it is about job function.

“The court said it’s important that the religious organization’s view [on which employees act as ministers] is very important for courts to take into account,” Mr. Goodrich said.

“This is one of those cases where you need to distinguish between morality and law.”

Does that mean that L.G.B.T. employees at Catholic institutions are in danger when it comes to job security?

Probably, though with some creativity and good will, individual employers affiliated with the church could offer protections, because simply having the right to fire employees based on protected statuses, including sexual orientation and gender identity, does not mean they should, said Cathleen Kaveny, who holds appointments on the faculty of law and theology at Boston College.

“This is one of those cases where you need to distinguish between morality and law,” Ms. Kaveny said.

Catholic leaders have successfully argued that the entire purpose of Catholic schools is to pass on the faith and that ministerial exception should not be reserved simply for religion teachers. In her dissent, Justice Sonia Sotomayor wrote that she worried the decision expanded ministerial exception “far beyond its historical narrowness” and that thousands of teachers, as well as “countless coaches, camp counselors, nurses, social-service workers, in-house lawyers, media-relations personnel, and many others who work for religious institutions” may no longer have civil rights protections as a result.

Still, the decision shows that the court is hesitant to get involved in a church’s internal management decisions.

“There are so many dangers that are involved when the courts go into adjudicate these matters,” Ms. Kaveny said. “It’s not worth the risk.”

As for L.G.B.T. employees at Catholic institutions, Ms. Kaveny said, “I think their situation is more precarious than it was a year ago. That’s why I think advocating for internal protections or contractual protections is another way to go.”

“I want to ensure that the full human dignity of L.G.B.T. people is protected.”

Determining what counts as “unjust” discrimination could be complicated, she conceded, but it is a conversation that has to take place. Then, employers should be explicit about their expectations in employee handbooks but should also offer protections for employees to make their case to church authorities.

“I’m really not in favor of seeing law as an ‘all or nothing’ matter, either you’ve got federal law protecting you or you’re a sitting duck,” Ms. Kaveny said. “There are other ways of coming up with protections that don’t threaten the church’s freedom to articulate it’s religious mission and those are protections the Catholic community internal unto itself needs to work on developing.”

As for whether the church will protect its L.G.B.T. employees, Mr. Hornbeck says it is up to individual Catholics to make the case to church leaders, including bishops, pastors and lay men and women running Catholic institutions, as the law now clearly gives church leaders the right to decide who they want to hire and fire in a breadth of positions. But he said he understands the complexities of balancing rights in a pluralistic society.

“I want to ensure that the full human dignity of L.G.B.T. people is protected,” he said, “and at the same time, I think something would tremendously be lost if religious institutions were regulated exactly identically to every other institution in society.”