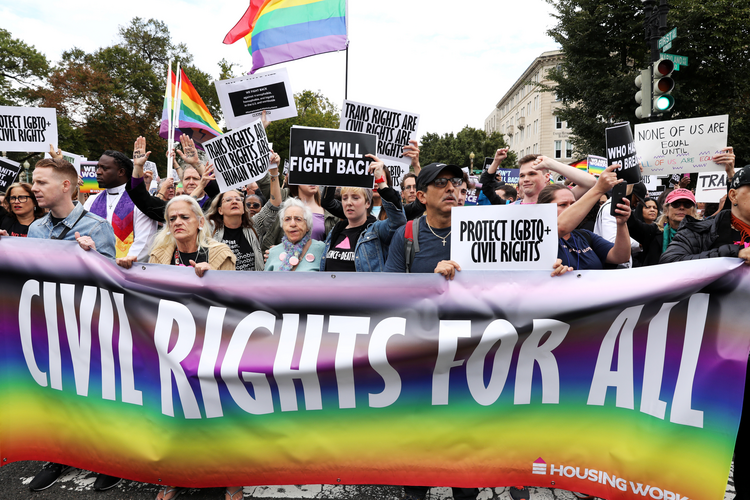 People working at faith-based organizations who have been fired because of their gender identity or sexual orientation will be able to sue their employers, the Supreme Court of the United States ruled on June 15, marking a major milestone for L.G.B.T. rights in the United States. In his majority opinion on the case, Bostock v. Clayton County, Justice Neil M. Gorsuch wrote, “An employer who fires an individual for being homosexual or transgender fires that person for traits or actions it would not have questioned in members of a different sex.” As a result, the employer violated Title VII of the Civil Rights Act of 1964, which, according to the U.S. Equal Employment Opportunity Commission, “prohibits employment discrimination based on race, color, religion, sex and national origin.”

But for L.G.B.T. people working for Catholic institutions, legal experts say, it is too soon to tell if the ruling will offer any new protection.

It is unlikely the ruling will protect many L.G.B.T. employees at many Catholic institutions.

How does the court’s ruling affect L.G.B.T. employees at Catholic institutions?

The simple answer is that it is unlikely the ruling will protect many L.G.B.T. employees at many Catholic institutions.

For a few reasons, but primarily because of something called the “ministerial exception,” which recognizes the right of churches and other religious communities to choose their own clergy and others who work in ministry-related fields.

Jennifer C. Pizer, senior counsel and director of law and policy for the L.G.B.T. advocacy group Lambda Legal, told America that the Supreme Court affirmed this right in 2012 in a case referred to as Hosanna-Tabor. In that decision, the court ruled unanimously that religious groups have the right to choose their own leaders.

In Hosanna-Tabor, the court ruled unanimously that religious groups have the right to choose their own leaders.

Parishes can also decide who is allowed to teach religious education, and Catholic schools can hire and fire religion teachers without regard to discrimination against protected classes, which now include L.G.B.T. people. Church musicians are commonly understood to be ministers as are directors of parish-based ministries such as food pantries.

In addition to ministerial exception, religious organizations are granted additional protections, including constitutional rights around religious liberty, as well as rights concerning the freedom of speech and association. But the exemptions from Title VII are not absolute.

Kimberly West-Faulcon, a professor of constitutional law at Loyola Marymount University in Los Angeles, said that other characteristics protected by federal law are not supplanted by the religious organization exception.

Catholic schools in recent years have fired L.G.B.T. people from teaching jobs, including posts that are not related to religion or theology.

“A Catholic school cannot say, ‘I’m not going to hire you as a teacher because hiring an African American person is contrary to the tenets of our religion,’” Professor West-Faulcon said. “That is not a permissible religious organization exception to Title VII. The question going forward is whether the previously very limited ministerial exception will become an exception that swallows the rule.”

What about employees who aren’t ministers or who don’t teach religion?

This is where things become a bit more complicated.

Catholic schools in recent years have fired L.G.B.T. people from teaching jobs, including posts that are not related to religion or theology. Many of these firings occurred after a teacher married a same-sex partner, which some church leaders have said constitutes a public act against church teaching that prohibits same-sex marriage.

Sometimes supporters of the fired teachers point out that they were not teaching religion or theology and argue that the ministerial exception should not apply. But some church leaders disagree, arguing that teaching itself is an act of faith, regardless of the subject, and thus all teachers at Catholic schools are to be considered ministers. Courts have generally shied away from putting themselves in the position of deciding who counts as a minister, leaving churches and other religious-based employers to decide for themselves.

Courts have generally shied away from putting themselves in the position of deciding who counts as a minister.

But that could change.

Ms. Pizer said it is too soon to tell how the Bostock ruling will affect L.G.B.T. teachers in Catholic schools because the court is considering another pair of cases related directly to the ministerial exception. That decision, which could come as early as next week, could shed more light on what kinds of positions the court considers constitute ministerial work.

Those cases are not related to L.G.B.T. issues. One deals with a claim of age discrimination and the other with disability protections. But both of the employers, Catholic schools in California, argued that they are exempt from lawsuits because of religious liberty issues.

There are many Catholic nonprofits. Should L.G.B.T. people who work for them feel protected in their jobs?

Again, it is unclear.

Leslie C. Griffin, a professor of constitutional law at the University of Nevada, Las Vegas, said more often than not, “the ministerial exception is set up so that you always believe the employer.” And in the context of the ruling on June 15, she said some religious employers will use religious freedom mechanisms to exempt themselves from it.

“Religious institutions are saying, ‘We have a religious right to treat gays and lesbians differently,’” said Ms. Griffin, who also submitted an amicus brief in the ministerial exception case awaiting the Supreme Court’s decision.

When it comes to Catholic colleges and universities, some already include sexual orientation in their non-discrimination policies and some have included gender identity as well. Ms. Griffin said that the institutions can still fire L.G.B.T. employees and claim the right under ministerial exception.

But Luke Goodrich, vice president and senior counsel at Becket, told America that invoking the ministerial exception is not as simple as labeling an employee a “minister.”

“It’s not based on labels, it’s based on the religious functions the employee is carrying out,” Mr. Goodrich said. He pointed to decisions where courts have rejected ministerial exception claims. Plus, he said, preserving the right for religious organizations, such as schools, to hire and fire based on their religious beliefs is broader than L.G.B.T. issues.

“If an employee at the school were making anti-immigrant statements, or making racist statements, or anything the school felt was contrary to their religious beliefs and practices that they’re trying to inculcate throughout the organization,” schools would be able to fire the employee based on religious freedom arguments, he said.

As for how Monday’s decision truly affects L.G.B.T. employees working for Catholic organizations, greater insight likely will not come until the court decides the ministerial exception cases. But all the lawyers interviewed by America said they believed one thing is certain: more lawsuits regarding religious employers and sexual orientation and gender identity are in store.

Show Comments ()
Join the conversation: Login or create an account
Before you can comment, you need to update your profile to include your first and last name, as required in our comments policy. Then reload this page and you'll be set up for commenting. Update your profile
Advertisement
More: LGBT / Supreme Court / Catholic Education 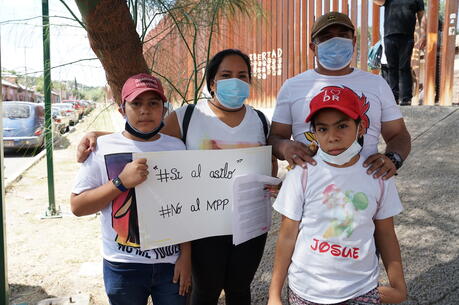 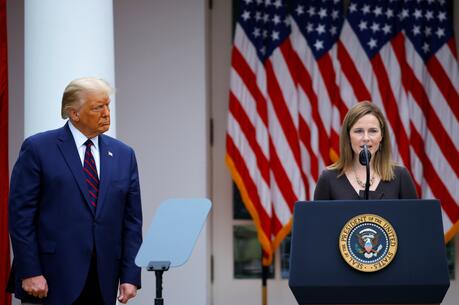