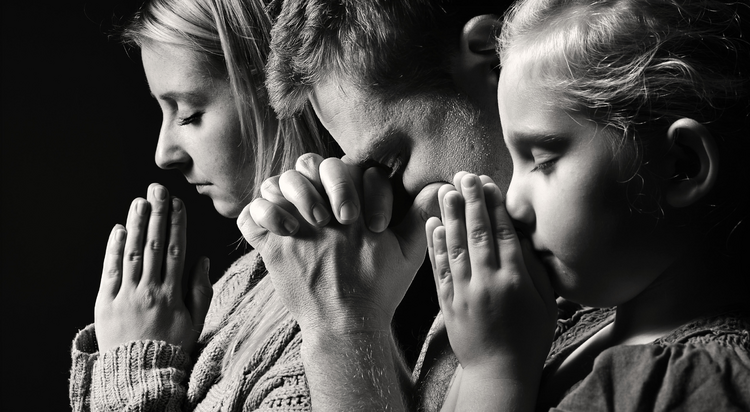 When Catholics recite the creed during Sunday Mass, they state that they “believe in one God, the Father, the Almighty, maker of heaven and earth.” But a new survey suggests that “one God” might not mean the same thing to all Catholics—much less all believers.

According to a survey being released today from the Pew Research Center, 80 percent of U.S. adults responded yes when asked, “Do you believe in God or not?”

Even among Catholics, there appears to be disagreement about what it means to believe in God.

The report asks those surveyed if their understanding of a “biblical” God aligned with three attributes: “all-loving,” “all-knowing” and “all-powerful.”

Natalia M. Imperatori-Lee, an associate professor of religious studies at Manhattan College, told America that it is a “success” for the U.S. church that so many Catholics embrace the idea of an “all-loving” God.

“We see how much evil is in the world, and we don’t want to think of a God that allows all that suffering."

“We seem to have effectively foregrounded that aspect of God,” she said. As for the lower percentage of Catholics believing God is all-powerful, Ms. Imperatori-Lee said she is not surprised, given how much suffering is broadcast to the world each day via mass media.

“We see how much evil is in the world, and we don’t want to think of a God that allows all that suffering,” she said, adding that she is not sure that a biblical definition of God must include an “all-powerful” aspect.

Seventy-three percent of U.S. Catholics agree that God will judge people for their actions, slightly higher than the 61 percent of Americans overall who hold the same belief. Evangelical Christians and black Protestants are the most likely to believe in a judgmental God, at 87 percent and 85 percent, respectively.

Broken down by political party, Republicans are more likely to believe in a judgmental God (74 percent) than Democrats (51 percent).

Among Christian groups, U.S. Catholics are the least likely to say they “talk to God” (84 percent) and that God “talks directly with them” (23 percent). Black Protestants report the highest percentage, with 97 percent saying they talk to God and 60 percent saying God talks back.

Luigi Gioia, O.S.B., the author of Say It to God: In Search of Prayer, said he is not surprised that relatively few Catholics say God talks to them. “Wisely, Catholicism insists not on God talking to us but on discernment of the many ways in which God leads us,” Father Gioia told America. “Talk about discernment implies interpretation, usually with the help of others and of ecclesial and humble spiritual wisdom.”

The Pew survey also asked if people feel that God has ever “protected,” “rewarded” or “punished” them.

The survey was conducted last December with 4,729 participants in Pew’s American Trends Panel, 845 of whom identified as Catholic. Panel members were recruited using random telephone numbers, but they completed the survey on the internet.

Editor’s note: A previous version of this story erroneously reported that the Pew survey was conducted via telephone.

Does this mean the definition of Catholic is meaningless?

Did they break it down by who goes to church each Sunday?

I was at a discussion a couple years ago where it was estimated that there are only about 50-75 million Catholics worldwide who are actual believers and the rest just check off the box when asked but do not practice their faith. And most of those who are believers were over 50 years old.

I can see a future article on America, "Can a Good Atheist be a Good Catholic?"

Submission for most ironic statement of year

success” for the U.S. church that so many Catholics embrace the idea of an “all-loving” God.

I agree that it's not possible for someone to be an atheist and a Catholic, and sad that even 2% of people who identify as Catholics don't_ believe in God. Also, although it would have o been useful if the pollsters had broken down the results by regular church attendance, sadly, since the great majority of Catholics don't attend Mass each week, we need to somehow encourage more of our Catholic family members, friends, neighbors, and co-workers to attend Mass each Sunday (unless they have a legitimate reason not to). Finally, although I'm glad that most Catholics (84%) talk to God, it's disappointing that among all Christians, Catholics are the least likely to do so. Although a very imperfect member of the faith, I talk to God everyday throughout the day. That is, I pray. Perhaps some of those polled didn't understand that "talking to God" in my view means prayer. Certainly, much education in the faith is needed, not only for children but for adults as well.

One hardly knows where to begin:

2% of Catholic evidently do not believe in God or a "Higher Spiritual Power"
which gives new meaning to the phrase "Cultural Catholics".

It appears that only 61 % of Catholics know the Nicene Creed.

What do the 19 % of Catholics who do not, evidently, believe that
God is "All Loving" believe about God ?

Professor Imperatori-Lee must have a low standard of success if she
holds that having 81 % of Catholics believing in an "All Loving God" is
to be applauded.

Her lack of assurety about an "All Powerful God" makes me wonder about
her Theological training and the irony of one of her last names.

If Luigi Gola O.S.B. really believes that Catholics are wise not to expect
God to talk to them, what then of the Conversions of the Saints who reported the Holy Spirit or Jesus speaking to them ?

If 21 % of Catholics believe that God rarely or never guides their lives
one can only wonder what the Holy Spirit does with most of His time.

When I was a boy the Parish Priest made one Sunday a month
"Catechism Sunday" where he would explicitly explain the faith.
Perhaps we need to return to that practice.

Meanwhile, Holy Spirit - roll up your sleeves, you have a lot of
teaching to do to a lot of misled Catholics.

If it is all the same to the editors, I do not believe Pew Studies.
If a Catholic survey was conducted, I expect the questions would be so properly phrased that the answers were able to mean what was being surveyed.

I don't understand the point of this article. Lots of figures but it only shows many were not raised correctly in the Faith.

This poll confirms one thing for me - that telephone or internet polls that assign people by self-identification are practically useless. Pew would do journalists a favor if they stopped taking these polls. The only people they fool are journalists and some academics. They fret about the lack of education or engagement of "Catholics," whereas the self-identifyng bucket capturs more than dissident, cultural Catholics or Catholics in name only (CINOs).

I have seen polls of this sort where over half are indistinguishable from agnostic secularists, on the sacraments, on moral beliefs, etc. Mischievous sorts use the polls to clamor for whatever pet doctrinal change they want.

Pew would do journalists a favor if they just used just 3 questions to identify Catholics (the accuracy will be proportional to the number of questions). These may not be the best ones but how about these: 1) Do you believe Jesus Christ is God and the Catholic Church is the one church He founded? 2) Do you know and in general believe the teachings of the Church; 3) Do you go to Mass and believe Jesus is really present in Holy Communion?

Tim,
Thank you for a voice of simple truth in America Magazine.

Just some thoughts. I want to focus on our Catholic belief, not accepted by 24% of Catholics, namely, that God is all powerful. I assume these 24% of believers also don't agree that God created everything that is and all that is still identifying with the “is” in a creation that is ongoing, multiversed, still on the fling off of Divine Fingertips, achieving the regularity of substance within the fruticious mantle of time, all this out of nothing! For the 24% 0f Catholics who do not believe in an all powerful God, If such activity is not “all powerful” what is?

Take too, the Sequoia of Northern California, a tree that can tower to 200 feet and live well beyond 1,000 years, or is it 2,000? Its gargantuous ability is packaged into a seed weighing 1/5000th of an ounce! If that’s not the work of the all powerful God, what is?

Speculating as a Believer, God’s power is rooted in Divine Law, some made tangible through the workings of Natural Law. All Natural Law has an upside and a downside. Take the Natural Law of Gravity. Without that Law nothing on earth could be stable, everything flying off into space. Gravity keeps everything in place, allowing an orderly dispersion of things. Gravity allows water to flow downward, making possible the quenching of thirst of things animate, providing also clothing and bodily cleansing also allowing rain to fall watering the earth productive to its vast yield of food, without which life on earth could not exist. That’s some of Gravity’s upside, everything promotive of life.

The Law of Gravity in its downside allows catastrophic happenings such as flooding, mudslides, the collapse of land, all bringing death and destruction. It is not God Who causes so much suffering. It is simply the necessary downside of a necessary and life-supporting upside of the Law. This is how Gravity works without which all creation would shrivel-up and die. God writes messages to you and me and all creation in the mud, one message saying “Omnipotence!” What is that? 24% of Catholics think they know. Some theologians and scholars are suggesting that the Omnipotence of God needs new definition. Respectful of the Church’s teaching, sounds good to me and maybe especially helpful to the 24% of us who do not believe that God is all powerful. Yes, there is so much we do not know about God!