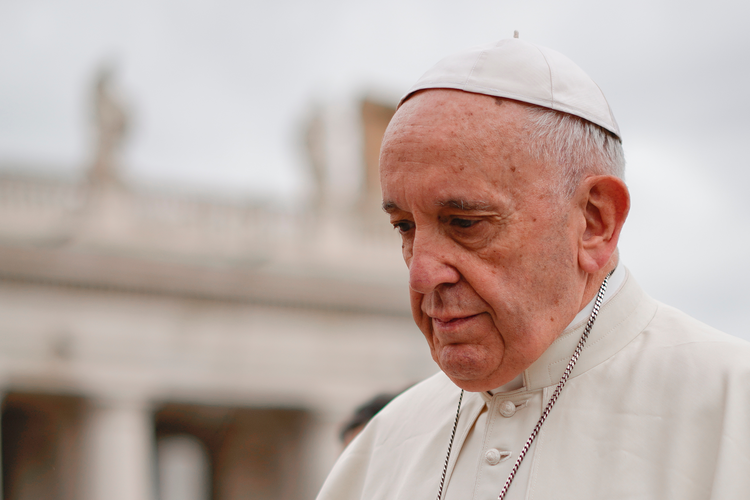 Pope Francis will host three Chilean victims of clerical sex abuse at Casa Santa Marta, the Vatican guesthouse where he lives, this weekend and will meet them “individually” and “let each one of them speak for all the time necessary.”

The Vatican announced this news on Wednesday morning and named the victims who will be his guests: Juan Carlos Cruz, James Hamilton and Jose Andrés Murillo.

All three were victims of the infamous Chilean priest predator, the Rev. Ferdinando Karadima, who was found guilty by the Vatican in 2011 of the abuse of minors in the 1970s and 1980s and was sentenced to a life of prayer and penance.

The Vatican statement, issued by Greg Burke, director of the Holy See’s Press Office, said, “The Pope will thank them for having accepted his invitation...[and] during these days of personal and fraternal encounter, he desires to ask their forgiveness, share their sorrow and their shame for what they suffered and, above all, listen to all their suggestions so as to avoid that such reprehensible facts be repeated.”

Francis invited the three victims to come to the Vatican after receiving a full report from Archbishop Charles Scicluna, the Vatican’s former chief prosecutor of clergy sex abuse cases, whom he had sent to Chile to listen to the victims at the end of February.

The Maltese archbishop, accompanied by the Rev. Jordi Bertomeu, a Spanish priest working in the Congregation for the Doctrine of the Faith, heard testimony from 64 people, including these three and other victims of abuse, Chilean bishops and priests, and representatives of the Diocese of Osorno, led by Bishop Juan Barros, the man the three accuse of being present when Father Karadima abused them. Father Karadima, now 87, mentored four Chilean bishops, including Bishop Barros, who denies being present when the abuse took place.

The pope has admitted that he had committed “serious errors” in the way he dealt with victims and the scandal.

Both before and during his visit to Chile in January, Pope Francis defended Bishop Barros and accused the victims of “calumny,” for making charges without proof. His staunch defense of Bishop Barros raised questions regarding his commitment to eradicating abuse and its cover-up in the church and suggested to some that he was more willing to listen to the bishops than to the victims.

On the plane back to Rome from Lima, Francis, who, it was later revealed, regularly meets with victims at the Vatican, appeared badly uninformed of the situation in Chile and of the plight of sex abuse victims. On his return to the Vatican, however, he understood the situation was not as he had long believed and so dispatched the Vatican’s top abuse investigator, Archbishop Scicluna, to Chile to listen to the victims.

Archbishop Sciluna and Father Bertomeu went first to New York to meet Mr. Cruz and then to Chile to meet other victims. They gave the pope a full briefing on their return from Santiago, together with a 2,300-page dossier. They told the pope, as Francis later revealed, that they “were overwhelmed with the sorrow of so many victims of grave abuses of conscience and power and, in particular, of sexual abuse committed by several consecrated persons against minors” who were denied an audience “and robbed of their innocence.”

Pope Francis “asks prayers for the church in Chile at this painful moment.”

After receiving the investigators’ report, Francis invited the three victims to meet him at the Vatican. At the same time, on April 11, he sent a letter to the Chilean bishops summoning them to Rome to discuss the measures that need to be taken “in the short, medium, and long term so as to re-establish ecclesial communion in Chile, with the aim of repairing so far as possible for the scandal, and re-establishing justice.” The bishops will come to Rome May 14 to 17.

In that letter, Francis spoke of his “pain and shame” on receiving the report of the abuse scandal and, in an unprecedented gesture for a pope, openly admitted that he had personally committed “serious errors” in the way he dealt with victims and the scandal.

“I fell into serious errors in the evaluation and perception of the situation, due especially to the lack of true and balanced information,” Francis wrote. “From here on, I ask pardon of all those that I have offended, and I hope to do so personally in the coming weeks, in the meetings that I will have with representatives of the persons interviewed.”

Juan Carlos Cruz, the best known of the victims, who now lives in the United States, arrived in Rome earlier this week and in interviews with the Chilean and international media spoke of some of the things he intends to tell and ask the pope when they meet.

He emphasized that he is truly grateful to Pope Francis for the opportunity to talk and said he wished to understand how the pope was so badly misinformed about the Chile situation, especially given that he, too, is Latin American. He wants Francis to hold accountable and remove from office the “toxic” bishops that were present at or covered up the abuse he and the others suffered. He will name these bishops, as well as Cardinals Francisco Errázuriz Ossa and Ricardo Ezzati Andrello—the former and present archbishops of Santiago, respectively—who defamed or maligned him or the other victims. He said he hoped the pope will also hold accountable those who misled or misinformed him, whether they be in Chile, Rome or elsewhere. He insisted that he did not want his meeting with the pope to be used as a “public relations exercise” and hoped it would be an in-depth encounter that would help prevent future cases of abuse anywhere else in the world.

The Vatican statement today concluded by saying that Pope Francis “asks prayers for the church in Chile at this painful moment” and “hopes that these encounters can be held in a serene, trusting climate, and be a fundamental step to remedy and avoid forever abuses of conscience, of power and, in particular, sexual [abuses] at the heart of the church.”

There is only one path forward: reassert Church teaching on the purpose of sex within heterosexual marriage, and adopt a guilty until proven innocent stance towards priests who by their actions, violate the trust of the community they are called to serve.

Until that is done, there can be no trust from anybody who has ever suffered from the abuse of pederasty.