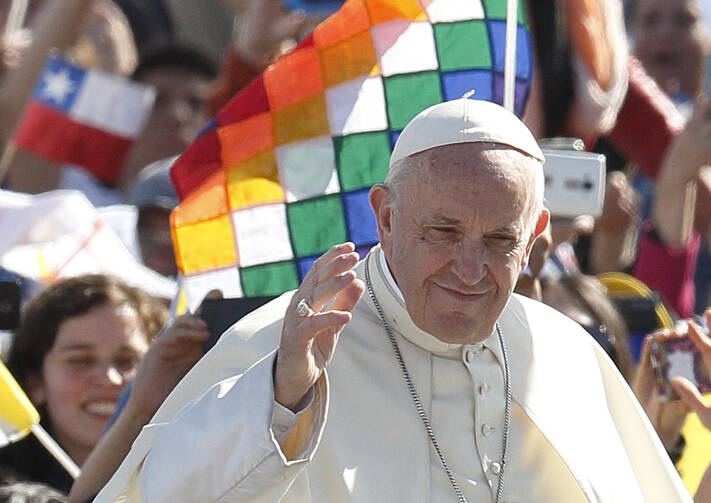 Seán O’Malley, the top adviser to Pope Francis on issues of clerical sexual abuse, weighed in on remarks made by the pope this week defending a controversial Chilean bishop that caused outrage to victims of sexual abuse. The Boston archbishop expressed support for victims and warned against using language that casts doubt on their stories.

"It is understandable that Pope Francis’ statements yesterday in Santiago, Chile were a source of great pain for survivors of sexual abuse by clergy or any other perpetrator,” the Boston archbishop said in a statement released Saturday morning. “Words that convey the message ‘if you cannot prove your claims then you will not be believed’ abandon those who have suffered reprehensible criminal violations of their human dignity and relegate survivors to discredited exile.”

Cardinal O’Malley said his “prayers and concern will always be with the survivors and their loved ones.”

Our prayers and concern will always be with the survivors and their loved ones. https://t.co/JKbiJltj62

After Chile, the pope headed to Peru.

A spokesman for Cardinal O’Malley told America that the cardinal is headed to Peru, a “previously scheduled” trip “not related” to the statement he released Saturday. Still, he said the cardinal will ”likely be with the Holy Father at some point as he normally is when he accompanies him on a Papal trip.”

Earlier this week, Pope Francis accused victims of Chile’s most notorious pedophile of slander, ending a visit meant to help heal the wounds of a sex abuse scandal that has cost the Catholic Church its credibility in the country.

Francis said that until he sees proof that Bishop Juan Barros was complicit in covering up the sex crimes of the Rev. Fernando Karadima, such accusations against Bishop Barros are “all calumny.”

The pope’s remarks shocked Chileans and drew an immediate rebuke from victims and their advocates. They noted the accusers were deemed credible enough by the Vatican that it sentenced Karadima to a lifetime of “penance and prayer” for his crimes in 2011. A Chilean judge also found the victims to be credible, saying that while she had to drop criminal charges against Father Karadima because too much time had passed, proof of his crimes was not lacking.

The pope’s remarks shocked Chileans and drew an immediate rebuke from victims and their advocates.

“As if I could have taken a selfie or a photo while Karadima abused me and others and Juan Barros stood by watching it all,” tweeted Bishop Barros’s most vocal accuser, Juan Carlos Cruz. “These people are truly crazy, and the pontiff talks about atonement to the victims. Nothing has changed, and his plea for forgiveness is empty.”

Cardinal O’Malley, who led a now-lapsed Vatican commission charged with understanding how the church can better protect children, which the Vatican says will be re-launched this year, said that because he does not know the specifics of the case involving Bishop Barros, he “cannot address why the Holy Father chose the particular words he used at that time.”

But he defended Francis’ approach to sex abuse more broadly.

“What I do know, however, is that Pope Francis fully recognizes the egregious failures of the Church and its clergy who abused children and the devastating impact those crimes have had on survivors and their loved ones,” the cardinal said.

The Editors: Pope Francis needs to restore trust in response to sex abuse crisis
The Editors

The Boston archbishop said he has witnessed firsthand how Pope Francis interacts with victims of sexual abuse and he highlighted the pope’s call that the church “must adhere to zero tolerance for these crimes are genuine and they are his commitment.”

Speaking about victims of sexual abuse, Cardinal O’Malley said: “We can never undo the suffering they experienced or fully heal their pain. In some cases we must accept that even our efforts to offer assistance can be a source of distress for survivors and that we must quietly pray for them while providing support in fulfillment of our moral obligation.”

“I remain dedicated to work for the healing of all who have been so harmed and for vigilance in doing all that is possible to ensure the safety of children in the community of the Church so that these crimes never happen again,” he said.

“Words that convey the message ‘if you cannot prove your claims then you will not be believed’ abandon those who have suffered reprehensible criminal violations of their human dignity and relegate survivors to discredited exile"
Did Pope Francis intimate that the victims' claims of abuse cannot be believed or was he strictly speaking about the claimed cover-up by Juan Barros?

I'm saddened that your article doesn't explore and inform beyond the common narrative found across all news providers as well as in all those other reports I have been reading. Nothing that would enlighten us about what Bishop Barros' responsibility may have been according to proof. All of these news and selected sources mysteriously intermingle the clear responsibility of Karadima with the alleged one of Bishop Barros, giving no evidence whatsoever except that single statement from one of the victims, which has not been done in a legal proceeding or under oath, subject to cross examination. However, the honor and reputation of any individual is also deserving of protection as much as the right for redress. And so if anything did happen that carried any responsibility -be that penal or civil- let there be a proceeding initiated and the matter adjudicated. But people cannot be engaged in witch hunts and at the same time hail the sacred principle that everybody's innocent until proven guilty.

The Pope here was also talking to power, in the same fashion he did it with Néstor Kirchner in 2005 or to president Trump or any of the other heads of state that he talks to as the Vicar of Christ. If he says what he said is because he was fully informed; we can't second-guess him without any substance. Even Cardinal O'Malley is reported in your article as admitting to not having any information regarding Barros. How can anybody offer any opinion on matters on which they have no information? That's preposterous, in my view, and wouldn't be tolerated in any other environment. I'm with the Pope, through thick and thin.

We have a situation today with sex abuse where an accusation is presumed to be true unless proven false, and one is guilty unless proven innocent. Moreover, this has metastasized to ever wider associates of the accused perpetrator, be it a superior who is guilty of not knowing or acting fast enough, or of an institution of not reacting fast enough. That has led to many miscarriages of justice, where innocent people are presumed guilty solely by association, without any need of evidence.

The Holy Father expressed deep regret and sorrow for the victims of Karadima, and completely accepted their substantiated claims of abuse. But, he is equally right to warn against the deep injustice of leveling unsubstantiated claims of guilt by association. He seems to have no evidence of any negligence by Bishop Barros, and is right to warn against the dangers of calumny. So, I think Cardinal O'Malley is not being fair in this controversy, if the media reports are accurate (a big IF when it comes to child sex abuse and the Church). He had an opportunity to make an important distinction and he failed to do so.

Pope Francis would accuse Harvey Weinstein's victims of lying. Where is his proof that the victims are lying?