How much do Catholic priests and their lay colleagues make? A new report gives answers. 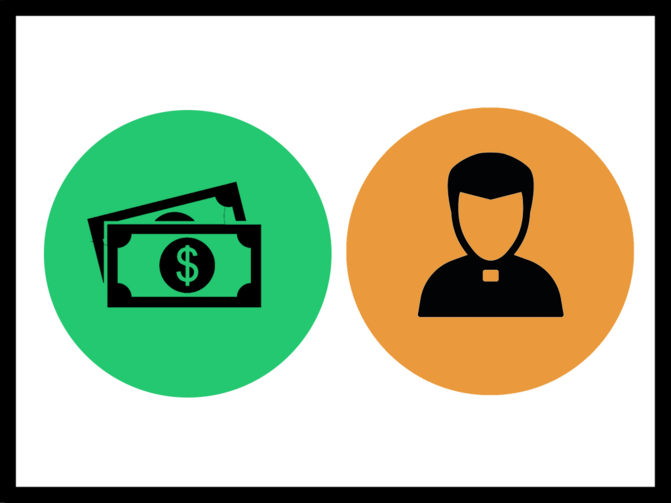 When it comes to the salaries of the many lay people helping to run the Catholic Church in the United States, the highest paid lay positions tend to be administrative: lawyers, finance directors and communications professionals. At the low end of the pay scale are pastoral positions, such as vocations directors and ministers serving prisoners and college students. As for priests, their salaries and other benefits, such as housing and car allowances, are on the rise.

Those are the findings of a recently released report commissioned by the National Association of Church Personnel Administrators and the National Federation of Priests’ Councils and conducted by the Center for Applied Research in the Apostolate at Georgetown University.

According to the report, a large gap exists between the median salaries of administrative positions and pastoral positions. The highest salaries in Catholic archdioceses and dioceses among lay employees are for lawyers, with a median salary of $141,091, while the lowest paid position for lay workers is that of vocation director, whose median salary is $26,348. (Though this salary information is for lay employees, the vocations director role is often filled by a priest.)

According to the report, a large gap exists between the median salaries of administrative positions and pastoral positions.

Mary Santi, the chancellor and executive director of human resources for the Archdiocese of Seattle, said it is important to note that lay employees in administrative positions often see their work as a form of ministry.

“People who work as finance officers or as H.R. directors, we see ourselves as working in ministry, it’s just a different form of ministry from someone who works as a director of religious education for a diocese,” she told America.

There are some regional differences when it comes to the highest paid positions in Catholic diocesan offices. In the Midwest, for example, real estate managers top the list, with a median salary of $200,000. Meanwhile, in the South, lawyers are not among the top five highest paid positions, but a director of cemeteries is (a median salary of $104,449) as is a director of construction, with a median annual salary of $94,363. (Cemeteries can be large sources of income for archdioceses and dioceses, and construction is on the rise as the South sees a boom in the number of new Catholics.)

When it comes to clergy, new Catholic priests, which includes bishops, can expect a salary somewhere in the mid-$20,000 range, with median salaries varying slightly depending on geography. The highest median salary for a new priest is in the Midwest, at $29,856, while the lowest median salary, $24,960, is found in the Central region, which spans from Minnesota to Texas. The maximum salary for priests ranges from $29,744 in the West region to $44,417 in the Midwest.

Diocesan priests do not take vows of poverty and according to canon law they should be paid enough to “provide for the necessities of their life” as well as to donate to charitable causes.

Michal Kramarek, a researcher at C.A.R.A., pointed out on the organization’s blog that salary is just a part of a priest’s overall compensation.

The national median total taxable income for priests is $45,593.

“The salary is the first, and often most substantial component of diocesan priest’s taxable income,” he wrote. “The second component, other taxable cash income, constitutes about 20 cents of every dollar of priests’ income and includes, for example, an allowance for housing and food as well as Mass stipends, retained stole fees, and bonuses.”

By comparison, the average compensation for full-time Episcopal priests is $75,355 per year, according to a 2015 report by the Church Pension Group. This includes nonsalary compensation such as the payment of school fees for children.

According to a 2013 survey by the Evangelical Lutheran Church in America, the average salary of Lutheran clergy ranged from $45,666 to $79,433.

The Rev. Tony Cutcher, president of the N.F.P.C., told America that he hopes the report “invites church finance administrators to put faces to the numbers they’re working on, that they see that if we truly are a Eucharistic church, then the very thing that gives us the Eucharist, priests, need to be taken care of in a very special way.”

Father Cutcher said he was surprised to find that priests generally do not receive any additional salary when assigned to lead multiple parishes, an increasingly common scenario as dioceses struggle with priest shortages.

“There’s virtually no difference wage-wise from pastoring one parish or five parishes,” he said. “There was no compensation for the extra stress or the extra time time those things take.”

Though there are exceptions, nearly all Catholic priests in the United States are single and do not have families to support, which Father Cutcher said leads many to believe that the salaries and benefits priests receive are generous. He shares that view, more or less, but notes that the survey does not address how priests spend their resources. He said many priests care for elderly parents or disabled siblings, for example, and others give parts of their income to charity.

But A. J. Boyd, a theologian and lay ecclesial minister based in Rome, argued on his blog that benefits for priests, such as highly subsidized seminary education, begin long before they run parishes. Plus, there are the other benefits not available to lay employees.

“There is no question the priest in such a scenario is ‘wealthier’—enjoying a higher standard of living, a nicer house, with greater stability, and less stress about making ends meet,” he wrote.

Is a living wage too much to ask the Catholic Church?
Valerie Schultz

The church is discerning its mission for the 21st century. These Catholic leaders got together to talk about it.
Kerry Weber

The report is available for purchase from N.A.C.P.A. and it includes detailed data about various positions in archdioceses and dioceses, as well as the benefits afforded to lay and ordained employees. The data is self-reported by a relatively small number of dioceses that responded to a survey from C.A.R.A.

Regina Haney, executive director of N.A.C.P.A., told America that the report, entitled “National Diocesan Survey: Salary and Benefits for Priests and Lay Personnel, 2017,” was commissioned to help “diocesan leaders provide a more just and equitable work environment for both priests and lay personnel. This data also is invaluable for recruiting and retaining excellent employees in our competitive workplace.”

Kerry Robinson, the founding executive director of the Leadership Roundtable, which promotes best business practices in the church, told America that to attract and keep talent, the church must enhance its efforts in “identification of talent, recruitment, job descriptions, compensation, performance development and promotion.”

“The church cannot survive without lay personnel,” she said. “Compensation is not the only barometer, of course, but it is one reflection of how we value laity and the particular roles laity fill in the church.”

Colleen Dulle, an America O’Hare fellow, contributed to this report.

These pastoral salaries are low, but housing is the largest single expense, and that is paid for for priests. I found it odd that the article mentioned priests caring for aging parents as if this should be a consideration in salary discussions because it would not be for lay people! All of the priests I've known could take trips to Europe, islands,and distant places. On a Catholic school teacher's salary, that was never an option! (Not a complaint, just a fact). The difference in Episcopal priest salaries is noteworthy because it is well known that congregations in Protestant churches often contribute much more weekly. One other fact, in my archdiocese the former lay Supt. of Schools was paid a 6-digit salary eclipsing all of the salaries in this article. It was shameful--and unnecessary. Our Church needs to do a lot more to be just to both priests and lay people.

Not sure why anyone working for the Church is paid over $ 100,000 a year.
I knew people in the Archdiocese of Seattle who were making $ 75,000 a year working for a Parish - doing what exactly was never clear but it was a very rich parish.