Review: A tribute to a teacher 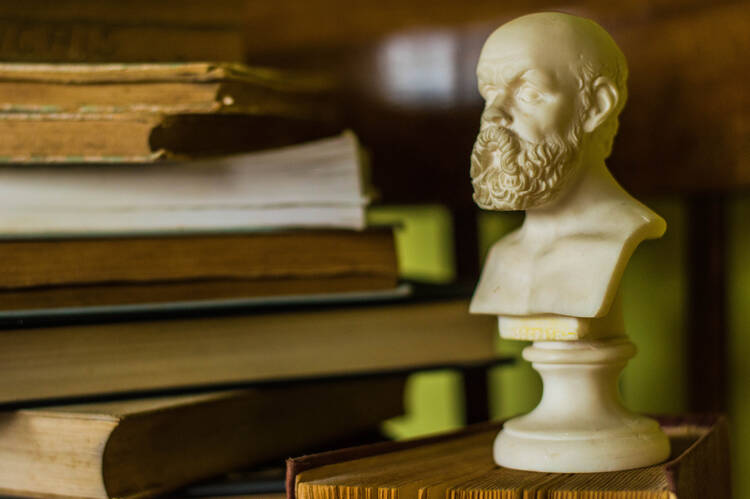 A bust of Socrates alongside classical tomes (iStock)

Much of Julian Barnes’s award-winning fiction has successfully and magically hybridized history, fiction and memoir. His latest, Elizabeth Finch, is a short three-part hybrid that has some merit as Christian world history but disappoints as fiction.

His best novel, The Sense of an Ending (2011), won the Man Booker Prize; three of his previous works, Flaubert’s Parrot (1984), England, England (1998) and Arthur & George (2005), were shortlisted for the same prize. He has written more than 25 books, including several memoirs and esteemed story and essay collections—and even a few pseudonymous novels as Dan Kavanagh.

In Elizabeth Finch, Neil, a twice-divorced occasional actor, narrates this three-part tribute of Platonic love to his former teacher, whom he calls EF. In part one, Neil is in his mid-30s when he meets EF while taking an adult education course called “Culture and Civilisation.” It seems a bit heavy for a typical adult education course, since it primarily concerns philosophy, theology and history. But it is not too heavy for Neil, who is so enamored by EF, who says he “can’t remember what she taught us in that first lesson. But I knew obscurely that, for once in my life, I had arrived at the right place.”

The suspense is akin to the dining room chair with a bomb underneath it whose long fuse fizzles outs before the spark even gets near the room.

EF’s method of teaching, like that of the Greeks, is collaborative, and although she admits that she is no Socrates, and her class is no bunch of Platos, they would have a dialogue. The class would be rigorous, but fun. “Rigorous fun.” The students, between their late 20s and early 40s, respond to EF as if they were kids back in school. While some are irritated by her, to most she’s a puzzle, as mysterious as any new teacher might be to a class. Yet to Neil, an occasionally unreliable and biased narrator, “she had no ‘mysteriousness’ about her.”

EF’s manner is as Stoic as that of her favorite philosopher, Epictetus, whose maxim, “Some things are up to us and some are not up to us,” she loved to quote. She discusses Christianity versus paganism, specifically Hellenism; and the church and the Roman Empire, especially Julian the Apostate, whom she calls “the last pagan emperor of Rome, who attempted to turn back the disastrous flood tide of Christianity.” Neil loves her, but that love is never romantic. After the course is over, Neil sees EF on and off for lunch for around 20 years. “Her intellectual interests were timeless,” Neil writes, wryly adding, “And she always paid for lunch.”

Julian Barnes was a good friend of the art historian and novelist Anita Brookner, whose obituary he wrote for The Guardian in 2016. When Barnes first met Brookner, they were about the same age as Neil and EF at their first meeting. There are quite a few other similarities, major and minor, between Finch and Brookner. One of the most prominent is their stoicism. In the Brookner obituary, Barnes writes, “She was, in her deepest self, a stoic,” while Neil writes of EF, “I never knew anyone with less self-pity than Elizabeth Finch.” EF and Brookner have both read Stefan Zweig’s Beware of Pity, which Barnes calls “that most Brooknerianly-titled novel” in his obituary of Brookner; EF refers to the book in her journals. Both EF and Brookner are smokers, and he notes that neither ever spent more than 75 minutes at lunch with Neil or Barnes, respectively.

When EF dies, she leaves her books, notebooks and papers to Neil. He wants to please her, not honor her, he says, for “in honouring the dead we somehow make them even more dead.” So to “please the dead,” which Neil says “brings them to life again,” he decides to write the essay he failed to write for class. The reader can safely assume Barnes wants, also, to honor his friend Brookner with this novel.

In Elizabeth Finch, Neil, a twice-divorced occasional actor, narrates this three-part tribute of Platonic love to his former teacher.

Part two of the novel is Neil’s long essay, about Julian the Apostate. More than 50 pages long, it is dry writing that makes for slow reading. For example: “Julian was a Roman emperor who never set foot in Rome. He was an accidental emperor—though accidents led to imperial power more often in those days.” Or, later: “Julian was a prolific writer, who dictated so fast that his tachygraphers were often unable to keep up. What has survived fills three volumes in the Loeb edition: Letters, Orations, Panegyrics, Satires, Epigrams and Fragments.”

Unless you are a history lover with a zeal for reading about the church and the early Roman Empire, Neil’s essay creeps along in a petty pace until the last syllable of part two. This may be rigorous, but is it fun?

Early in the book, Barnes allows Neil to hint at a scandal in EF’s professional and personal life: “a public shaming (which we’ll come to in due course).” That hint of scandal could have added an element of suspense that at least would have made the reader want to keep turning the page. But it turns out that “due course” only comes after around 100 more pages—once we get through the anemic second part of the novel.

Only later, in Part Three, do we learn that the scandal sprouts from a talk by Elizabeth, which is criticized in print—wherein EF’s “sober facts and speculations” are “turned into scandalous matter.” Still, the suspense here is akin to the dining room chair with a bomb underneath it whose long fuse fizzles outs before the spark even gets near the room. Although part three returns to the actual story of EF, with revelations about her from her friends and relatives, it comes too late.

This article also appeared in print, under the headline “A Tribute to a Teacher,” in the January 2023, issue. 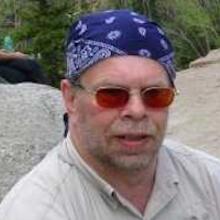 Joseph Peschel, a freelance writer and critic in South Dakota, can be reached through his blog at josephpeschel.com/HaveWords.

@JosephPeschel
Show Comments ()
Join the conversation: Login or create an account
Before you can comment, you need to update your profile to include your first and last name, as required in our comments policy. Then reload this page and you'll be set up for commenting. Update your profile