Reading the news is torture enough. Watching TV shouldn’t be. 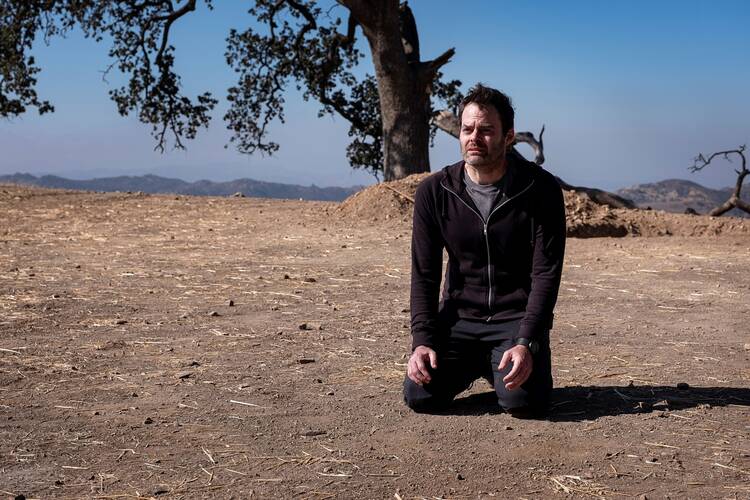 Because I need to follow the news—the awful, depressing, when-is-this-all-going-to-end news—all day at work, I pretty much watch only fictional, scripted TV shows at home. Last week I finally finished the first season of “Barry,” the HBO dark comedy about a professional assassin who tries to go straight and become a professional actor, mostly because I feel obligated to keep up with critically praised shows. It is no spoiler to say that Barry is still a professional assassin by the end of the first season, and that the show’s body count just keeps going up with almost every episode.

If “Barry” were a movie, or a single episode of a crime series, I might like it. After a couple of hours with a story, I don’t necessarily feel cheated by a bleak or nihilistic conclusion. Sometimes I want a story to make me work to find the goodness and purpose of life; I don’t always want an escape from a reality of random violence and a political system that sometimes rewards immoral behavior.

Watching the same character fall short of redemption, or meaningful contrition, over and over again, dozens of times, is torture.

But watching the same character fall short of redemption, or meaningful contrition, over and over again, dozens of times, is torture. I have no doubt that “Barry” introduces some interesting characters and clever plot twists over its subsequent seasons (a fourth one is on its way), but how much time should I spend on it? How many nights after work should I spend in a universe where God (i.e., the scriptwriters) keeps intervening to prevent any of the main characters from finding peace or happiness? Imagine a liturgical year where every Mass looks toward Easter but somehow you never get there.

“Barry” is especially exhausting, but it is typical of high-brow or “prestige” television these days. Last week, the Emmy nominations for the 2021-22 season were announced, and as far as I can tell, almost all of the 16 nominees for Best Comedy (including “Barry”) and Best Drama are serialized to some degree, meaning that they avoid stories that are resolved in a single episode. This is a complete reversal from the early days of television, when almost every episode of prime-time TV was written to stand on its own. (There was also a time when Best Comedy nominees aimed for laughs, often earned from a live audience, rather than silent smirks.)

If “Barry” were a movie, or a single episode of a crime series, I might like it.

One of the Best Drama nominees, “Stranger Things,” has dragged its basic plot (small-town residents threatened by a parallel universe called the Upside Down) into a fourth season and is now facing a backlash for the excessive length of its episodes. Two other nominees, “Squid Game” and “Yellowjackets,” have perfectly good movie premises (a seemingly benign games tournament turns deadly, and a girls’ soccer team tries to survive after a plane crash strands them in the wilderness), but their popularity has doomed them to second seasons. Another nominee, “Ozark,” came to an end this spring after four seasons about an all-American family somehow surviving their involvement with organized crime.

I’m sure that’s an inadequate description of “Ozark,” but the first episode filled me with so much dread about indestructible villains and new characters getting introduced just to get killed that I couldn’t go any further. I had to give it a chance because it was being favorably compared to “Breaking Bad,” which I did mostly like (with mixed feelings about the fan-service bloodbath of the last few episodes) because it focused on one character’s downward spiral, and the effects on those around him, without dangling the prospect of a happy ending before the next burst of violence. And I loved “The Sopranos,” which satirized the American dream on a broader canvas than the Hollywood-focused “Barry.” (That said, I might have loved “Barry” if it had premiered in 1999, before the “anti-hero” genre took over premium cable networks.)

Over the past couple of years, I have also enjoyed several miniseries with uncomfortable or unsettling moments, including “I May Destroy You,” “Mare of Easttown,” “Midnight Mass” (so much more efficient than the 169 episodes, so far, of “The Walking Dead”), “The White Lotus” (back for a second season but with a different setting and storyline) and “The Queen’s Gambit.” The fact that they resolved their stories in a reasonable amount of time, while leaving enough ambiguities to spark discussions among fans, made them feel like escapes from the 24-hour news cycle and the drip-drip-drip of horrors on the homepage of The New York Times.

By now, some of you may think of me the way I thought of my parents when they watched cozy mysteries like “Matlock” and “Murder, She Wrote,” where criminals were caught and loose ends tied up at the end of each episode. But my ideal TV show is closer to “The Twilight Zone,” or “Black Mirror,” where you never know whether an episode is going to leave you with hope or despair. By now, nothing shocks me when I check my Twitter feed upon waking up in the morning; I would still like to be surprised when I switch to my TV at night.

[Read next: “The church isn’t alone. Americans are losing their trust in (almost all) major institutions.”]