Catholics: You should pay for your own Netflix account 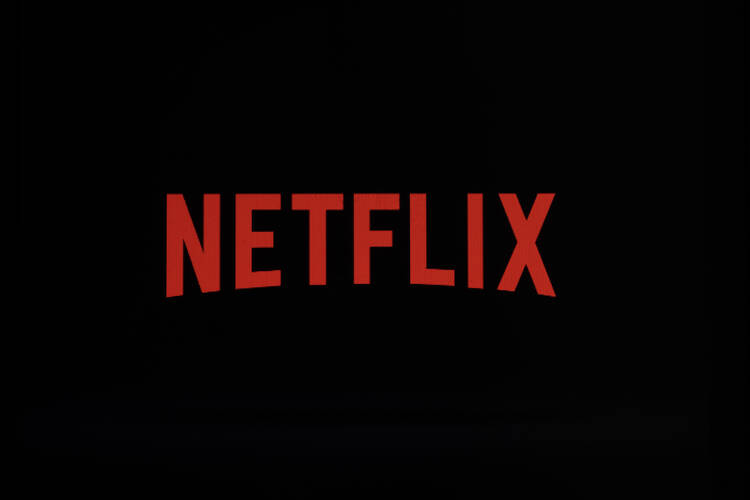 A Netflix logo is displayed on an iPhone in Philadelphia on July 17, 2017. (AP Photo/Matt Rourke, File)

To every generation, there comes a pop culture workaround, some clever way we find of getting the entertainment we want without having to pay for it. In my generation, it was taping songs off the radio. (I can hear you laughing, and I need you to stop.) For the generation after me, it was Napster. And today, it is not paying for Netflix.

I get it: Someone else you know is already paying for the thing. It is not like you are hackers. Plus, you don’t watch Netflix all the time. The streamer pretty much branded itself as the place you can binge a show over a weekend. You’re supposed to pay $16 a month for that? Please. Have you seen how much HBO Max costs?

(O.K., fine, so you’re also on your parents’ and/or Jesuit community’s HBO account. But in your defense, they didn’t even know their cable package meant they also had streaming.)

To every generation, there comes a pop culture workaround, some clever way we find of getting the entertainment we want without having to pay for it.

The thing is, by Netflix’s count, one hundred million people are Netflix and chilling on someone else’s dime. That’s almost half as many people as it has subscribers. And this week, their stock dropped 35 percent in one day after they announced that rather than adding 2.5 million new subscribers in the first three months of 2022, as they expected (which was considered a low bar to hit), they lost 200,000. Their loss immediately shook the stock price of the other streamers; Warner Brothers Discovery even announced that it was shuttering its CNN+ streaming service after just one month. And based on all the think pieces being written about the future of streaming, it seems like the jackals are starting to circle.

None of this is your problem or mine, really. There are a ton of streaming services out there, many of them producing a tremendous amount of quality programming, and no one can afford all of them. Also, Netflix has not been great in a lot of ways. Its writers have frequently had to fight to get the rates they are owed as members of The Writers Guild of America; the company also has loved to trumpet the genius of both its data-driven programming and its internal business model, which has led employees to live in constant anxiety of being called out by bosses or fellow employees as not being a “star performer.”

Some of Netflix’s problems are easily fixable, too. The service has always refused to offer a with-ads option. When it first decided that, it made it seem less “low-rent basic cable” and more “HBO-style prestige.” But at this point, almost all of the streaming services offer a cheaper with-ads subscription option, including HBO Max. So there’s really no reason not to.

There’s no other streamer that has made a clear commitment to faith-based stories.

Netflix could also finally stop dropping full seasons at once. They’re the only network that does that, and from a business standpoint it is just a terrible idea. The final seven episodes of the juggernaut “Ozark” will be released at the end of the month, and there will no doubt be enormous buzz around them…for a few weeks. “Stranger Things” comes out in May; maybe it’ll get a month. Meanwhile, AMC’s “Better Call Saul” just began its final season and will remain not only a topic of conversation, but a show you have to keep subscribing to see, into August. If Netflix wants to stop us from subscribing for a month, binging everything and then leaving, then stop giving us everything all at once.

But none of that means anything if you or I continue to watch Netflix using someone else’s account. And there’s a very particular reason that I think religious people should consider paying for the service: There’s no other streamer that has made a clear commitment to faith-based stories. Search “faith,” “spirituality,” “Catholic,” “religion” or “God” on HBO Max and yes, you’re going to find the wonderfully-titled documentary “God is the Bigger Elvis,” about the actress who left Hollywood to become a nun; but other than that, you’ve got stuff like “Watchmen,” which is great but not terribly spiritual; “Baby God,” which is a movie about a fertility doctor who secretly impregnated dozens of women with his sperm; and episodes of “South Park.” For all the shine on Disney+ and its family-friendly content, search “spirituality” or “faith” there and all you’ll get is Star Wars content (including the very old Star Wars cartoon, “The Tale of the Faithful Wookie”), “Encanto” and “Pirates of the Caribbean” movies.

Apple TV+ and Amazon Prime have a lot more explicitly faith-based content, but much of it you have to pay extra for. With Netflix, you only pay once. And because it’s been around long enough to develop both a massive international subscriber base and a ton of long-term data on its subscribers’ interests, Netflix has seen the amount of audience interest in faith-related stories. And it has consequently invested in producing and distributing dozens of projects. You love what Pope Francis is serving up? Netflix has three different films about him. (I highly recommend “Pope Francis: A Man of His Word,” which is basically a series of interviews with the pope. He talks right into the camera about his life and faith, and it is really uplifting.) You’re looking for a new take on the Gospels? How about “The Young Messiah,” which has a 7-year-old Jesus and his parents on the run (and stars Sean Bean), or the Rooney Mara- and Joaquin Phoenix-vehicle, “Mary Magdalene.” Maybe you want to figure out why your grandma is always talking about Fatima. Netflix has a biopic about the three kids who were at the heart of it all.

The next time your parents interrogate you about how you practice your faith, you can tell them, “Hey, I pay for Netflix!”

Netflix’s international reach also means it has stories related to spirituality and faith from other cultures, countries and religions, like “Islands of Faith” about attempts by different religious people to address climate change in Indonesia; the Nigerian “God Calling,” about a woman’s relationship with God after she loses a child; “Dharam Sankat Mein” (“Religion in Crisis”), about a Hindu man who discovers he was actually adopted and his birth parents were Muslim; or “Derry Girls,” which is a whole other kind of faith experience.

Even if you come to Netflix mostly to gaze lovingly at the Bridgertons or to check out Julia Garner’s latest achievement in accents, there are moments when we all look for stories that can speak to deeper things, like our experiences of grief or our questions about who God is and what exactly we are doing here. It is true, you can find some of that in a lot of different places online—I personally think HBO Max’s “The Leftovers” is one of the all-time great shows about faith and grief, and BritBox has a bunch of great Catholic-related shows (as I’ve writtenabout before).

But Netflix is the service that has most invested in building a library of faith-based stories. And isn’t that worth supporting? Plus, the next time your parents interrogate you about how you practice your faith, you can tell them, “Hey, I pay for Netflix!”