Heroes and saints: 10 powerful books about sports and Catholicism 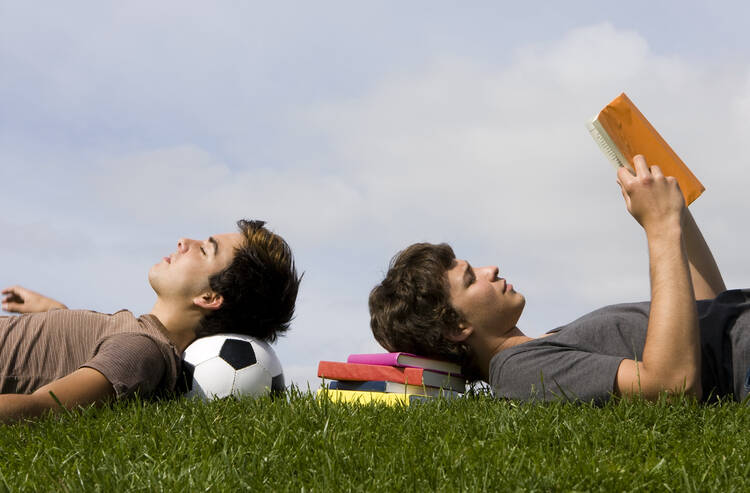 The last decade has proven to be a golden age for books about sports and Catholicism. An increasingly diverse range of writers are ruminating on topics that address athletics and faith simultaneously, a great proliferation of writing that includes works aimed at both popular and scholarly audiences. The authors and subjects of these books include men, women and children, religious and lay people, people of color and Catholics from different socio-economic backgrounds. Here are ten of the best recent Catholic sports books:

John Gasaway, Miracles on the Hardwood: The Hope-and-a-Prayer Story of a Winning Tradition in Catholic College Basketball(2021)

Pro Football Hall of Famer Tony Dungy is not a Catholic, but there is no recent sports book that so resembles Ignatius Loyola’s Spiritual Exercises as this one. Dungy had one of the most storied coaching careers in NFL history, becoming the first African American head coach to win a Super Bowl. Dungy has always placed his faith front and center and has followed up his coaching career with a successful turn as a Christian mentor, public speaker and author. The One Year Uncommon Life Daily Challenge provides readers with a series of goals, challenges, mental exercises, prayers and meditations to guide them towards a more fulfilling spiritual and social life. Dungy builds a calendar’s worth of life lessons around scripture, making this a text well-suited for Bible study groups.

An increasingly diverse range of writers are ruminating on topics that address athletics and faith simultaneously, in works aimed at both popular and scholarly audiences.

Before becoming the bishop of Springfield, Ill., Thomas John Paprocki established himself as a competitive marathon runner. He developed a passion for running as a teenager in the hope that vigorous exercise would help him overcome the heart disease that had affected so many people in his family. This practical and spiritual guide to running traces the bishop’s journey both as a marathoner and as a person of faith. He provides readers with a guide to getting started as a runner and advice on how to train for long-distance competitions. The bishop is also focused on the souls of the people that take up running. He presents the restorative physical properties of running as an opportunity for Catholics to experience a resurrection of their bodies.

The Jesuit theologian Patrick Kelly brought together some of the most thoughtful voices in contemporary theology, philosophy and psychology to examine both the social and religious significance of sports. Taken together, the essays in this collection make a strong case that there are few areas of human enterprise that cultivate the cardinal virtues of prudence, temperance, fortitude and justice as well as participatory sports. Despite the atrocious behavior of some participants and spectators in youth sports, Father Kelly and his contributors (which include several youth sports coaches) draw on their experiences to show how athletic competition is a durable venue for the pursuit of self-mastery and communal harmony.

Trent Beattie, a prolific Catholic author who writes frequently for Wellspring and Marian Press, put together an excellent compilation of profiles of contemporary Catholic professional athletes. Beattie interviews figures as diverse and accomplished as All-Pro NFL quarterback Philip Rivers, former Yankees slugger Mark Teixeira and Croatian tennis star Mario Ancic to discuss the role of faith in their lives, both in and out of sports.

Beattie’s interview with Rivers was particularly poignant. The former San Diego Chargers and Indianapolis Colts quarterback described the sense of responsibility he felt in passing on the faith and wisdom of his Catholic father to his own nine children. Rivers also discussed how the Catholic community at North Carolina State University served as his home away from home during his college career. Receiving the Eucharist was a central element of his game day ritual as a professional player. For Rivers, the Mass is the centerpiece of Sunday. The three hours he spends playing before a national television audience later that day is simply his opportunity to glorify God on the day that the Lord has made.

Any list of books about sports and Catholicism must include a book about Notre Dame football. The best recent contribution to this already extensive literary canon is Dan Flaherty’s The Last Golden Age. This book is part elegy and part-blow by blow of the University of Notre Dame’s path to the national championship in 1988, the program’s ascendency to a permanent Saturday afternoon network television time slot, and its stature as the national power that did things the right way.

The infectious personality of longtime coach Lou Holtz shines through in this book. Notre Dame football excelled in large part during the late 1980s and 1990s because Holtz remade the stagnant program in his image. He cultivated a strong sense of enthusiasm, tirelessness and personal loyalty among the young men that donned the blue and gold during his tenure. The times and places that Flaherty covers in The Last Golden Age seem to simultaneously have taken place just yesterday and are also part of the distant past.

Without question, many blue-collar Catholics in Chicago fought ardently against the racial integration of their communities during the 20th century. But Timothy B. Neary shows that this is not the whole story. He demonstrates that images of white hecklers pelting Martin Luther King Jr. with rocks during his 1966 Chicago march should not be regarded as the defining image of relations between African Americans and white Catholics in the city.

Instead, Neary focuses on the efforts of Bishop Bernard Sheil, founder of the Catholic Youth Organization (C.Y.O.), a group which brought together tens of thousands of young Chicagoans—both black and white, Catholic and non-Catholic—to take part in athletic competitions. C.Y.O. chapters became the focal point for recreation in neighborhoods across Chicago and across the country. Basketball leagues sponsored by the C.Y.O. did as much as any organization to help popularize the sport and improve the quality of play across the country. Neary presents an inclusive, charitable story of American Catholicism that reflects the experiences of millions of people involved with the church and its institutions over the course of the 20th century.

Bethany Hamilton, Be Unstoppable: The Art of Never Giving Up (2018)

Hawaiian surfing legend Hamilton has remained devoted to her faith despite the physical hardships she has faced during her career. In 2003, a tiger shark attacked her while she was training for a major surfboarding competition. Hamilton was nearly killed in the attack and lost her left arm. Just 13 years old at the time, Hamilton recovered from the attack and continued to pursue her surfing career. Just one month after the attack, she returned to her surfboard. Hamilton became a celebrity in 2004 following the release of Soul Surfer, her first book; it was made into a Hollywood film in 2011. In that book as well as Be Unstoppable, Hamilton encourages young people to strive to overcome the hardships they face in their lives and cites her Catholic faith as her spiritual anchor. In Be Unstoppable, Hamilton juxtaposes her message of spiritual uplift with dozens of striking photographs of her scaling the waves.

Raised in blue collar Massillon, Ohio, Chris Spielman relied on grit, athleticism and old-fashioned toughness to forge a Pro Bowl career as a middle linebacker for the NFL’s Detroit Lions. Following his retirement from professional football, Spielman redirected those energies toward helping his wife Stefanie in her battle with breast cancer. In this compelling account of faith and family, Spielman describes the spiritual and physical journey they faced as Stefanie endured five different bouts with the disease. Stefanie died in 2009, but not before she helped spearhead the creation of the Stefanie Spielman Fund for Breast Cancer Research, which has raised more than $15 million.

Oklahoma-based journalist Ryan M. Shelton speaks to the struggles of the spirit that young Christian athletes and writers face today. He has authored a pair of exciting young adult fiction books about Christian athletes, The Mentor (2013) and The Captain (2015). In The Mentor, Shelton tells the fictional story of Vincent Preston, a talented high school baseball player who has recently become a Christian. Preston has a rough home life and is often the target of bullying by his teammates. The young ballplayer perseveres through his faith and the relationship he develops with a former Major League Baseball scout named “Grandpa Dean” who lives in his small town. Readers who found solace in Mitch Albom’s Tuesdays with Morrie will find similar inspiration in the fiction of Ryan M. Shelton. 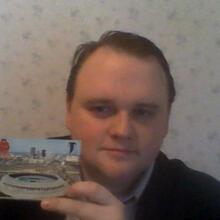 @ClaytonTrutor
Show Comments ()
Join the conversation: Login or create an account
Before you can comment, you need to update your profile to include your first and last name, as required in our comments policy. Then reload this page and you'll be set up for commenting. Update your profile