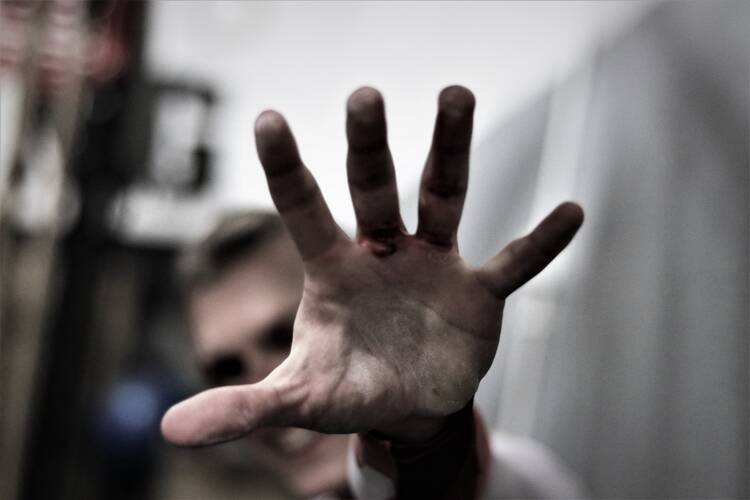 Photo by Krzysztof Maksimiuk on Unsplash.

The veteran novelist and short-story writer Mary Gordon has an esteemed track record of finely crafted, troubling stories that touch on basic questions about belief, eternity, female vulnerability and the human propensity to sow injury rather than beneficence. With her ninth novel, Payback, Gordon entwines many of these same themes into a compelling consideration of the cult of victimization and its impact on social concepts of justice, forgiveness and healing.

Most of the plot of Payback involves the Rhode Island art teacher Agnes Vaughan’s decades-long remorse for having failed an unlikable but vulnerable student. The student, Heidi Stolz—later reincarnated as Quin Archer—spends 40 years orchestrating “payback” for the wound Agnes’s callous response inflicted, after the student suffered through something horrific on a trip to New York City. Heidi quits school, leaves home and ekes out a marginal existence, all the while seeking revenge against her onetime art teacher.

Succumbing to the divisive philosopher Ayn Rand’s advocacy of selfishness and rugged individualism, Heidi/Quin eventually becomes the host of an Arizona-based reality television show that helps victims of abuse and wrongdoing to confront their tormentors—a kind of trash television where the “owed” win a humiliating form of justice.

The veteran novelist has an esteemed track record of finely crafted stories that explore the human propensity to sow injury rather than beneficence.

This “glorification of victimization,” coupled with the rise of reality-based programming, is equally skewered in Payback. “Reality TV: there was nothing real about it,” Gordon writes. “It was an invention, a shape-making, as fictional as any fiction, more so because it denied its fictiveness, made a fiction of truth and a truth of fiction.”

Gordon’s Heidi/Quin character is fascinating in her pent-up and single-minded aggression.

Mary Gordon asks: What kind of Catholic are you?
Mary Gordon

A secondary part of the narrative focuses on Agnes in the 40 years since the initial fallout with Heidi. The former teacher winds up in Rome, where she becomes a wife and mother while working as a restorer of paintings and sculpture. If this plot development seems contrived to display Gordon’s fascination with Italian art treasures, it also provides the author a landscape on which to project her thoughts about concepts like salvation and an individual’s purpose in the universe.

Readers familiar with Gordon’s earlier fiction will almost certainly warm to Payback. It is not only replete with the author’s brilliant sentences and compelling paragraphs, it also offers complex characters who inevitably force readers to consider ideas well beyond the mundane.

This article also appeared in print, under the headline “Victimization trumps forgiveness,” in the May 2021, issue.