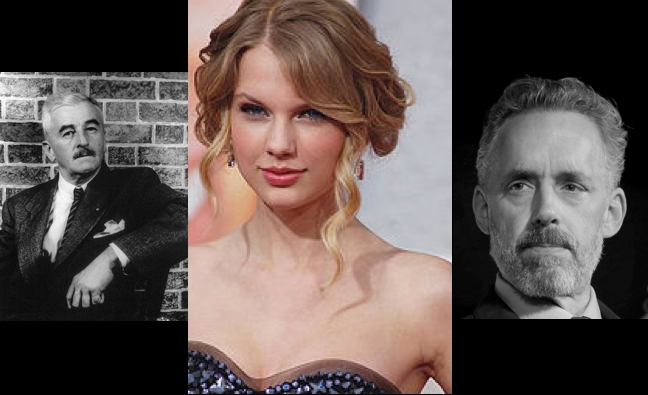 Early in March, our editor in chief Father Matt Malone, S.J., decided America needed its own version of the 90-day mid-pandemic kelp juice cleanse he was undertaking (trust us, it didn’t last and doesn’t work). So we went through old files to see what we should keep and what we should, heroically and with marvelous “Ignatian indifference,” let go. We were astonished, and more than a little proud, to find submissions from a number of 20th-century literary lights whose work didn’t meet our standards. An amuse-bouche of these rejections can be found below.

We were astonished to find submissions from a number of 20th-century literary lights whose work didn’t meet our standards.

From a pointed spiritual reflection about the 12th-worst day of the author's life:

“The horse was spotted by the man and it was spotted on its body and the man was a hardened man who spotted the horse drifting into the same oblivion he remembered from his late mother’s last febrile days until the last dash of recorded thyme she used on her southern stuffed chicken picayune while the boy looked at his father who ate a ginger cookie gazing at the pitiless moon whose heat was insufficient to warm their faltering doomed kinship and such it goes with fathers and sons and sugared dough such it goes.”

His submission letter, written on a splinter from a coal-mining shovel, ended: “I also write limericks—WF”

Then there was this poetry entry:

what of a which when I came and found a stitch
glad handed in my hand like the town of ipswich which,
when it crested in my mind like fairy dust must and,who knew
anywhoo.
and something about Jesus.

Evidently the 13 auburn-haired editors of America were very close to accepting this piece, but in the end decided “Cummings” was clearly not an Irish name, so rejected it.

A poem from legendary journalist Bob Woodward, sent to us in his more hopeful days:

Nicki Minaj tossed some riffs on a song our way:

Nobody was talking anymore about how starships are meant to fly, and honey, that’s what everybody needs to be talking about because look around, what do you see? We don’t have time for this, we’re busy. We’ve got stuff to do. Queens to be.

If only she would have worked into her space references that some craters of the moon are named for Jesuits, we would have taken it.

If only Nikki Minaj would have worked into her space references that some craters of the moon are named for Jesuits, we would have taken it.

Jordan Peterson threw his hat in the ring:

In what eventually became the foundation of his book Twelve Rules for Life, Mr. Jordan Peterson sent us this, taken from a speech he gave at Queen’s King’s Jack’s College in Northern Manitoba.

I’m unbelievably concerned, hey, about university. The first thing somebody should tell you when you get to university is that life is suffering, that is what the Buddhists know full well, but you show up and somebody tells you, hey, everything is going to be okay, you’re going to be a success, and well, what kind of advice is that! It’s terrible advice! The world is going to chew you up and spit you out if you think everything is going to be okay just like that, what in God’s name gives anybody that impression? Have they looked outside?

We found it far too sunny for our pages.

He had a fast car:

The cover letter for a delicate, aching, yet ultimately derivative longform literary essay about Sicilian tree ferrets ended, “If I don’t get my work into America I’m going to give up writing and become, I don’t know, a guy who drives things.”—Mario A.

We even turned down this pitch on the Palestinian peace process:

“As a country/pop crossover star, I think am uniquely positioned to deliver an empathic take on the two-state solution. What say?”—T. Swift

We were free, detached, indifferent and, having turned down that last proposal, out about 10 billion ducats.

As with the E.E. Cummings submission, this poem by Quentin Tarantino included a clever attempt by the provocative film director to include something appealing to our Jesuit roots. America was not taken in.

One submission for cover art was simply a half-gallon can of paint and a note: “Just use however”—Jackson

How would Catholic media cover Jack and Jill falling down? A thought experiment
Richard A. Blake

No audience for this drivel:

And then, at the bottom of a crate filled with old Fila racquetball sweatbands (???) written in calligraphy on a roll of yellow parchment that bore the faint whiff of youth and hope and disturbing jellybeans:

The Holy Spirit came barrelling straight at me one day on a rainy train platform (oddly numbered one at that, can’t exactly recall) in Shire or Shanara or one of those inspiring literary places (Liverpool?). I saw a bespectacled child in a black poncho crouching down and being a game little chandywick by letting his little sister draw with a magic marker (albeit crookedly) on his forehead. The croffing little rugger then took out a broom and gave it to his mum who would be dead soon. “Here’s my broom,” he said. “I have this broom because, as you know, I like having brooms. Please hold it for me for a moment while I go fight the concentrated darkness of all the known universe. Back in a tiffin.”

Watching all this unfold, continued the author, “was a deeply mystical koinonia experience that I have a hunch will eventually land me both a castle and a full membership in Dame Maggie Smith’s gun club. I suggest an eight-part series, with an option for novelization.”

There is a meditation in the Spiritual Exercises of St. Ignatius Loyola that uses the analogy of one who is offered “1,000 ducats.” One should be free enough to take these ducats or to not take these ducats. Whatever the Lord desires. Turning down the above proposals, we were free, detached, indifferent and, having turned down that last proposal, out about 10 billion ducats. AMDG anyway. Happy April.