Father Blake has been a familiar name to America's readers for over 30 years. From 1971 to 1985 he published over 50 articles in America in addition to book reviews and editorials. In 1975 he became America's regular film reviewer. He also served as managing editor and executive editor of America and director of the Catholic Book Club. After teaching film studies at Georgetown and Le Moyne College, he became a professor of fine arts and co-director of the Film Studies Program at Boston College. In September 2002, he also became chair of the Seminar on Jesuit Spirituality and editor of Jesuit Studies. He is author of Afterimage: The Indelible Catholic Imagination of Six American Filmmakers, Street Smart: The New York of Lumet, Allen, Scorsese and Lee and Woody Allen.

Articles by Richard A. Blake 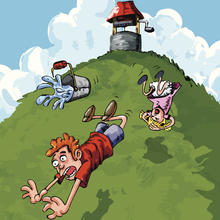 FaithVantage Point
How would Catholic media cover Jack and Jill falling down? A thought experiment
Richard A. BlakeApril 16, 2019
From 1977: How Catholic journals covered the perilous journey of Jack and Jill up that treacherous hill in 1977.
Books
What did Peter O'Toole accomplish in his nearly 80 years on earth? This biographer tried to find out.
Richard A. BlakeNovember 23, 2016
Yes, Peter O’Toole did have a life after “Lawrence of Arabia.” 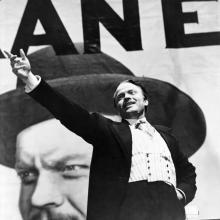 Film
75 years later, what can "Citizen Kane" tell us about the presidential race?
Richard A. BlakeJuly 19, 2016
"In short, it is the story of a media manipulator who strove to turn his celebrity into elective office. Draw what parallels you may."
Books
‘Hello, I Must Be Going’
Richard A. BlakeApril 06, 2016
'Groucho Marx,' by Lee Siegel

Arts & CultureVantage Point
Read our 1977 review of ‘Star Wars,’ a new ‘rip-roaring good movie’
Richard A. BlakeDecember 18, 2015
"Star Wars" is original and surprising. It is witty, not only in its comic dialogue, but in its ability to spoof itself and the science-fiction genre without going for the cheap laugh. 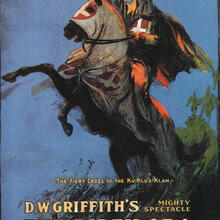 Revisiting the revolutionary—and revolting—D. W. Griffith
Richard A. BlakeJune 05, 2015
This year marks the centennial of D. W. Griffith’s masterpiece, “The Birth of a Nation.” Who cares? Or who should? After all, it’s really only an embarrassing antique. Film historians have long extolled its artistic innovation as the foundation of the modern motion picture. S 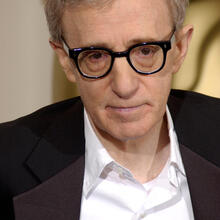