Review: Charlie Kaufman at his most surreal 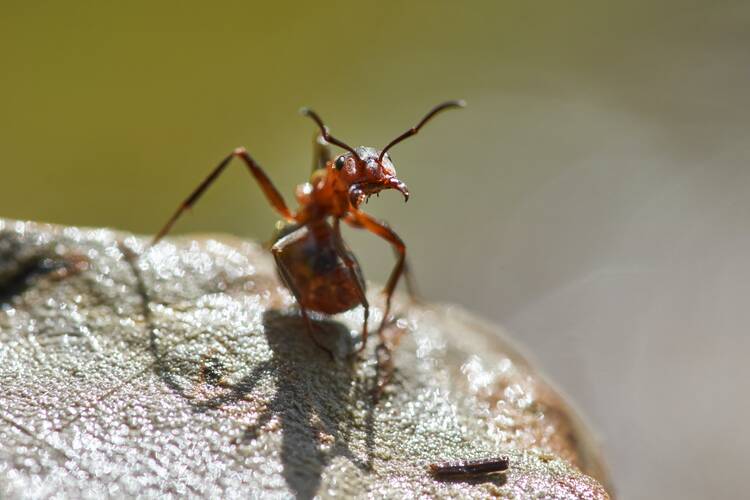 From its opening pages, Antkind struck me as one of the most surreal and yet enchanting novels I have ever read. Of course, the book is 720 pages long, so reading it is also an exhausting experience—Thomas Pynchon meets David Foster Wallace. Its greatest quality is Charlie Kaufman’s sheer authority over language as the prose meanders through its protagonist’s endless internal conversations.

Kaufman has had a long and idiosyncratic career as a screenwriter, playwright, director and producer and is best known for writing the movies “Adaptation,” “Being John Malkovich” and “Eternal Sunshine of the Spotless Mind.” The unorthodox plots of those films have their parallels in this debut novel.

The protagonist, B. Rosenberger Rosenberg, is a hilariously vain and sociopathic middle-aged author and former film critic. There is more than a bit of A Confederacy of Dunces’ Ignatius J. Reilly in him, in that he is alternately loathsome and endearing. He does yoga but hates the other people who do it. He can’t stop talking about his African-American girlfriend (“very famous, you’d recognize her”). He derides fast-food restaurants but becomes obsessed with one. He is proud of his billowing beard, even though he wears it only to cover up an enormous birthmark. He is fixated on gender pronouns, and even has his own: “Thon.”

Antkind rewards the effort to read through a story about self-perception and the internal monologues that rattle through all of our heads.

Rosenberg discovers a film made by his ancient Floridian neighbor. The movie is three months long (like Borges’s imaginary map that covered the whole world?) and involves thousands of puppets. Rosenberg becomes determined to bring it to a wider audience. Unfortunately, he accidentally destroys it, leaving him with only a single frame to attempt to reconstruct the original. Doing so seems to drive him insane (or more so). Living increasingly in his head, he experiences incredible events, though whether or not they are actually happening is up to the reader to decide. All of this is exacerbated by his own narcissism. He is forced to have plastic surgery—or does he simply hate his nose? He is examined by psychiatrists—but is it just his own ruminations on his unique persona? He hates Donald Trump—but his mocking imitations of Trump sound just like Rosenberg himself.

In the end, Rosenberg remembers the end of the movie: It is a million years in the future, and humans are extinct. One hyperintelligent, Kafkaesque ant is the dominant creature on the planet. Of course, it exists only in his mind, burrowing around like all the other phantasms present there.

Antkind is not for the faint of heart. But it rewards the effort to read through a story about self-perception and the internal monologues that rattle through all of our heads.

This article also appeared in print, under the headline “Bugs on the brain,” in the November 2020, issue.