Michael Jordan and the problem (and necessity) of hagiography 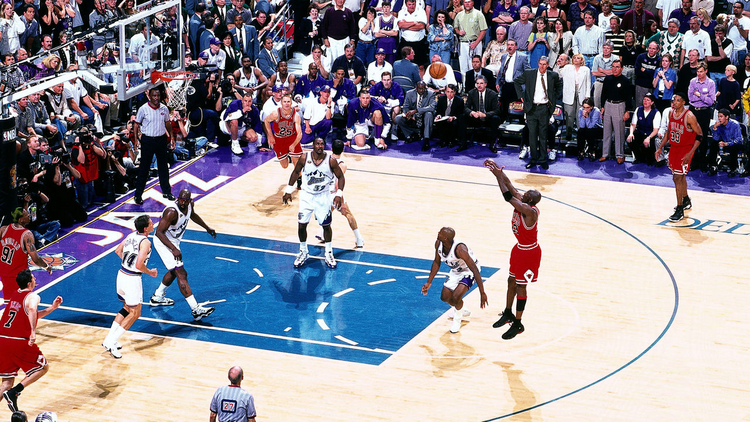 Sainthood is a funny thing in the Catholic Church. On the one hand, it is the ultimate goal: to live your life in a manner that leaves no doubt as to whether your seat in the heavenly banquet is secured.

On the other hand, you are not really supposed to strive for it. There is no good way to “humble brag” about how holy you are (at least, I have yet to figure out how to pull it off). So you have to rely on others to recognize and comment on the holiness in you.

But even if enough other people notice how holy you are and your life is investigated and you help facilitate a few miracles from heaven and the church declares you a saint, there is a good chance that your legacy will be relegated as irrelevant, if admirable.

“When they call you a saint,” Dorothy Day said, “it means basically that you are not to be taken seriously.”

Even if saints are supposed to be examples for all of us to follow, they are so often idealized, whitewashed and put on a pedestal, their lives of heroic virtue frozen forever in stained glass.

On the podcast that I cohost, Jesuitical, we ask our guests the same question at the end of every interview: If you could canonize one person, living or dead, Catholic or not, fictional or real, who would it be and why?

“The Last Dance” is a 10-hour answer to that question from director Jason Hehir: We should all canonize Michael Jordan.

“The Last Dance” is a 10-hour answer to that question from director Jason Hehir: We should all canonize Michael Jordan.

It is unfair and untrue to call “The Last Dance” a piece of journalistic documentary. Michael Jordan had his hand on every piece of the project: from how much access the filmmakers were given to the Chicago Bulls behind the scenes during the 1997-98 season to the timing of this release to what content was included and whose voiceswere missing.

As many have said, “The Last Dance” is not documentary but hagiography. Many commentators mean this as a criticism, but here is the thing: Hagiographies are important—and compelling.

The same reason Dorothy Day resisted being called a saint—that people would look at her life of voluntary poverty and activism and say, “She could do that, but I never could”—is exactly why Michael Jordan was willing to participate in his own canonization. Nobody will ever do what I did is the message behind the content and the timing of the project. Jordan finally agreed to move forward with the release of the famed 1998 footage after the 2016 N.B.A. finals, when LeBron James capped off the single greatest comeback in sports to bring a championship to Cleveland. People were starting to murmur: Could LeBron retire as the greatest basketball player of all time?

“The Last Dance” is as much as a spectacle for casual fans to gawk at as a warning shot to current and future generations. Many of you have been and will continue to be dubbed The Next Michael Jordan and every single one of you will pale in comparison.

And yet the project is bound to also have the opposite effect because it is hagiography. For every 999,999 people that look at Jordan or Day or Francis of Assisi’s life and say “I could never do that,” there will inevitably be one who sees it and says: I can do that. I must do that.

“The Last Dance” is not documentary but hagiography. Many commentators mean this as a criticism, but here is the thing: Hagiographies are important—and compelling.

Was Michael Jordan the greatest basketball player of all time? Probably. Was St. Francis of Assisi the closest imitation of Christ ever? Probably. But also maybe not. The answer is hardly as important as the legend that grows around these larger-than-life figures.

And if legends play fast and loose with certain details, that is a worthwhile sacrifice to pass down the story to future generations. Telling a story often requires bending the facts—or at least emphasizing certain ones over others—in order to communicate the truth.

It turns out God loves Cleveland after all.
Zac Davis

“The value of information does not survive the moment in which it was new. It lives only at that moment,” Walter Benjamin wrote about the value of the storyteller in society. “A story is different. It does not expend itself. It preserves and concentrates its strength and is capable of releasing it even after a long time.”

There would be no St. Ignatius Loyola without a bedridden Iñigo stumbling upon a book of the lives of saints and wondering, “What if I should do what St. Francis did, what St. Dominic did?”

Of course, the spiritual life, unlike the world of sports, is more about humility than domination, more about becoming the least instead of the greatest.

Perhaps most important, as Thomas Merton said, “To be a saint means to be myself,” instead of an imitation of someone else.

And yet, after watching Jordan sink the game-winning shot to win his sixth championship during the final episode of “The Last Dance,” there was only adrenaline in my system and one thought in my brain: If only I could be like Mike.

Zac Davis is an associate editor for digital strategy at America and a host of the podcast “Jesuitical.”