Review: How can Christians care for creation? 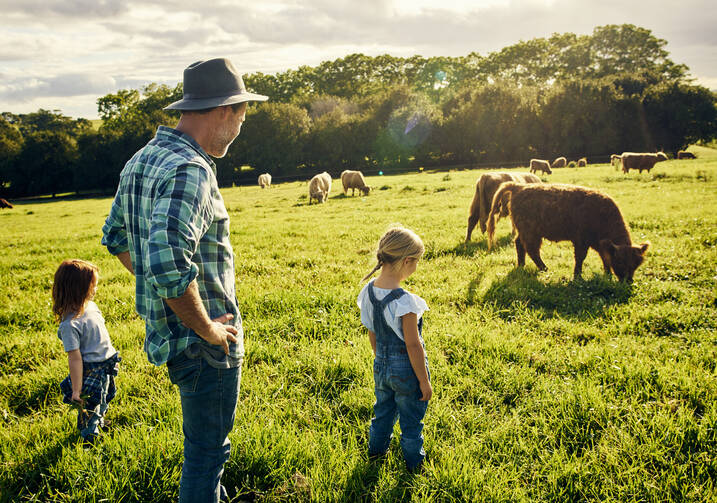 In a timely way, Pope Francis’ 2015 encyclical, “Laudato Si’,” on the links between humans and animals among other environmental subjects, addressed questions asked in such books as Will I See My Dog in Heaven? by Jack Wintz, O.F.M., and Charles Camosy’s For Love of Animals: Christian Ethics, Consistent Action. The Pope’s conclusion that “it is contrary to human dignity to cause animals to suffer or die needlessly” won approval from animal rights activists.

Christopher Steck, S.J., teaches in the department of theology and religious studies at Georgetown University, where he also served as a caretaker for Jack and Jack Junior, the university’s former bulldog mascots. The author of The Ethical Thought of Hans Urs von Balthasar, Steck now mulls over a Catholic theology of animals based upon an exploration of fundamental doctrine in All God's Animals.

He suggests that since intensive animal farming or industrial livestock production, also known as factory farming, causes suffering to animals, Christians should avoid eating the products of these methods. Steck refrains from a blanket recommendation of vegetarianism and also admits that despite concerns about animal experimentation, “individual Christians cannot realistically” shun medical treatment connected with such experimentation.

Christopher Steck suggests that since intensive factory farming causes suffering to animals, Christians should avoid eating the products of these methods.

Instead, we may ponder the possibility of the salvation of some animals:

Some creatures, based on present understanding, do not seem to have the requisites for continuity of life across bodily death and eschatological life...for those creatures with no sense of past or future and no sense of self, it is hard to imagine that a substantive continuity could exist between their lives in the present order and their selves after death and resurrection.

So it is unlikely that we shall meet mosquitoes, tsetse flies or poisonous snakes in the afterlife. Even so, “all creaturely dramas, even predation and prey” may continue in the next world, where predation could continue “in some form unknown to us.”

Apart from such possibilities, Steck makes a more general attempt to show how a Christian community may care for creation. As in “Laudato Si’,” Steck recommends a relationship of kinship to animals rather than one of dominion or stewardship.

Steck also cites von Balthasar’s identification of “veiled goodness” in animals, implying that no matter how much study is expended to understand them, living creatures retain their mystery.

This article also appeared in print, under the headline “Kinship, not dominion,” in the December 9, 2019, issue.

Benjamin Ivry has written biographies of Francis Poulenc, Maurice Ravel and Arthur Rimbaud and has translated many books from the French.