Review: The Greatest Showman on Earth

Review: The Greatest Showman on Earth 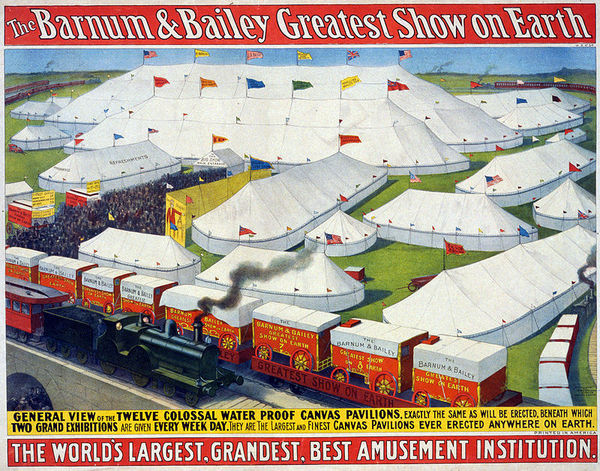 At the height of his fame, Phineas Taylor Barnum—better known as P. T. Barnum—eclipsed the U.S. president and Civil War hero Ulysses S. Grant in public recognition. After returning from an around-the-world tour, President Grant heard one question more than any other: “Do you know Barnum?”

In Barnum: An American Life, Robert Wilson, editor of The American Scholar, shows how Barnum morphed into (as he styled himself) “The Children’s Friend.”Barnum, the purveyor of “humbug,” the promoter of human curiosities and circus-master extraordinaire, had by then become a historical figure in his own right.

The most important facet of Barnum can be traced to his childhood. The pennies his paternal grandfather gave him soon became a shiny silver dollar in his little hands, inspiring the ambition of his life—to be rich and famous. Throughout Barnum’s life, numerous setbacks were followed by spectacular comebacks, and he was able to realize that goal many times over. By the time he died, he had become the mastermind behind “The Greatest Show on Earth.” To get to that point, however, he employed methods that would reveal the grubbiest as well as the most sublime aspects of his personality. So great was his influence upon American culture that the circus he created lasted into the early years of the 21st century.

P. T. Barnum was not above using deceit (however mild) if it helped to bring crowds into his tent. And if it enriched him while entertaining the public, so much the better.

Later on, he would come to regret moments when he promoted such outlandish and outrageous acts as the “Fegee mermaid” and the “161-year-old” African-American woman purported to have been George Washington’s nursemaid. Barnum also created controversy when he charged 50 cents for people to witness Joice Heth’s public autopsy in order to prove or disprove her alleged age, resulting in immediate public disgust.

Barnum would go on to involve himself in many activities, from being an author and speaker to running for public office, but he never could shake off his desire to entertain, educate and amuse with his shows, Tom Thumb, Jenny Lind, Jumbo the Elephant). He was also an expert in the use of the media of his day; he knew how to exploit public relations to his benefit.

The saying “There’s a sucker born every minute” was attributed to him (and sounded like him), though he never said or wrote it. While apocryphal, it spoke to a lifelong characteristic of Barnum: He was not above using deceit (however mild) if it helped to bring crowds into his tent. And if it enriched him while entertaining the public, so much the better.

This article also appeared in print, under the headline “The Greatest Showman on Earth,” in the November 25, 2019, issue.