Review: Francis Fukuyama on the need for broader identities 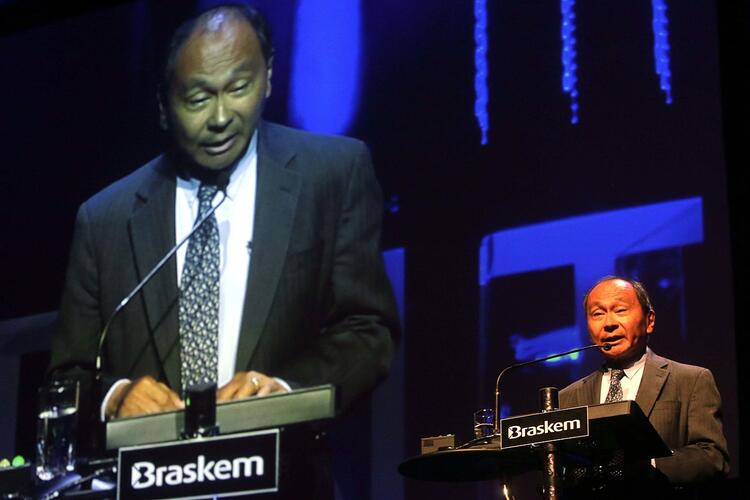 Francis Fukuyama at the 2016 Frontiers of Thought conference in Sao Paolo, Brazil. (Wikimedia/Fronteiras do Pensamento)

Identity is at the heart of much of today’s political conflicts. In his latest book, Identity: The Demand for Dignity and the Politics of Resentment, Francis Fukuyama traces a brief history of how identity came to occupy such a center.

Fukuyama is a political scientist best known for his 1989 essay “The End of History?,” later expanded into the book The End of History and the Last Man. In it, he argues that with the fall of the Berlin Wall, liberal democracy and the market economy had become the systems of social organization that best satisfy people’s needs for social recognition. And lacking any better alternative, liberal democracy and the market economy will henceforth remain for the most part unchallenged as wars will become less frequent.

Since its publication, there has been no shortage of Fukuyama critics. Some have questioned why liberal democracy and capitalism should be the final stage of history, given how much violence and inequality they continue to engender. Others have pointed out how the rise of religious fundamentalisms are threatening liberal democracies.

Yet most critics failed to sufficiently notice the question mark in the title of his original essay and the final section of his book subtitled “The Last Man.” In other words, it would be better to see this early work as an interpretative hypothesis of the geopolitical situation at the end of the Cold War rather than a closed thesis. In that last section, Fukuyama considered what future threats to liberal democracies might look like.

One of these threats could come in the figure of an autocrat. The founders of the United States had an intuition of this, Fukuyama notes, when they proposed a “system of checks and balances that would distribute power and block its concentration in a single leader.” Also, the market economy provides many business opportunities for overly ambitious persons to channel their quests for power.

Fukuyama did in fact mention Donald J. Trump in The End of History “as an example of a fantastically ambitious individual whose desire for recognition had been safely channeled into a business (and later an entertainment) career.” But Fukuyama was unable to foresee that all the possibilities offered by a liberal democracy and a market economy would not be enough to quench Mr. Trump’s thirst for even more recognition. In a way, Identity is Fukuyama’s attempt to explore the state of liberal democracy and a market economy in the aftermath of Donald Trump’s election to the presidency.

The desire to authentically express oneself is at the heart of today’s identity politics.

Identity is a “powerful moral idea” because it presupposes a conflict of values. It “tells us that we have authentic inner selves that are not being recognized and suggests that the whole of external society may be false and repressive.” In other words, modern identity privileges the individual’s capacity to express himself over the demands of tradition or society at large. The desire to authentically express oneself is at the heart of today’s identity politics.

Fukuyama agrees with the Canadian sociologist and philosopher Charles Taylor in inscribing the emergence of modern identity within the larger process of Western secularization. Two key historical figures in this development were Martin Luther and Jean-Jacques Rousseau. “Luther was one of the first Western thinkers to articulate and valorize the inner self over the external social being.” He wanted to be sure that he was “acceptable to God,” but he found that the rites and practices the Catholic Church had to offer “acted only on the outer person.” This led him to set up a dichotomy between the outer and the inner self, with the latter being the true place of “Christian righteousness or freedom.”

However, when Luther rejected the Catholic Church, he was not “facing a crisis of meaning.” Though, he “celebrated the freedom of the inner self … that self had only one dimension: faith, and the acceptance of God’s grace.” It was Jean-Jacques Rousseau who later secularized this inner self and established its priority over social convention. Both Luther and Rousseau played a crucial role in giving rise to the contemporary notion that, to discover one’s true identity, one must break free from tradition and convention.

There is indeed something liberating in all of this. However, with the collapse of a shared religious horizon, the burden of constructing one’s identity based on one’s chosen values falls entirely on the individual. The main consequence of this has been the proliferation of unstable, fluid identities and an increased nostalgia for community. With the freedom of constructing one’s identity without traditional constraints comes a paralyzing anxiety: figuring out how to do this all by yourself.

Fukuyama considers 19th-century nationalisms as the first manifestations of identity politics. Nationalism became for many a refuge against the malaises brought about by industrialization, like the isolation and mechanization of modern urban life. Cultural authenticity thus become a way of feeling proud of being part of something great.

Identity politics stems from this tension between individual expression and longing for community. It does this by mobilizing a particular identity’s struggle for social recognition. Fukuyama traces the history of struggle for recognition all the way back to the Greek concept of thymos. According to Plato, the soul contains three parts: one that is rational, another the seat of desires. But the third part, thymos, is independent of the other two and is the “seat of both anger and pride.”

Since, according to Fukuyama, modern economics presuppose human beings as “rational utility maximizers,” then Plato’s anthropology signals a blindspot in modern economic theories: Human behavior cannot simply be explained by economic motivations, whether they are based on reason or appetite. “Human beings do not just want things that are external to themselves, such as food, drink,” writes Fukuyama. “They also crave positive judgments about their worth or dignity.”

A broad national identity needs to avoid the traps of extreme versions of the right and the left.

Fukuyama proposes the gay marriage movement as an example of how thymos plays out in contemporary debates. If the motivation for gay marriage had been solely economic, then civil unions with “new rules about property” could have easily resolved this issue. However, in terms of social recognition, it would have had a lower status than a marriage. “The emotions expended over gay marriage had much more to do with assertions about dignity than they did with economics.”

Thymos, as desire for recognition, poses certain challenges to a given society. If a few people gain greater social recognition than others, then this can wound the pride of those who are not as socially recognized. Because of their belief that “honor or esteem was not due to everyone,” aristocratic societies were perhaps better able to channel the flux of rage and pride within their citizens. However, egalitarian societies have a problem in dealing with the excesses of thymos. For “every person recognized as superior, far more people are seen as inferior and do not receive any public recognition of their human worth.” This does not sit well in societies like ours that aspire to an ever greater equality.

On the political left, movements like #MeToo and Black Lives Matter have made a lot of necessary progress in challenging injustices like sexual assault and police brutality. However, this has not prevented people like President Trump from “moving the focus of identity politics from the left, where it was born, to the right, where it is now taking root.”

Identity politics thus divides “societies into ever smaller, self-regarding groups.” But, by that very same token, the fluidity of modern identity makes it possible “to create identities that are broader and more integrative.” This in short is Fukuyama’s thesis: We need broader identities rather than narrow ones. “We need to promote creedal national identities built around the foundational ideas of modern liberal democracy, and use public policies to deliberately assimilate newcomers to those identities.”

A broad national identity needs to avoid the traps of extreme versions of the right and the left. Whereas the far right tries to forge an identity based on white racial theories and Christianity, the far left comes off as defeatist when it sees racism and discrimination as intrinsic to the country’s D.N.A. Neither, in their extreme versions, helps to construct a national identity capable of successfully assimilating its citizens and immigrants. Moreover, they undermine the foundations of the liberal democratic society in which they live.

This article also appeared in print, under the headline “The Burdens of Identity,” in the Fall Literary Review 2019, issue.

José Dueño is a Jesuit scholastic and a former associate editor at America.