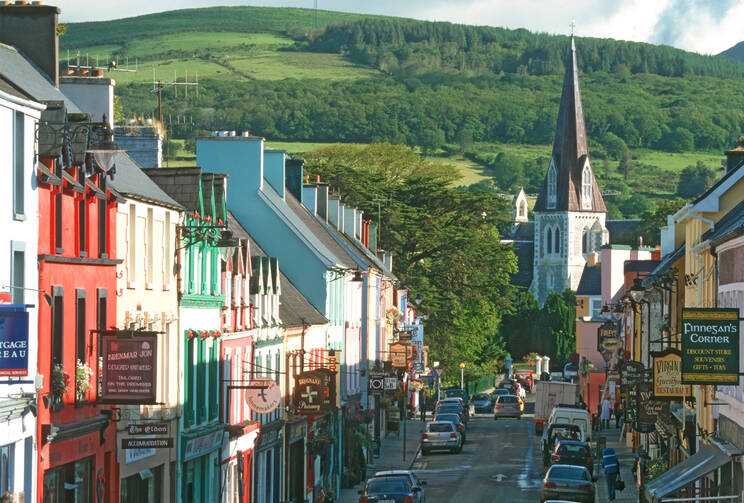 When the celebrated Irish-born short story writer and novelist William Trevor died in November 2016, he was described in The New York Times as a writer who “evoked the struggles of ordinary life.” Trevor’s obituary added that his “mournful, sometimes darkly funny short stories and novels” were “about the small struggles of unremarkable people.” Despite Trevor’s expansive ouvre—1993’s landmark Collected Stories alone runs to over 1,200 pages, with nearly 100 stories—this thumbnail sketch of Trevor’s universe is not exactly inaccurate.

When comparisons to the likes of Chekhov and Alice Munro appear in your obituaries, when The New Yorker dubs you “probably the greatest living writer of short stories in the English language,” you certainly know a thing or two about elevating the unextraordinary. So much so that readers of Trevor’s final book may end up overlooking some of the downright extraordinary characters who populate and events that unfold in the appropriately titled Last Stories. A stalking parent. A prodigy who dabbles in thievery. A possible murderer. A suicidal recluse.

Despite many of his stories’ bourgeois trappings, Trevor has never shied away from something like the Gothic, the nearly horrific side of everything from romantic passion to parenthood. This collection’s “An Idyll in Winter” seems, at first, a mere sketch of a schoolgirl and her older male tutor, looking back with decidedly mixed feelings on their brief time together. “We are close to moorland,” the girl’s mother warns the tutor before he takes the job. “You may find the solitude oppressive.” Of course, he reads Wuthering Heights to his student and quips that the moors are “very Heathcliffian.” (Throughout Last Stories, Trevor indulges a weakness for literary allusion.)

But if the past is a foggy moor of confused or suppressed emotion, it is the present that is downright treacherous: The one-time tutor who has gone searching for his former charge has decided to leave his wife and family. Furthermore, “The older of his two children was starving herself,” Trevor writes, in his distinctively unadorned prose, as hungers of the past and present collide.

William Trevor never shied away from something like the Gothic, the nearly horrific side of everything from romantic passion to parenthood.

As Trevor has throughout his entire career, these stories move around from Trevor’s native Ireland (specified as “provincial” in his author bio) to England, where he lived his adult life. With deceptive ease, Trevor (as he has throughout his career) finds both poignance and unsettling drama in these (deceptively) diverse settings. In “The Crippled Man,” the title character, bound to a wheelchair in the Irish countryside, has a mundane encounter with two itinerant laborers, who, in turn, have a much more fateful encounter with the crippled man’s cousin and helper. “Taking Mr. Ravenswood,” meanwhile, opens at a swanky restaurant called Plume d’Or in the middle of London, where a young man has convinced his on-again off-again girlfriend to “take advantage” of the title character’s “weakness for girls.” For all of their differences, both stories are about mercenary depths lingering beneath veneers of love, companionship and civility.

Trevor aspired to be a sculptor prior to embarking on his career as a writer, and his stories often seem somewhat misshapen initially, until suddenly, magically, something sharpened and consequential emerges.Some readers may find Trevor’s more urbane and affluent characters a touch stuffy, with their tutors and boarding schools and casual use of terms like objets d’art. But rest assured there is drama and trauma here, just as surely as there is out on the gloomy moors and countryside.

Last Stories is intricate and beautiful, even if there is a stubborn quality to it, illuminating just enough about the mystery of life to leave us—sometimes desperately—craving more.

With his ouvre now more or less complete, readers can confront the lingering question of how, precisely, to classify Trevor, beyond merely a chronicler of “ordinary life.” More than a decade ago, in William Trevor: Re-imagining Ireland, Mary Fitzgerald-Hoyt noted that not only is Trevor stuck between Ireland and England but he also “writes with ease about Catholics, middle class Protestants, the Big House Culture, and the divided populace of Northern Ireland.”

It has become commonplace for young Irish authors to write about far-flung lands, yet maintain their Irish identity. Trevor, though, has managed the more complex task of shedding light on the many distinct worlds existing in the relatively small, highly contested patch of the globe he occupied for eight decades. Ultimately, this final collection, like most of Trevor’s short fiction, is intricate and beautiful, even if there is a stubborn quality to it, illuminating just enough about the mystery of life to leave us—sometimes desperately—craving more.

“It seemed a right, almost, that she should understand a little more,” declares the narrator of “The Piano Teacher’s Pupil.” She adds: “Mystery was a marvel in itself.... She had sought too much in trying to understand how human frailty connected with love or with the beauty the gifted brought. There was a balance struck: it was enough.”

This narrator is struggling to understand her pupils’ artistic genius. But this is also a fitting starting point for appreciating William Trevor and the immense beauty of his own magnificent gifts.

This article also appeared in print, under the headline “Magnificent gifts ,” in the June 25, 2018, issue.

Tom Deignan, a columnist for the Irish Voice newspaper, writes regularly for America and contributed to the recent book Nine Irish Lives: The Thinkers, Fighters and Artists Who Helped Build America.