What Christians can learn from new books on Judaism 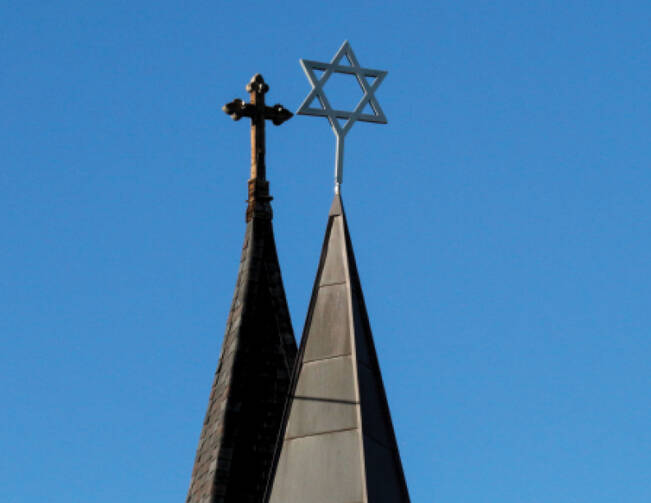 Twenty years ago, I was the head of marketing for a Jewish book publisher. They styled themselves “the Ben & Jerry’s of Jewish publishing” because they were in Vermont and made Jewish books that went beyond what was then common: history, theology, the Holocaust. I was hired to help reach the Christian market with our offerings on Jewish spirituality and inspiration. Several years later, when I had returned to religion publishing with Christian houses, I became a Catholic. Soon after that, I met and married a rabbi. Isn’t life marvelous? I mention all of this as an excuse for my interest in the subject at hand.

There are also reasons why Catholics need to read books such as these. Every Christian needs a better understanding of the Jewish origins of his or her faith. Also, we need to know that Judaism today is different than it was when Jesus was a rabbi in Palestine.

Each of the three books under review is enormous. In fact, the page count in Hasidism: A New History is misleading; not all book pages are the same, and these 895 pages could just as easily be 1,200 in a book of more traditional size (6” x 9” rather than 7” x 10”) and with a type size not so small. Part One, “Beginnings,” starts in the birthplace of Hasidism: Eastern Europe, specifically the Polish-Lithuanian commonwealth of the early 18th century. It was an agrarian economy. Eighty percent of the population were peasants working the land, all of which was owned by the king, his magnates and the Catholic Church. Jews from what is now Germany were attracted to Poland, where anti-Semitism was less common. By the time of the death of the Ba’al Shem Tov, the primary founder of Hasidism, a movement of Jewish spiritual renewal, there were about 750,000 Jews in the commonwealth.

Every Christian needs a better understanding of the Jewish origins of his or her faith.

Many Christians are familiar with the Ba’al Shem’s short teachings, which can be inspiring and enlightening to people of all faiths, from the books of Martin Buber (e.g., Tales of the Hasidim). One of the most interesting aspects of Hasidism, in fact, is the way the story of this spiritual movement is broadened from Buber’s essentialist, perhaps caricatured, representations. Other parts of the book detail beliefs and practices, institutions, development of the founders’ ideas, controversies, Hasidism in the early 20th century, how it changed in the New World and what has happened since the Holocaust.

While it should be in every serious library of Jewish thought and history, there is so much here that Hasidism serves as a reference more than anything else. Imagine you wanted to create the best possible boat and so you kept adding to it. Soon, you’d have too much boat to be useful. That may have happened here. Only a handful of experts in the field (who might be well represented among the authors) is going to find every one of these chapters important.

I felt differently about Lioness: Golda Meir and the Nation of Israel, the new biography of Golda Meir, the former prime minister of Israel, which is both eloquent and exhaustive. Despite its length of almost 900 pages, Francine Klagsbrun’s narrative is consistently engaging. It is nearly impossible to write such a book on one’s own, and Klagsbrun hired local researchers in several countries who functioned as her archive cormorants and willing photocopiers. I know this from having heard her speak about the book when she came to Milwaukee, Meir’s hometown, last December.

Klagsbrun clearly admires her subject, and it is difficult not to. Every public figure should have such a sympathetic, thorough biographer. My only complaint is that Klagsbrun’s tone occasionally strays from the factual to the intangible. For example, she describes Meir as at times “beckoned” by things, or Zionism “tugging at her soul.” At these moments, this reader might wish for a quotation from a letter or journal entry.

Meir came of age at the precise moment when Zionism was booming. Membership in American Zionist groups increased tenfold during the First World War. Growing up in Milwaukee (having emigrated with her family from Tsarist Russia), Meir was one of the most enthusiastic of these new Zionists, first in the States, then in Palestine. She took charge of her first kibbutz in 1921 at the age of 23, prefiguring positions she would hold later in life. But her rise was slow and uneasy. For example, according to Klagsbrun, some of her fellow comrades on that kibbutz took to calling her “witch.”

It was on Zionism that I most appreciated Klagsbrun, and the subtitle of her book reveals her intention to interpret Meir through the lens of this controversial subject. One long paragraph offers the most succinct and clear explanation of the three waves of early Zionism I have read. The paragraph ends by describing Meir as part of the third wave, better known as the “Third Aliyah” (“going up”):

Golda would later say that the Second Aliyah workers originated the basic institutions and programs that would form the foundations of the Jewish state—Jewish labor, collective living, an emphasis on Hebrew—and “bequeathed” this “torah” (teaching) to the Third Aliyah members, who “accepted it with a full heart and with joy.”

With #MeToo in the daily news, I found Klagsbrun’s account of Meir’s struggles as a woman in leadership poignant and powerful. So, too, were her descriptions of Meir’s difficulties in navigating a bad marriage that was nevertheless full of love. Meir faced criticism as a wife and mother that would likely not have been considered relevant had she been male. Klagsbrun tells this—and all of Golda Meir’s story—exceedingly well.

The third of the tomes reviewed here comes from Rabbi Shai Held: The Heart of Torah: Essays on the Weekly Torah Portion. My wife and I used to have a routine on Fridays; I would go to noon Mass and she would join me afterward at a local restaurant. Over fish fry, we would read aloud from Held’s commentary on the weekly parashah (“portion” in Hebrew). For this reason, I was grateful to see that these would be published in two volumes by the Jewish Publication Society, which also publishes Etz Hayim: Torah and Commentary and the JPS Hebrew-English Tanakh, used often in synagogues and seminary classes.

Love is supposed to have an object, and clear action. That is a lesson we all could learn.

Jewish congregations divide the Torah, or Five Books of Moses, into “weekly Torah portions” or parashiyot. The first portion, for example, is Bere’shit, or “In the beginning,” and covers Genesis 1:1 to 6:8. Rarely is the full portion read aloud from the Torah scroll at Shabbat services, but a portion of the portion is read. Fifty-four parashiyot works out to roughly one for each Shabbat of the year.

The Passion of Jesus and Anti-Judaism
Raymond E. Brown

Much of what is covered in Held’s two volumes will be new to Christians, even to a seminary graduate, because he sometimes draws on differences of interpretation between biblical and rabbinic Hebrew. One example of what I find invaluable also goes to the point I made at the outset: that Christians need to understand that Judaism today is different than it was when Jesus was a rabbi in Palestine. On the portion Kedoshim, Held explains, “No words in the Torah are better known than ‘love your neighbor as yourself’ (Lev. 19:18).” This will strike some Christians as surprising, or even produce a sense of déjà vu. We are often led to believe that our faith and Lord are the originators of this commandment. Of course, this is not so. Rabbinic Judaism and early Christianity trace their origins to about the same time and were like brothers. Jesus is a bridge between the two.

Held goes on to explain in his commentary on the verse that this is what Judaism calls a mitzvah. And contrary to popular understanding (among Jews as well as Christians), mitzvahs are not “good deeds” but rather commandments. Then Held asks, “Can we really be commanded to love—or to feel anything at all, for that matter?” Yes, he explains, with a quick Hebrew lesson:

The Hebrew does not say ve-ahavta et rei’akha, as we might expect, but rather ve-ahavta le-rei’akha. Ahav here surprisingly takes an indirect object rather than the usual accusative. We might capture this—crudely—in English as follows: The text seems to say not “love your neighbor” but “love to your neighbor.”

There is no armchair loving possible, according to the Bible. Love is supposed to have an object, and clear action. That is a lesson we all could learn.

This article also appeared in print, under the headline “Not Only Because Jesus Was A Jew,” in the Spring Literary Review 2018, issue.

Jon M. Sweeney is a frequent contributor to America and the author of many books including Francis of Assisi in His Own Words and, for children, The Pope’s Cat series, illustrated by Roy DeLeon.