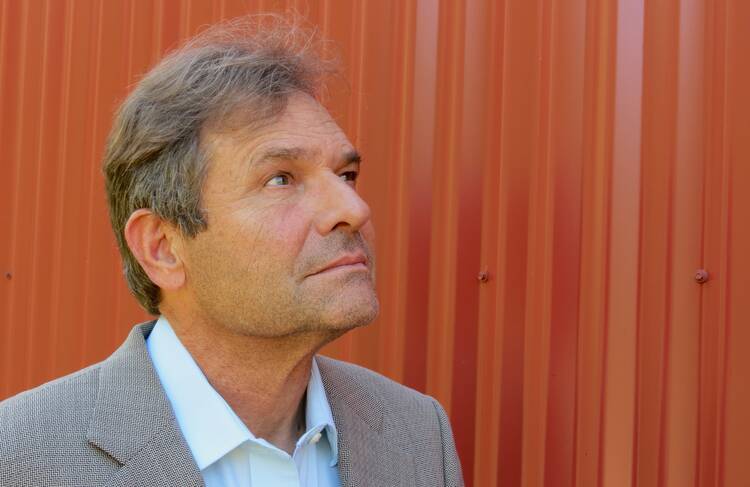 The title story of Denis Johnson’s posthumous collection, The Largesse of the Sea Maiden, begins with a lighthearted dinner party. After a delicious meal, the conversation drifts to the topic of the loudest sounds anyone has ever heard. Several examples are offered, ranging from the emotionally fraught to the comical. Then a young man shifts the discussion to silences, saying that the most silent thing he had experienced was the moment after a land mine blew off one of his legs in Afghanistan.

The Largesse of the Sea Maidenby Denis Johnson

This statement reduces the group itself to silence, until one woman asks if he would take off his prosthesis (which none of them had even noticed he wore). The man agrees on the condition that she kiss the stump of his leg. When he finally undoes all the straps and reveals his brokenness, she breaks down crying, finding herself unable to plant the kiss.

That is not a spoiler, by the way. It is just an anecdote tangential to the story’s main narrative arc. But it may be the perfect emblem for Denis Johnson’s literary legacy.

Johnson, who passed away last year at 67, was a chronicler of the lost, the wounded and the deformed. Across a range of genres—he wrote poetry, fiction, nonfiction, plays and screenplays—Johnson’s haunting, enigmatic writing is populated by addicts and grifters, mercenaries and warlords, loners and losers of every cast and hue.

His first book, a volume of poetry, appeared in 1969, when he was only 19, but it was with his short story collection, Jesus’ Son (1992), that Johnson gained wide acclaim as a writer of extraordinary subtlety and power. The fictional protagonist of these interconnected stories—drunk, high and nearly always in trouble—is never named, except by the profane moniker he has picked up along the way.

Denis Johnson was a chronicler of the lost, the wounded and the deformed.

Johnson never made any secret of the fact that stories such as those in Jesus’ Son possessed an autobiographical element: He was a recovering alcoholic and heroin addict who had sojourned among those he would later write about. This history of adversity, by an act of almost supernatural grace, turned into a literary strength. As a narrator, Johnson never stands above his characters. His own vulnerability and need and wonder build a bridge of empathy that connects the tale, the teller and the reader.

This would remain true even when Johnson’s writing left behind the small-town American West to venture into hotspots as far afield as Africa and Asia. Like Graham Greene, one of his literary influences, Johnson understood that the line between loyalty and betrayal can get blurred under extreme conditions. That theme also runs through Johnson’s most ambitious novel, the National Book Award winner Tree of Smoke, a Vietnam story with strong echoes of Greene’s The Quiet American and Joseph Conrad’s Heart of Darkness.

The same themes run through his nonfiction essays, which took him to many of the darkest and most dangerous places on the planet, from Liberia to Somalia to Afghanistan. As one critic noted: “Never does Johnson distinguish himself from the evil and chaos he meets; on the contrary, he just as readily becomes another agent of it.”

The Largesse of the Sea Maiden collects five long stories that constitute a moving envoi to a remarkable literary career. While it is not an intricately shaped book like Jesus’ Son, it offers a window into many of Johnson’s central concerns and might indeed be the ideal book to introduce a reader to his oeuvre. One might even say that the stories gathered here amount to an extended reflection on what in the Christian tradition are called the four last things: death, judgment, heaven and hell. “It’s plain to you that at the time I write this, I’m not dead,” the narrator says at the end of “Triumph Over the Grave,” “but maybe by the time you read it.”

Denis Johnson’s haunting, enigmatic writing is populated by addicts and grifters, mercenaries and warlords, loners and losers of every cast and hue.

In the title story, a burnt-out advertising executive named Bill Whitman recounts, in desultory fashion, some of the encounters and relationships that have meant the most to him. What appear at first to be random scenes and memories begin to exercise a sort of gravitational attraction on one another, hinting at deeper patterns and meanings.

One of Whitman’s friends is a painter of “Biblical themes, mostly dire and apocalyptic,” Tony Fido, whose works are “almost coded, as if to fool or distract the unworthy.” The artist “believed in spells and whammies and such, in angels and mermaids, omens, sorcery, wind-borne voices, in messages and patterns.” He is given to random pronouncements like: “We live in a catastrophic universe—not a universe of gradualism.”

It is easy to dismiss this loony artist as a harmless eccentric, but that would be a mistake. It would be to miss the coded nature of Johnson’s fiction, which on the surface is highly realistic and raw but which has the capacity to suddenly open out to a world of angels and mermaids. For example, Fido is a traditional name for a dog; its etymological root is the Latin for “I trust.” Though Fido may not always live up to this faith, he challenges Whitman’s tendency to slide into despair, forcing him to recognize that our actions can be catastrophic, that they can have serious consequences that must be faced. This, too, is a biblical theme.

Johnson’s preoccupation with religious metaphors and narratives has often been noted, but for most of his career he steadfastly refused to be drawn in by those who wanted to know whether he believed in God or not. That is “a question I’ve learned to run from, and it’s the chief reason I avoid giving interviews,” Johnson said in 2013. “If I’ve discussed these things in the past, I shouldn’t have. I’m not qualified. I don’t know who God is, or any of that. People concerned with those questions turn up in my stories, but I can’t explain why they do. Sometimes I wish they wouldn’t.”

One such character turns up in “The Starlight on Idaho,” one of the strongest stories in Largesse. Mark Cassandra—another suggestively named character—is going through drug and alcohol rehabilitation at a run-down facility in Ukiah, Calif. The story takes the form of letters Cass writes to those he has either loved or wronged; he is making amends, in classic Twelve Step fashion. To prevent a relapse into alcohol consumption, he has been prescribed Antabuse, but he suspects that it is causing hallucinations and other ill effects. Ironically, the very drug that is meant to prevent addiction is plunging him into the world of angels and mermaids.

Denis Johnson: "I don’t know who God is, or any of that. People concerned with those questions turn up in my stories, but I can’t explain why they do. Sometimes I wish they wouldn’t.”

Johnson’s legendary capacity to fuse humor and horror into a sort of holy dread is on full display in this story. “Dear Pope John Paul,” Cass writes at one point, “Do you have two first names or is Paul your last name, like you’re Mr. Paul.” Sometimes he wonders if he has died and “this is Purgatory, Heaven, or Hell. And it’s up to me which one.”

At one point Cass hears the testimony of an ex-cop who had turned dirty and lost everything. In a passage that channels both St. Augustine and John Donne, the ex-cop says: “Squeeze till you get tired, Lord. Kill me, Lord, I don’t care, as long as it’s you that kills me. Just got outa Pelican Bay Prison eight days ago, and rehab is part of my parole. And nothing to show for thirty-six years on this earth. Except that God is closer to me than my next breath. And that’s all I’ll ever need or want. If you think I’m bullshitting, kiss my ass. My story is the amazing truth.”

Denis Johnson certainly believes that we need to kiss something: the brokenness that we share.

This article also appeared in print, under the headline “Bridges of Empathy,” in the Spring Literary Review 2018, issue. 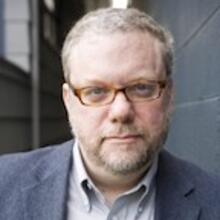 Gregory Wolfe is the editor of Image journal and Slant Books. This fall he will be the Pierre Teilhard de Chardin, S.J. fellow in Catholic studies at Loyola University, Chicago.