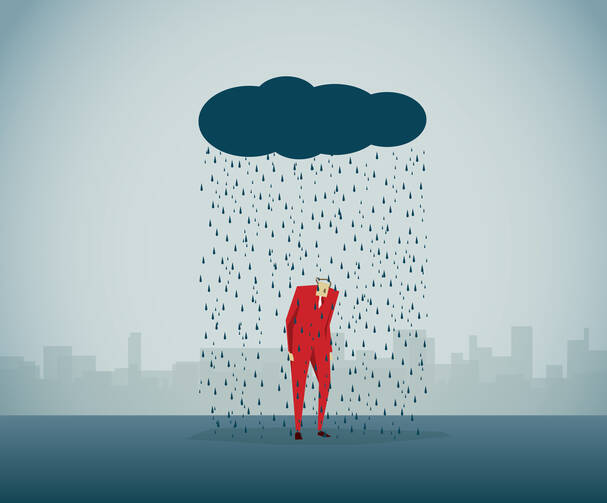 Researchers have made tremendous gains in understanding how trauma lodges in our brains and our bodies, stuck there as unprocessed sensory experiences we are cursed to relive, as if these experiences are ot memories but are happening right now. Elizabeth Strout’s excellent new short story collection, Anything Is Possible, offers an array of harrowing and poignant case studies portraying this legacy of trauma––not through brain scans and clinical diagnoses, but through the lived experience of the inhabitants of a small rural town in Illinois, most of whom have been suffering from physical and emotional abuse for most of their lives. As Strout describes their predicament, “They had grown up on shame; it was the nutrient in their soil.”

Anything is Possible: A Novelby Elizabeth Strout

Anything Is Possible is a kind of sequel to Strout’s last work, her superb short novel, My Name Is Lucy Barton, about an accomplished writer who fled this same town many years ago. Indeed, much of the action in Strout’s new stories hinges on Lucy Barton’s publication of a memoir with the same title. The fact that Lucy Barton beat the odds to leave the town and somehow transcend the poverty and abuse of her childhood spurs these characters to confront their own legacies–-like the janitor, Tommy, who years ago lost his milking farm to a fire he believed he had caused; Charlie, a vet suffering from PTSD who wanders through town; the guidance counselor Patty, who longs for connection after losing her husband, who had been sexually abused as a child; and the Bartons themselves—Lucy’s brother, Pete, and her sister, Vicky—who are forced to revisit their past when Lucy visits them after abandoning the family 17 years before.

By intertwining these stories as she did in her Pulitzer Prize-winning collection, Olive Kitteridge, Strout brilliantly illuminates each character from varying points of view. The interplay with My Name Is Lucy Barton adds yet another dimension, bringing even more depth and clarity to the ruinous impact of abuse on so many lives. This layered intertextuality also magnifies our delight as readers in meeting characters we have already heard about, whom we feel we already know.

While Strout’s masterful design draws us in, it is the searing emotional specificity of her language that captures us, demonstrating again and again how the traumas of the past are alive within us. Here’s the janitor, Tommy, after finding out he may not have been to blame for burning down his barn after all:

"Driving home, Tommy was aware of a sensation like that of a tire becoming flat, as though he had been filled––all his life––with some sustaining air, and it was gone now; he felt, increasingly as he drove, a sense of fear."

And here’s Charlie, the vet, waiting for a prostitute to arrive at his hotel room:

"Panic, like a large minnow darting upstream, moved back and forth inside him. He was suddenly as homesick as a child sent to stay with relatives: when the furniture seemed large and dark and strange, and the smell peculiar, each detail assaultive with a differentness that was almost unbearable. I want to go home, he thought."

The devastating core of the book is the reunion between Lucy Barton and her two siblings in the filthy, wretched family homestead where brother Pete still lives. In the confrontation among the three Barton children, Strout dramatizes the inner battles the siblings wage to defend the walls they have erected to protect themselves, that they know deep down also imprison them––from Pete’s obsessive preoccupation with the streaks of dirt on the wall, to Vicky’s vain attempt to stop herself from giving voice to the resentment she has harbored for so many years. As Vicky catalogues the many ways their parents abused them, Lucy can’t bear it.

“But it’s true,” said Vicky. “It’s all true, who else are we supposed to talk to about this? Lucy, why don’t you write a story about a mother who cuts up her daughter’s clothes? You want truthful sentences. I mean it. Write about that.”

While Vicky presses her to write about the truth, Lucy becomes increasingly agitated, her voice rising as she tells Vicky over and over again to stop it––that their childhood wasn’t that bad. And Vicky replies with a sentiment that holds true for so many of the stories told here: “It was exactly that bad, Lucy.”

A lover of fiction sets out to find the truth
J. Greg Phelan

Lucy’s ensuing anxiety attack is described with a wise observation that only someone schooled in trauma would notice––“she [Lucy] began to shake her hands as if she had just washed them and there was no towel.” Scientists have observed that wild animals exhibit this sort of intense shaking after they experience trauma––theorizing that the animal’s nervous system employs this shaking to metabolize the accumulated stress and release it. And so, as such insightful, finely wrought details accumulate, we feel strangely hopeful that these crises are just what these frozen, desperate characters need to release their traumas and break free.

Each story in Anything Is Possible reflects and wonderfully deepens the stories that come before it––including the novel My Name Is Lucy Barton––like musical variations deepening a bittersweet theme. In the act of telling these stories––writing the truth, which is “exactly that bad”––Strout pays witness to our universal suffering, showing us with a warm exactness that, in the end, it is our adversities that forge the essence of our humanity, giving hope, indeed, that “anything is possible for everyone.” 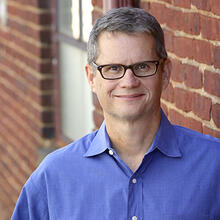 J. Greg Phelan is co-founder and board chair of Project Write Now, a nonprofit dedicated to helping people of all ages become better writers. He has written for The New York Times, The Millions and other publications.