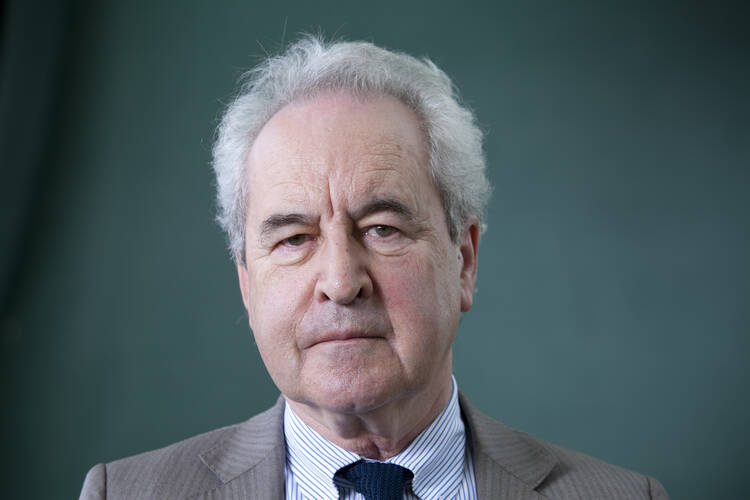 Dublin is not Paris, or London, or New York, those favorite haunts of writers down through the centuries. Or maybe it deserves to be thought of in that august company. John Banville certainly seems to think so. The Irish novelist and mystery writer (who sometimes writes under the nom de plume Benjamin Black) takes readers on a tour of literary Dublin, making a few other historical stops along the way, in his charming new memoir, Time Pieces. Refreshingly idiosyncratic, this book probably will not inspire Martin Amis or Salman Rushdie to buy a Dublin flat, but the reader may well find him or herself scrolling through air fares on Aer Lingus.

Banville did not grow up in Dublin. But every year on his birthday—Dec. 8, the feast of the Immaculate Conception, a public holiday at the time—he was treated to a day trip to the capital from his home in Wexford. That Dublin in the 1950s was “mostly a gray and graceless place” did not deter him, and when he was old enough he “forsook” Wexford for an extra room in his aunt’s home on Upper Mount Street.

These memories are evoked as an older Banville, now a much-honored literary figure (author of The Sea, winner of the Man Booker Prize in 2005), rambles through the streets of the capital. Perhaps unsurprisingly, he has few kind words for the church of his youth, but he is good company nonetheless, and it is great fun to see where his meanderings lead.

John Banville has few kind words for the church of his youth, but he is good company nonetheless.

Here is the Grand Canal, elegized by Patrick Kavanaugh, that runs all the way to the River Shannon. There is the Jesuit high school James Joyce made infamous in A Portrait of the Artist as a Young Man. “Irish writers never merely emigrated,” he writes, “they always ‘went into exile.’” Thankfully Banville stayed put.

Getting Catholicism, the Troubles and 90s nostalgia right in ‘Derry Girls’
Jake Martin

Do mothers and unborn children have an equal right to life? Irish voters will decide in May
Michael Kelly - Catholic News Service

Mostly Time Pieces is an excuse for Banville to riff on the rain (“its drops as fine and penetrating as neutrinos”), the underrated quality of Irish light (“exquisite, silvery, ever-changing”) or the color of tea (like “tree trunks sunk for centuries in swamp water”). “We do not grow up,” he writes, “all we do is grow dull.” Banville is 72 now, but he has not lost his switchblade-sharp eye for seeing.

This article also appeared in print, under the headline “Your man in Dublin,” in the March 5, 2018, issue.