The problem of mass incarceration is more complicated than we thought. 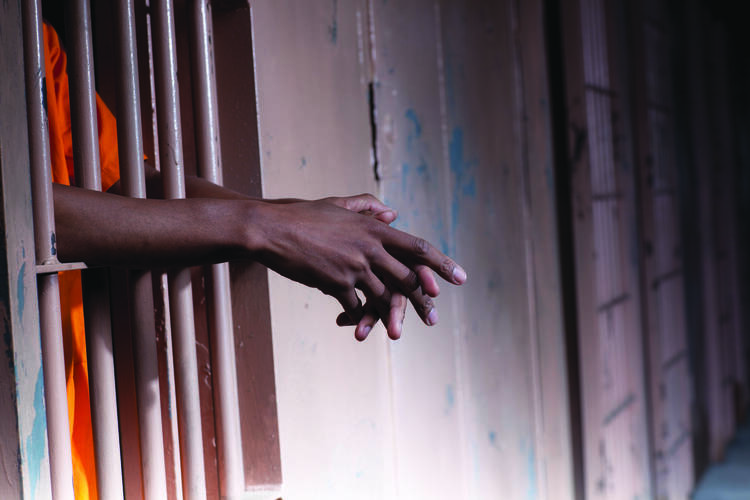 We live in a so-called post-fact, post-truth era when politicians and media attempt to manipulate public opinion to their narrow interests. Yet, as President Obama warned in his farewell address, “reality has a way of catching up with you.” On the reality of mass incarceration, the question is whether or not we will catch up with it.

Locked In by John Pfaff

Locking Up Our Own by James Forman

Two new books help readers catch up with the reality of how the United States became the world’s incarceration leader. The authors, John Pfaff of Fordham University Law School and James Forman of Yale University Law School, unflinchingly cast their eyes on the hard reality of mass incarceration. They demonstrate the enduring—and crying—need for objective scholarship.

John Pfaff’s Locked-In: The True Causes of Mass Incarceration and How to Achieve Real Reform dismantles the argument made by Michelle Alexander in her award-winning book, The New Jim Crow. The first part of Locked In challenges the reigning consensus—the “standard story”—buttressed by Alexander’s work.

Pfaff, whose exacting prose meticulously explores every data set and perspective, begins by explaining how the standard story is wrong about the origins of mass incarceration. Pundits and academics often indict the failed drug wars of Presidents Richard Nixon and Ronald Reagan. While Nixon employed tough rhetoric against crime, his policy actually favored public health responses over punitive enforcement. Furthermore, prison populations did not budge much during his presidency.

An opposite problem arises in Reagan’s case. By the time Reagan gave his “war on drugs” speech, the U.S. incarceration rate had risen nearly 80 percent over the past decade. The “slow, steady climb” of incarceration, Pfaff writes, was already well underway. More important, however, a narrow focus on the president is misplaced. In reality, there are over 3,000 wars on drugs and crime waged by district attorneys and local law enforcement.

Jesuit institutions must do more to undo racism.
Alex Mikulich

Pfaff trains our attention on localities. The federal government does play a role in mass incarceration and offers some policy direction. However, Pfaff shows that states and municipalities often ignore federal prescriptions, including monetary incentives to adopt different approaches.

A second weakness Pfaff exposes in the standard account is that although nonviolent offenders get the most attention from reformers, they account for less than 20 percent of all prisoners. Another complicating factor is that many drug offenders can in fact be violent. Policy makers and reformers alike need to attend to violent crime, not because it is on the rise—it is not—but because we need more nuanced responses to diverse individuals and forms of violence.

James Forman’s Locking Up Our Own: Crime and Punishment in Black America is no less erudite. Forman’s style is less pedantic and more engaging as he tells his personal story of serving as a public defender for six years in Washington, D.C.

When Forman clerked for Supreme Court Justice Sandra O’Connor, she asked him why he wanted to be a public defender. His clear response was that he believed that “today’s civil rights struggle will be fought in the criminal justice system.”

African-Americans have always viewed the protection of black lives as a civil rights issue, whether the threat comes from the police or street criminals.

As a public defender, Forman found himself on the other side of judges, prosecutors, police and victims who also believed they were carrying the civil rights mantle of Dr. Martin Luther King Jr. His book tells the living passion play of how all these actors contribute to a system that devastates African-American communities.

Just after the success of civil rights legislation in the 1960s, the first substantial cohort of African-American mayors, judges and police chiefs gained office just when there was a major surge in crime. Documenting a full range of responses by African-American leaders and citizens over the past 40 years, Forman repudiates claims by defenders of the criminal justice system that African-Americans protest police violence while ignoring violence by black criminals.

African-Americans have always viewed the protection of black lives as a civil rights issue, whether the threat comes from the police or street criminals. Far from ignoring black-on-black crime, Forman implores, African-American officials and citizens alike have been “consumed by it.”

Both Forman and Michelle Alexander demonstrate how African-American distrust of the police runs as deep as the nation’s long history of police brutality and racism. After all, U.S. policing traces its roots to the control of slaves. Forman and Alexander illuminate how shame operates in communities devastated by overlapping ills of poverty and the racial bias of the dominant culture that associates blacks with criminality. When public officials shame communities of color, shaming maintains the dynamics of silence and distrust with the police and, worse, exacerbates the trauma that is a driver of violence itself.

Forman’s compassionate narrative interweaves the complexities of racial and class dynamics, especially in how African-American political officials, police chiefs, judges and prosecutors came to support the punitive policies that now ravage poor communities of color more than anyone else.

Neither Pfaff nor Forman softens the role of racism throughout the criminal justice system. Both unpack how the system is fraught with racial disparities.

If we hope to regulate increased prosecutorial aggressiveness, Pfaff contends, we need to understand how prosecutors operate. Sadly, unlike other dimensions of the criminal justice system, we know little to nothing of how they operate because of a paucity of informative tracking data. Thus Pfaff calls prosecutors “the man behind the curtain,” and their offices “black boxes.”

Exploring multiple hypotheses that might help us understand the disproportionate power wielded by district attorneys, Pfaff urges thorough scrutiny of prosecutors and their offices. He exhaustively considers the role of tougher sentencing laws, the role of “tough on crime” political rhetoric, the weakening of public defense, the fact that prosecutors rarely face competitive elections, the ways prosecutors reap the political benefits of sending someone to prison while costs are borne by the poor and the states, and the enduring role of implicit racial bias.

Until citizens and policy makers create means to track meaningful data in all of these areas, and develop more robust means of prosecutorial accountability, as Pfaff puts it, we are “flying blind” with no real understanding of how prosecution contributes to mass incarceration.

Pfaff and Forman lament how the public defender system is so woefully underfunded that in 43 states, indigent defendants are required to pay some or all of their lawyer’s costs. Pfaff is rightly enraged that making the poor pay for their own constitutionally required lawyer is a mockery of everything for which the constitutional right to counsel stands. The problem is exacerbated by the fact that many localities are running modern debtor’s prisons, where the failure to pay a fine results in the defendant getting locked up. As the saying on the street goes, “them with the capital don’t get prison or capital punishment.”

Turning his attention to the “broken politics of punishment,” Pfaff detects multiple problems in punitive responses. One of these is the “safety first” approach adopted by liberals and conservatives alike. The problem is that punishment imposes heavy costs on offenders and their communities. The safety-first approach puts too little weight on these costs. Research and advocacy centers like the Pew Research Center and the Brennan Center for Justice need to pay more attention to funding de-carceration policies that lead to better employment opportunities for those released from prison.

Both texts should become required reading for students, citizens, activists and policy reformers interested in excavating how our system of hyper-incarceration was constructed incrementally over decades. Their analyses of root causes and extensive public policy prescriptions ought to instruct every reform debate. Otherwise, the reality of mass incarceration is not only catching up with us; it is choking life and justice to death.

This article also appeared in print, under the headline “The problem of mass incarceration is more complicated than we thought.,” in the February 20, 2017, issue.

Alex Mikulich is co-author of The Scandal of White Complicity in U.S. Hyper-incarceration: A Nonviolent Spirituality of White Resistance (Palgrave MacMillan).