‘We will hunt you down and make you pay’: Is violent revenge against terrorists moral? Just war theory says no. 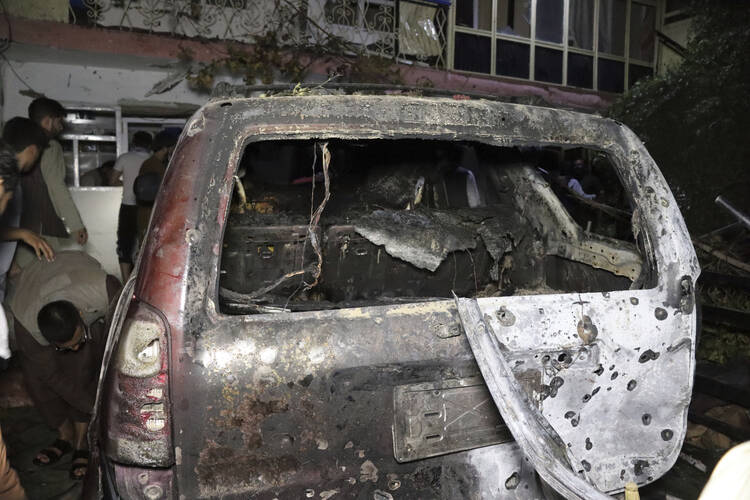 A destroyed vehicle is seen inside a house after a U.S. drone strike in Kabul, Afghanistan, on Aug. 29, 2021.  (AP Photo/Khwaja Tawfiq Sediqi)

Mourning the death of 13 U.S. service members and nearly 200 other people in the terrorist attack on the Kabul airport on Aug. 26, President Biden made a speech in which he sent a direct message to the perpetrators: “To those who carried out this attack, as well as anyone who wishes America harm, know this: We will not forgive. We will not forget. We will hunt you down and make you pay. I will defend our interests and our people with every measure at my command.”

With these powerful words, Mr. Biden voiced his intention to punish those responsible. And punish he did. The U.S. military disclosed that it launched a drone strike on Aug. 27 and killed two members of ISIS-K, the group that has claimed responsibility for the airport attack, in Nangarhar Province. Another U.S. drone strike, on Aug. 29, targeted a vehicle containing explosives and an undetermined number of occupants.

While the desire to respond to the terrorist attack is understandable, the way Mr. Biden framed his thinking raises profound moral questions. It gives renewed attention to the practice of targeted killing, about which much ink was spilled during the presidencies of Donald J. Trump and Barack Obama.

Mr. Biden has prompted renewed attention to the practice of targeted killing, about which much ink was spilled during the presidencies of Donald J. Trump and Barack Obama.

Mr. Biden, the second Catholic U.S. president, takes pride in his faith. He quoted St. Augustine in his inaugural address and has placed a photo of Pope Francis in the Oval Office. Clearly, religious arguments matter to him, as further demonstrated by the biblical citation he made in last week’s speech: “Those who have served through the ages have drawn inspiration from the Book of Isaiah, when the Lord says: ‘Whom shall I send? Who shall go for us?’ And the American military has been answering for a long time. ‘Here I am, Lord. Send me.’ ‘Here I am, send me.’”

So it is appropriate to ask: Is there a moral basis for punitive targeted killings? Just war theory can help answer this question. Most contemporary just war thinkers say it is difficult to distinguish between retribution (which is morally justifiable) and vengeance (which is morally indefensible). The former seeks to inflict a fair punishment for an act of violence by re-establishing the equilibrium of justice the act of wrongdoing has disrupted; the latter, in the words of the legal philosopher David Luban, amounts to “an open invitation to self-serving, unfair, overly harsh, and excessive punishment.”

If we accept that the retributive punishment of those who masterminded the Kabul airport attack is a just cause, what would a fair punishment look like? If we consider the use of lethal force, which Mr. Biden implicitly suggested in his remarks and on which he followed through by authorizing the drone strike, the death penalty comes to mind as a parallel from the domestic criminal justice system. A major difference, of course, is that in targeted military strikes the terrorists are executed without having had a chance to stand trial.

In the context of armed drones, often the weapon of choice for targeted killings, the U.S. bishops have explicitly limited the morality of their use to the just cause of self-defense.

Is there a moral basis in contemporary church teaching for the retributive targeted killing of alleged terrorists? The answer is no. In contrast to classical just war thinking, as succinctly summarized by St. Thomas Aquinas, retribution is no longer considered to be a just cause for war. Today’s Catholic teaching on war and peace starts from a “presumption against war,” as the U.S. bishops wrote in their pastoral letter “The Challenge of Peace” in 1983. Only if a number of restrictive just war criteria have been met can the use of armed force be morally justifiable. While the church continues to accept the just cause of self-defense and has been open to the “responsibility to protect” framework, contemporary teaching does not sanction the use of armed force to re-establish the equilibrium of justice following acts of wrongdoing. In the context of armed drones, often the weapon of choice for targeted killings, the U.S. bishops have explicitly limited the morality of their use to the just cause of self-defense.

Is Joe Biden repeating the mistakes of the past in Afghanistan? Catholic commentators weigh in.
Bill McCormick, S.J.

Furthermore, and most interestingly vis-à-vis the practice of targeted killing, Pope Francis recently declared that the death penalty is no longer morally justifiable. Modern popes up until Francis, often publicly perceived as opposed to the death penalty, did not rule out the death penalty in principle. Francis, in contrast, has firmly stated that there is no moral basis for the death penalty; thus, the above argument of considering the targeted killing of terrorists as a parallel to domestic capital punishment is irreconcilable with Francis’ teaching. In the Holy Father’s own words: “It is necessary, therefore, to reaffirm that no matter how serious the crime that has been committed, the death penalty is inadmissible because it is an attack on the inviolability and the dignity of the person.”

If “we will hunt you down and make you pay” means that Mr. Biden has in mind the targeted killing of alleged terrorists, as the most recent drone strike suggests, there is no moral basis for such action in contemporary Catholic thinking. If the president wants to re-establish an equilibrium of justice that the terrorists have disrupted by the airport attack, the terrorists should be captured and taken to court. Otherwise, the praiseworthy desire for justice risks degenerating into acts of vengeance. That is why St. Augustine, the saint Mr. Biden holds in high regard, warned against giving in to “the cruel thirst for vengeance” as one of the motivations for war. 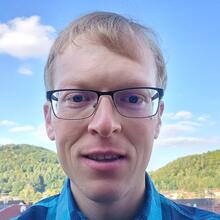 Christian Braun is a research fellow at Radboud University in the Netherlands and a trustee of the Council on Christian Approaches to Defence and Disarmament.