Afghanistan, Vietnam and the American legacy of lies 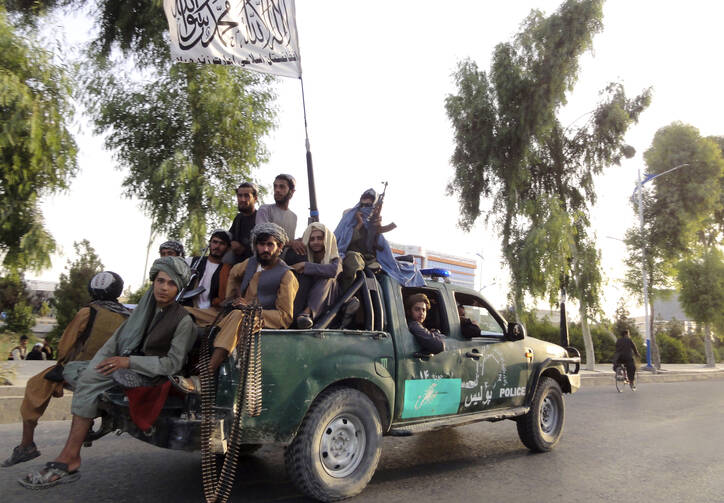 Amid the United States’ chaotic withdrawal of its last remaining troops from Afghanistan and the Taliban takeover of the mountainous tribal nation it first controlled in 1996, Secretary of State Antony Blinken, in an Aug. 15 interview with CNN, firmly rejected any comparisons between our decades-long war in the Middle East and our past involvement in Vietnam.

“This is not Saigon,” said Mr. Blinken. “We went to Afghanistan 20 years ago with one mission, and that mission was to deal with the folks who attacked us on 9/11. And we have succeeded in that mission.”

Mr. Blinken is, at least partially, correct: Our invasions of Afghanistan and Vietnam grew out of largely disparate contexts. President Lyndon B. Johnson’s escalation of the war in Vietnam, prompted by spurious claims of a North Vietnamese attack on U.S. Navy warships in the South China Sea, came amid fears of Communist expansion in Southeast Asia and provoked sustained protests at home, deeply dividing a changing nation.

The death rattle of our broken military strategy in Afghanistan is an embarrassing echo of America’s missteps in Vietnam five decades prior.

The Bush administration’s entry into Afghanistan was the direct result of the terrorist attacks of Sept. 11, 2001—and the American desire for immediate retaliation against Al Qaeda and for the capture of its leader, Osama bin Laden, who had planned the attacks from Afghanistan. (An opinion poll conducted in mid-October 2001 revealed that 88 percent of respondents approved of “direct military action” against Afghanistan.)

But the death rattle of our broken military strategy in Afghanistan—sounded by the rapid re-emergence of Taliban rule, the utter defeat of Afghan government forces armed and trained by the United States, the hasty departure of Afghan president Ashraf Ghani as Kabul fell to insurgents, and the plight of hundreds of thousands of civilian refugees fighting for their lives—is an embarrassing echo of America’s missteps in Vietnam five decades prior.

Following his election in 1964, President Johnson, according to his special assistant Jack Valenti, viewed the conflict in Vietnam as “no bigger than a man’s fist on the horizon.” But by 1965, as South Vietnam became enveloped by Communist forces from the North, Johnson slowly escalated American involvement overseas—and he did so with significant public support. Like John F. Kennedy before him, Johnson sought a limited war that would crush Communism abroad without impeding his ambitious domestic agenda.

In the days after Sept. 11, 2001, George W. Bush wanted immediate direct action against Afghanistan but specifically against bin Laden and the Al Qaeda extremists who were most directly responsible for the terrorist attacks on American soil. According to Bob Woodward in his book Bush at War, the president initially sought a targeted campaign against “a list of thugs” and rejected calls from then-Secretary of Defense Donald Rumsfeld to expand military operations into Iraq in order to topple then-president Saddam Hussein there.

But neither Vietnam nor Afghanistan would be limited in scope, both quickly straying from originally stated objectives. President Johnson escalated the war in Vietnam and Richard Nixon later authorized an incursion into Cambodia and clandestine airstrikes against Laos. The Bush administration vanquished Al Qaeda forces some six months into the war but then set its sights on eliminating the Taliban; when his successor, Barack Obama, abandoned Mr. Bush’s counterterrorism strategy, the U.S. military turned to nation-building in Afghanistan.

Neither Vietnam nor Afghanistan would be limited in scope, both quickly straying from originally stated objectives.

The United States also lacked significant military intelligence going into both Afghanistan and Vietnam. Years after the capture of Saigon by North Vietnamese forces, Gen. Maxwell D. Taylor, chairman of the Joint Chiefs of Staff under Kennedy and Johnson, acknowledged significant gaps in American intelligence on Vietnam.

“We didn’t know our South Vietnamese allies,” he told journalist Stanley Karnow. “We never understood them [...] and we knew even less about North Vietnam. Who was Ho Chi Minh? Nobody really knew.”

Secretary Rumsfeld expressed similar sentiments nearly two years into the Afghanistan War. “I have no visibility into who the bad guys are in Afghanistan or Iraq,” Mr. Rumsfeld wrote in a 2003 memo. “We are woefully deficient in human intelligence.” In 2019, The Washington Post reported that many U.S. and Afghan officials believed American objectives, like training Afghan security forces, “were destined to fail because they were based on flawed assumptions about a country they didn’t understand.”

In an interview with America in December 2019, the national security expert Karen J. Greenberg agreed that the United States lacked basic intelligence on Afghanistan. “Among them was how exactly this tribal country functioned and what role the warlords and others were playing vis-a-vis the United States and other countries,” she said.

The histories of Vietnam and Afghanistan are further complicated by a legacy of lies. The 1971 publication of the Pentagon Papers, a secret government study of decision-making in Vietnam, demonstrated how the Johnson administration had “systematically lied” about American operations in Southeast Asia to Congress and the American public. Similarly, the “Afghanistan Papers” published by The Washington Post in December 2019 revealed that military and government officials in the Bush and Obama administrations continually made optimistic statements they knew to be false about America’s “steady” and “deliberate” progress in Afghanistan.

“Throughout the Afghan war, documents show that U.S. military officials have resorted to an old tactic from Vietnam—manipulating public opinion.”

Throughout the conflict in Afghanistan, U.S. generals publicly lauded the effectiveness of Afghan security forces while privately criticizing them as incompetent, corrupt thieves and “drug addicts.” According to the Afghanistan Papers, statistics were manipulated and warnings about the Taliban’s increasing strength were suppressed by the Pentagon to paint a positive portrait of the war effort.

“Throughout the Afghan war, documents show that U.S. military officials have resorted to an old tactic from Vietnam—manipulating public opinion,” reported The Washington Post.

And now President Biden’s precipitous withdrawal of American forces from Afghanistan is widely being called a political and moral disaster, surprising the White House and U.S. military officials, disturbing our international allies and sparking a serious humanitarian crisis.

Many commentators in recent days have drawn comparisons between our hurried retreat from Afghanistan and the collapse of Saigon in April 1975, when over 1,000 Americans and 6,000 Vietnamese were hurriedly evacuated from the fallen city by 70 U.S. Marine helicopters over the course of 18 hours. (Some 420 Vietnamese were left behind on the roof of the U.S. embassy.)

“This is really Saigon on steroids,” said the international human rights lawyer Kimberley Motley of Afghanistan on Aug. 16.

Such an ill-prepared, disorganized withdrawal is itself a microcosm of the wider conflict in Afghanistan: another war plagued by major intelligence gaps, competing objectives and shameless deception of the American public.

In a way, Mr. Blinken is correct: This is not Saigon. This is a reminder of what America still has left to learn.

Read next: Most of us ignored the War in Afghanistan. What do we owe those who did not have that privilege?