What America needs to know about the Afghanistan Papers 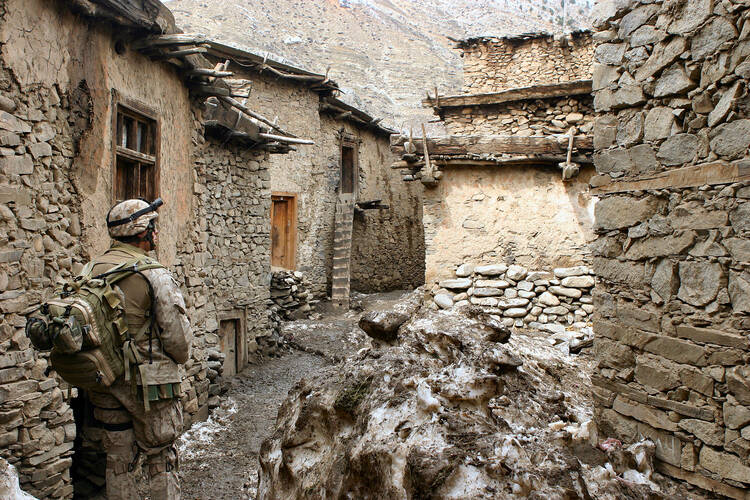 The Washington Post released previously unpublished reports and memos related to the ongoing war in Afghanistan on Dec. 9. These 428 interview transcripts and over 2,000 pages of notes, called the Afghanistan Papers, reveal a striking contrast between the private doubts and concerns of numerous ambassadors, military leaders and U.S. government officials and what they told the American public about the war.

More than 600 people sat for interviews with the Office of the Special Inspector for Afghanistan Reconstruction (SIGAR) as part of its $11 million “Lessons Learned” program, which, according to The Post, “was meant to diagnose policy failures in Afghanistan.”

The documents are a sobering record of intelligence errors, strategic blunders and sustained, widespread uncertainty regarding the purpose of the U.S. mission in Afghanistan—a nearly $1 trillion endeavor. Since 2001, the war has taken the lives of 2,300 American military personnel and an estimated 43,074 Afghan civilians.

On Oct. 7, 2001, President George W. Bush announced strikes against Al Qaeda and the Taliban in Afghanistan. He stated that the purpose of these “carefully targeted actions” was to “disrupt the use of Afghanistan as a terrorist base of operations and to attack the military capability of the Taliban regime.” However, as revealed in the newly released Lessons Learned report, former Afghan war czar Lt. Gen. Douglas Lute said in 2015, “We were devoid of a fundamental understanding of Afghanistan—we didn’t know what we were doing.”

To help make sense of the Afghanistan Papers, America spoke by phone with Karen J. Greenberg, who has written on matters of terrorism and national security for The New York Times, the Los Angeles Times and The Washington Post. A permanent member of the Council on Foreign Relations, Ms. Greenberg is currently director of the Center on National Security at Fordham University School of Law. This interview has been edited for length and clarity.

What intelligence did the U.S. lack when beginning military operations in Afghanistan? Was the war strategically misguided from the start?
Much of the criticism about the war in Afghanistan was understated, but there are many things we didn’t know. Among them was how exactly this tribal country functions, what role the warlords and others were playing vis-a-vis the United States and other countries. In other words, who to trust, what their actual goals were, how they viewed the Americans.

On Dec. 1, 2009, at West Point, President Obama announced a surge of 30,000 additional troops to Afghanistan and his plan to end U.S. involvement by July 2011. At the time, was it possible for U.S. forces to complete a successful transfer of power to Afghan troops?
Why was the drawdown so hard? In part because there was such opposition to it by officials who wondered, “If we draw down in Afghanistan, then what will happen?” Will Al Qaeda be on the rise again? Will other Islamist terrorist groups will be able to take root? For the most part, Obama’s decision was to draw down, but among many military experts and national security figures, that was a problem. It takes time.

The question was, “How are they going to do it?”

In March 2009, President Obama said that the United States could not “turn a blind eye” to corruption in Afghanistan. But based on an analysis of $106 billion in defense spending by the forensic accountant Gert Berthold, The Washington Post reported that around 40 percent of that money “ended up in the pockets of insurgents, criminal syndicates, or corrupt Afghan officials.” How could the United States expect to fight corruption in Afghanistan while financing so many corrupt actors? Was fighting corruption ever a realistic goal?
I think fighting corruption was our intention. It’s been our intention in many places. You know, it was the intention in Ukraine as well. But it’s very hard to do.

I think the question presumes a simplistic answer in circumstances that are not simplistic. For example, foreign policy in the Middle East, let’s say between Pakistan and Afghanistan and other countries, is very much determined by sort-of-quiet deals and more overt deals. Then a lot of what goes on is in the gray area. That’s not surprising.

You’re hitting on something else that I think is really important, and it’s been talked about in terms of Iraq but less so in Afghanistan, which is: What ultimately was the United States’ goal? And you see this throughout these interviews—the absence of a strategic goal. Was it to defeat Al Qaeda and the Taliban? Yes. Was it also to create a haven for some kind of democratic order, to nation build?

In many ways that was never actually clarified.

On Sept. 8, 2003—702 days after President Bush announced the U.S. invasion of Afghanistan—Secretary of Defense Donald Rumsfeld wrote in an internal memo: “I have no visibility into who the bad guys are in Iraq or Afghanistan.… We are woefully deficient in human intelligence.” Should it have been clear even this early in the conflict that the war was unwinnable?
I guess the question is: Can you win something you don’t understand? Can you have a strategy for something that you actually don’t understand? What’s amazing about what Rumsfeld said is that he admitted it.

We don’t know who’s our friend and who’s our enemy. Right? So that’s the corruption issue because it is not always clear who our friends versus our enemies are, particularly in an ever changing context, we may give funding and support to the wrong players or at the wrong time.

War in Afghanistan
The Editors

In his Lessons Learned interview, former acting U.S. ambassador to Afghanistan James Dobbins said: “We don’t invade authoritarian countries to make them democratic. We invade violent countries to make them peaceful and we clearly failed in Afghanistan.” Does invading violent nations to achieve lasting peace seem a viable foreign policy or was this simply the necessary response to the terrorist attacks of 9/11?
We invaded Afghanistan to respond to 9/11. It had nothing to do with turning violent entities peaceful. It had nothing to do with building a democratic society. It had to do with answering an attack on 9/11, and all this other verbiage that’s used to explain it afterwards misses the point.

If so many diplomats, generals and top government officials believed the mission in Afghanistan was either destined for failure or never clearly defined, why has the war persisted for nearly two decades despite these objections and warnings?
Because once you break something, it’s really hard to put it back together. And because once you start something, it’s very hard to pull out for a lot of reasons. One is saving face and another is believing in the mission, that you’re going to get another 9/11 if you don’t secure Afghanistan. Third is a kind of hubris, believing that you can actually transform a society with help from the outside and then the intervention becomes self-perpetuating.

Finally, the amount of people that are making money off military contracts, et cetera. You can’t minimize that. You can’t underestimate the way in which the profit motive influences decisions about continuing a war and as long as there is profit for military contractors, the incentive to pressure the government to stay engaged remains a powerful influence.

There have been a lot of comparisons made between the Afghanistan Papers and the Pentagon Papers. But both Ross Douthat of The New York Times and Jamil Smith of Rolling Stone have noted a lack of public concern surrounding the Afghanistan Papers. Does the public care about this report? Should they?
The citizens of this country are, at this point, so bombarded with what’s going on with the impeachment, with what’s happened with Russia, with hot button issues like the revival of nuclear confrontation with Korea...

They should care, and this is where public leadership comes in. This is where, if citizens don’t care, then Congress has to care.

It appears as though the United States has not learned from its mistakes in Vietnam. In your opinion, how can we best avoid repeating these same mistakes in the future?
The first lesson learned is that when you don’t know something about the place, you have to admit it. And when you admit it, you will then understand the things you need to find out. The second thing—and we knew this in Vietnam and we’ve known it in many different ways and we’ve learned it ad infinitum in the post 9/11 years—is that secrecy has fundamentally undermined safety, security, not to mention the legitimacy of this country.

I think that the lack of transparency about law, about resources and about what we actually were doing about strategy is appalling. That’s a lesson learned. Now how do you fix it? You have to have people in government at the highest levels who insist on transparency, who are willing to admit when they don’t know how to proceed.