Catholics must work to build a society that actually supports families 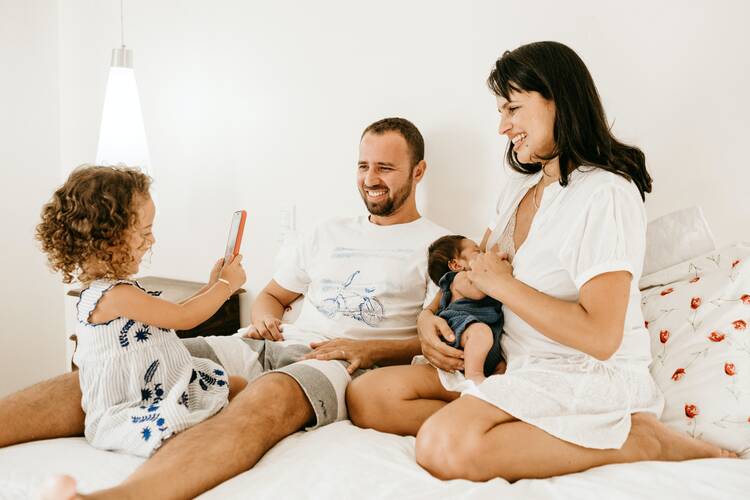 Photo by Jonathan Borba on Unsplash

Is God three or one? Both/and.

Is Jesus human or divine? Both/and.

Does God show us justice or mercy? Both/and.

Catholicism has a way of rejecting false dichotomies, holding space for complexity and embracing supra-rational paradoxes. At the same time, the church has never shied away from declaring that some things are good for human beings and some things are very, very bad. Accordingly, faithful Catholics have something unique to offer the cultures in which we live: a capacity to see contemporary struggles in the light of eternity, giving witness to the truth without oversimplifying complicated questions or offering pat answers.

Last week, the federal government announced that the birth rate in the United States has fallen to record lows. American women now have a total fertility rate of 1.64 children, which is well below the replacement rate of 2.1. The pandemic accelerated what was already a disturbing decline; the total number of births in 2020 was down by 4 percent, while births for the month of December 2020 were a whopping 8 percent lower than in December 2019.

How the Catholic Church can help single mothers
Kaya Oakes

Commentators on both sides of the aisle have been eager to offer explanations for this phenomenon. Some see the problem as an individual one, arising from the personal failings of selfish and soft young people who are reluctant to take on the burdens of parenthood. Others point to structural issues of societal inequality and economic distress. Still others point instead to the influence of the feminist movement since the 1970s, observing that contemporary women have unprecedented opportunities to pursue their careers and more incentives to delay—or forgo—childbearing than women of any previous generation.

So which of these explanations are true? Conservative or progressive? Cultural or economic? Individual or structural?

It is not only possible but also truer to reality to acknowledge that there is validity in more than one of these narratives. Accordingly, it is essential to work to help create a more welcoming society for babies, children and families on not just one level, but many. Catholics should be leading that charge.

On the policy level, Democrats and Republicans alike are beginning to realize that the federal government has a role to play in supporting American families. There is room for disagreement about the best ways to do this, of course. Personally, I support proposals for a universal child allowance—perhaps something along the lines of the Romney family plan—and generous paid family leave. I do think there is an economic component to many families’ decisions about how many children to have, not only within low-income families but also within what journalist Alissa Quart has called “the middle precariat.” Polls back this up, with women consistently reporting that they are having fewer children than they desire and citing finances as the primary reason for that gap.

On the other hand, historical data indicates that as a society becomes more affluent, cultural values shift, and birth rates drop. Particularly in recent decades, the rise of “workism” has encouraged men and women alike to base their sense of identity and worth on their professional success and discouraged them from prioritizing family formation, as a new report from The Institute for Family Studies explains. And, of course, going hand-in-hand with changing social mores about women’s life scripts, the advent of reliable and easily accessible birth control has played a huge part in lowering birth rates.

Women are consistently reporting that they are having fewer children than they desire and citing finances as the primary reason for that gap.

The Catholic Church should be unapologetic in its preaching and teaching about contraception. Tacit acceptance—or worse, outright encouragement—of its use, whether from the pulpit, the confessional or in casual conversation, does young couples a disservice. The church’s prohibition of contraception is not an arbitrary and repressive rule, a cruel yoke that old celibate white men in the Vatican impose willy-nilly. It is an invitation “to be someone radiant,” as Father James Dominic Brent has put it. It is a revelation of the true nature of marital love, which must be not only permanent and exclusive, but also total, faithful and free—both unitive and procreative. When couples have sex, they should be opening themselves to each other both physically and spiritually, not holding back their bodies’ awe-inspiring capacity to cocreate a whole new person or rejecting that aspect of who their spouse is and what their body can do.

On the other hand, the church’s teaching on the fruitfulness of love and the joy of children should not be just lip service. Babies are radically dependent. We all are, really, but some life stages lend themselves better to maintaining the illusion of total autonomy. Pregnancy, childbirth and the newborn stage shatter that illusion. In our culture, all too often, caring for infants and young children is exhausting and isolating, as new parents try to do everything on their own, with social media as their only lifeline to the outside world. And, in spite of the dated and overly rosy promotional brochures, the tiny percentage of Catholics who practice natural family planning can tell you that it is hard. It is especially hard when the Catholics around you clearly think you should just get with the times and get on the pill.

It should not be this way. As Catholics, we are called to care for one another. That might look like bringing a meal to a family with a new baby, offering to babysit or just making a kind comment to parents who make the Herculean effort to bring their little kids to Mass and keep them from screaming through the consecration or sprinting out of the pew and down the center aisle right in the middle of Father’s homily. When I had two babies under 2 years old, I remember tearing up when an older woman stopped me after a particularly difficult Mass to tell me what a good job I was doing and how good it was that we were there. “Openness to life” does not just apply to contraception; it should also characterize our congregations and communities.

“Openness to life” does not just apply to contraception; it should also characterize our congregations and communities.

Perhaps that is really at the heart of what the church has to offer on the topic of birth rates, too. Yes, this is an economic problem and a cultural one, an individual crisis and societal one. We need public policy solutions and spiritual conversions, local communities that provide practical support and a culture that celebrates babies like the gifts they are. Yet, in spite of all this complexity, the answer Christ offers is unified: Let the little children come to me.

In an age of fear, the church offers hope and an affirmation of the goodness of life—of being itself. It acknowledges that the suffering and sacrifices of parenthood are real, but promises that this suffering has the capacity to change our hearts and expand our capacity to love. After all, what we are talking about here is the co-creation of individual, irrepressible, irreplaceable human beings who will not only enrich our lives but who will live their own lives full of laughter, joy and sorrow, participating in the dramatic human narrative of sin and salvation. And, we hope and trust, one day we will join together with them in gazing on the face of God, participating in the inexpressible joy of communion with him—and with each other. 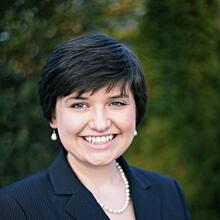 Serena Sigillito is the editor of Public Discourse, the journal of the Witherspoon Institute. She recently completed a year-long Robert Novak Journalism Fellowship focusing on contemporary American women’s experiences of work and motherhood. Follow her work at serenasigillito.substack.com.

@SerenaSigillito
Show Comments ()
Join the conversation: Login or create an account
Before you can comment, you need to update your profile to include your first and last name, as required in our comments policy. Then reload this page and you'll be set up for commenting. Update your profile