NFTs are leading to a new financial dystopia. Here’s why you should care. 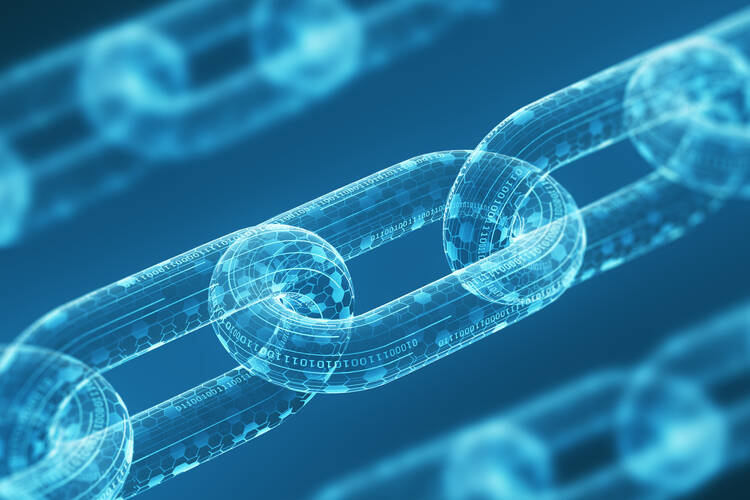 A few months ago, when a Reddit-induced buying spree inflated the stock of GameStop and other imperiled companies to absurdist heights, several people asked me if it reminded me of Occupy Wall Street, the protest movement I covered a decade ago that confronted the financial elite. After all, isn’t that what the GameStop stock story was all about—ordinary people sticking it to the big investors, swarming a system rigged against most of us?

No, it didn’t remind me of Occupy Wall Street at all. There, protesters didn’t buy stock; they fed warm meals to hundreds of people each day. They ran a library and held teach-ins and organized free clinics. They worked at making decisions together in a way where everyone could be heard. The goal wasn’t to play with commodities; it was to make a commons.

These days, the viral asset class of the moment is NFTs—nonfungible tokens, which are turning pieces of digital culture into multi-million-dollar bonanzas. Essentially deeds of ownership enforced by computers rather than governments, NFTs are being heralded as a new opportunity to bring the mechanisms of the elite art world to the people. Think of it as Christy’s meets eBay, except what you buy doesn’t come in the mail, it just sits in your digital wallet. The speculation is fueled by historic highs in the value of cryptocurrencies of all sorts.

Essentially deeds of ownership enforced by computers rather than governments, NFTs are being heralded as a new opportunity to bring the mechanisms of the elite art world to the people.

I have been hanging around the “crypto” world since early 2014, during the first murmurs about Ethereum, the system that runs much of the NFT craze. I have been drawn to the creativity of many crypto pioneers, who envision utopias of community governance and equitable distributions of value. But when the crypto market soared in 2017, it was on the basis of collectible CryptoKitties and largely scammy “initial coin offerings”—start-ups raising cash with virtually no regulation or accountability. It democratized start-up investing, but for participants in most projects, it was a disaster, much like a lot of the GameStop froth.

The democratization is spreading. In addition to buying NFTs for art, you can buy tokens attached to brands and even non-consenting people, betting on whose tokens you think will be worth more later on. Crypto makes it easier to buy collateralized debt and futures and all the other fun stuff that caused the financial crash in 2008. I coined the term “exit to community” to describe how start-ups could become owned and governed by their users, rather than investors; but increasingly people are using this to describe turning users into petty investors.

Types of speculation once reserved for elite traders in office buildings or underground gamblers are now subject to that hallowed democratization. Now you, too, can get rich by playing with financial abstractions. But is that what we want to be democratizing?

Now you, too, can get rich by playing with financial abstractions. But is that what we want to be democratizing?

This latest phase of capitalism has a feeling of déjà vu from its first stage—except rather than speculating on colonial land-grabs and the bodies of slaves, tokens are making commodities of famous people and GIFs. This seems less harmful for now, until it isn’t; until we all become tokenized assets, along with the air, water and everything else we need to survive. Already, crypto markets demand massive amounts of electricity. That looks more like dystopia than utopia so far. The apparent freedom to speculate quickly turns into servitude to the whims of the market.

Take art. As the NFT superstar Bleeple told Kara Swisher, all these tokens will probably just make the rich richer. Is more inequality really what the art market needs?

In contrast, consider an important new report commissioned by Grantmakers in the Arts, “Solidarity Not Charity,” which points the way toward an art-world based on the solidarity economy. The goal there is not to create overvalued superstars but to support cultural workers of many kinds, particularly those who have been most left behind by speculation.

What innovations do people actually need after the pandemic? Not flying cars.
Nathan Schneider

The idea behind the solidarity economy is the opposite of democratizing speculation: It is about expanding the commons, ensuring that more and more of the goods of the world are available for everyone, no matter what tokens they do or don’t hold. As Occupy Wall Street tried to show in microcosm, health care and food and housing could be shared resources for everyone, not scarce commodities. Rather than a few people getting rich from their art, the solidarity economy means more and more people having time to develop their cultural skills. Rather than trying to predict what will be valuable in the future, it turns attention to what we need right now.

Crypto technology could support this, too. Projects like Cambiatus and Moeda, both born in South America, put crypto to work to create abundance among the poor. Gitcoin uses a clever system of matching grants to fund common-good software development. The same tools that can be used to speculate can also be used to coordinate and collaborate in new ways.

With every boom and bust cycle, crypto gets closer to the mainstream. Facebook is slated to release its own cryptocurrency this year. Before long, today’s wild experiments among early adopters will be the precursors for what we all use and take for granted. But too many of the visions for this emerging technology take us straight down the road of dystopia, where everything is for sale and nothing is shared.