How Joe Biden observed Ash Wednesday — and his message for Lent 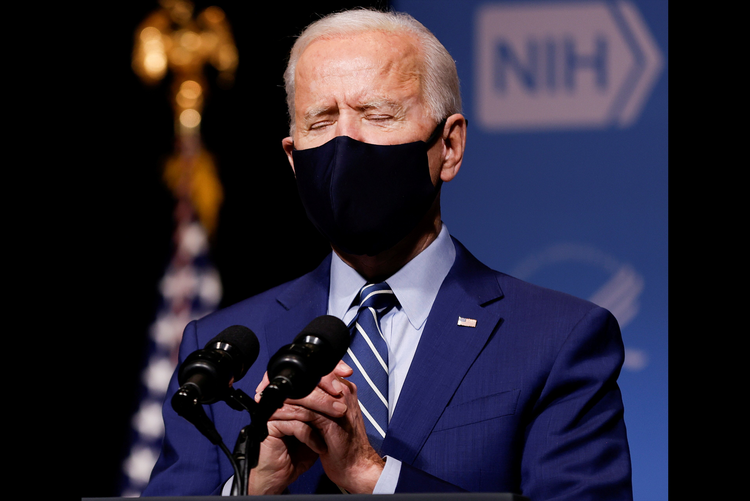 President Joe Biden received ashes at Georgetown University and released an Ash Wednesday message, urging Americans to continue holding in prayer those who have suffered from the Covid-19 pandemic while also “look[ing] with hope and anticipation toward Easter and brighter days ahead.”

“Today, I join Christians across our country and around the world in observing Ash Wednesday,” Mr. Biden said in a statement on Wednesday evening. “As we enter into the season of Lent, we know this moment of repentance, reflection, and renewal comes in the midst of a painful winter for our nation and the world.”

The nation’s second Catholic president continued: “On this Ash Wednesday and every day, we hold every family with an empty place at their table in our hearts. We pray for all those who have fallen on hard times and are worried about what morning will bring. Let us find strength in each other and faith that provides us purpose.”

Joe Biden urged Americans to hold in prayer those who have suffered from the Covid-19 pandemic while “look[ing] with hope and anticipation toward Easter and brighter days ahead.”

Earlier on Wednesday, Mr. Biden visited the Jesuit residence at Georgetown University, where he was greeted by Ronald Anton, S.J., and received ashes from Brian O. McDermott, S.J.

Mr. Biden’s choice of Georgetown for his Ash Wednesday commemoration tracks with his close ties to the Jesuits.

While Mr. Biden has not officially selected a church since moving to Washington, he has already attended Mass at Holy Trinity Catholic Church in Georgetown, located adjacent to campus and run by the Jesuits.

On Inauguration Day, Mr. Biden, his family and invited guests gathered for Mass at the Cathedral of Saint Matthew the Apostle in Washington, where Kevin O’Brien, S.J., a friend of the Bidens, preached.

The bishops were divided on how to approach Joe Biden. It’s not the first time a dispute has gone public.
Michael J. O’Loughlin

Still, Mr. Biden has faced early opposition from some Catholic leaders, including many bishops, who convened a special working group on Nov. 17 to look at how bishops could engage with the new administration, particularly in light of the president’s Catholic faith. That group was recently disbanded after two meetings, the National Catholic Reporter reported this week.

Following Mr. Biden’s inauguration, the head of the U.S. Conference of Catholic Bishops, Archbishop José Gomez, released a lengthy statement that highlighted areas in which bishops might collaborate with the new administration but also used sharp language to condemn Mr. Biden’s support for access to abortion and L.G.B.T. rights. The tone of the statement drew criticism from some other U.S. bishops, with Cardinal Blase Cupich, the archbishop of Chicago, calling it “ill-considered.”

Following Archbishop Gomez’s statement, other leaders in the U.S.C.C.B. have issued a flurry of other statements, many of which praised early decisions of the new administration, particularly around the environment, immigration and the economy.