Will our new Roaring ’20s end with another Great Depression? Not if Joe Biden’s smart. 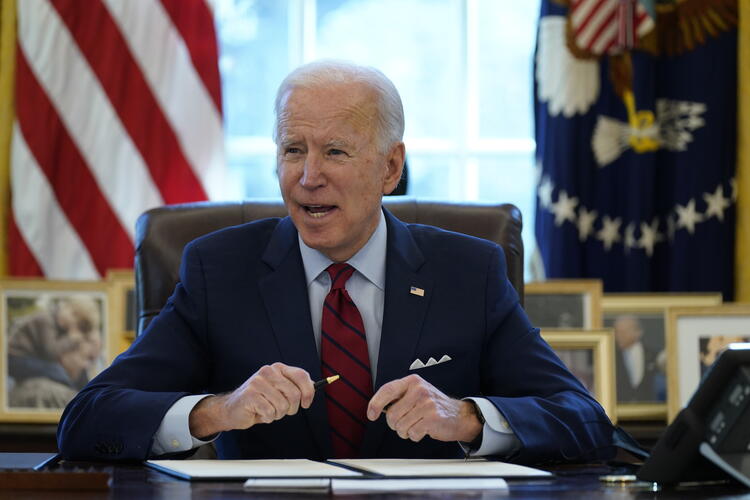 As Covid-19 vaccines become more available and pent-up demand for consumer spending finds a release, we may see a surging economy over the next two years. That is the assessment from economists at the U.C.L.A. Anderson School of Management who compare the coming recovery to the economic surge that happened 100 years ago, remembered as the Roaring ’20s.

If the forecast is accurate, history may repeat itself in several ways. First, the 1920s came after a global pandemic, the “Spanish flu,” and there was a natural desire to celebrate the end of a tragic period marked by a massive loss of life. Also, the presidential election of 1920 was more a rejection of outgoing President Woodrow Wilson, the Democrat who led the United States into World War I, than an affirmation of the Republican winner, Warren Harding—who nevertheless benefited from his promise of a “Return to Normalcy.”

The 1920s saw major changes in technology: the expansion of electricity, cars, telephones and telegraph service. The 2020s, partly as a result of Covid-19, will see information technology continue to change how we conduct business and live our lives. If there is any silver lining to the pandemic, we now know that education and office work can evolve in new and creative ways, with all sorts of implications for where businesses and families choose to locate. This transformation will generate new opportunities for entrepreneurship and investment.

We now know that education and office work can evolve in new and creative ways. This transformation will generate new opportunities for entrepreneurship and investment.

Of course, the first Roaring ’20s ended with the stock market crash of 1929 and the Great Depression, which lasted until the United States joined World War II in 1941. The crash represented a failure of the Federal Reserve System, which had been created in 1913 in part to avert crises like the financial panic of 1907. Still a new organization, the Fed failed to intervene in the highly speculative financial markets of the 1920s, and its monetary policies after the crash did little or nothing to spur recovery. In fact, in 1936 and 1937, the Fed even tightened monetary policy, increasing reserve requirements for banks and thus limiting lending, amid fears of inflation. The Fed’s actions nipped in the bud some small movements toward recovery.

These days, we have the recent memory of the global financial crisis of 2008. While the Fed did not stop that economic downturn, it is clear that the collapse would have been much worse had Ben S. Bernanke, then the chair of the Federal Reserve, not learned from the collapse of 1929 and the Fed’s mistakes in tightening the money supply in the 1930s. Instead, the Fed’s quantitative easing policy, under which the Fed bought government bonds and mortgage-backed securities to increase the nation’s money supply, helped to rescue the financial system.

The economic downturn of 2008 would have been much worse had we not learned from the Fed’s mistakes in tightening the money supply in the 1930s.

But we are creatures of selective memory, prone (as the economist Robert Shiller would say) to “irrational exuberance.” We celebrate happy days and suppress painful memories. To be sure, our Covid-related economic crisis is not financial in nature (as the crisis was in 2008), so it may not take a long time to recover. This time, the Fed is purchasing much of the debt issued to pay for Covid relief to unemployed workers and to small businesses.

Opponents of the new Biden stimulus package have cited concern over the national debt, but while our debt as a percentage of gross domestic product is large (over 100 percent), it is nowhere near as large as in Japan (well over 200 percent). Furthermore, many central banks around the world are happy to hold this debt as collateral for international borrowing. Most important, with the return of economic growth and the continuation of low interest rates, this ratio can quickly reverse itself, as it did in the 1950s. The key worry: Is the increased money supply a ticking time bomb of financial instability once we recover from the Covid-induced downturn? This does not have to be the case, as the Fed has the tools to defuse such a bomb before it goes off. It just needs the willpower to do so.

Is an increased money supply a ticking time bomb of financial instability? Fortunately, the Fed has the tools to diffuse such a bomb before it goes off. It just needs the willpower to do so.

Fortunately, President Biden does not seem to be as passive as Presidents Harding, Coolidge and Hoover. He has appointed a competent team for the economy. Janet Yellen, for example, is the first person to serve as secretary of the treasury after heading the Board of Governors of the Federal Reserve System. So we have someone in charge of fiscal policy who knows monetary policy and what it can do, as well as how to respond to the telltale signs of irrational exuberance.

The original Roaring ’20s witnessed bubbles in both stock prices and property prices, with overinvestment and speculation. But we now know that inflation in financial and property markets can be as damaging as inflation in consumer goods, and in response to the global financial crisis of 2008, we have seen a massive re-regulation of the banking sector.

The Biden administration should take credit for the expected recovery and should increase federal spending to further its agenda for reducing income inequality and strengthening environmental protection. But the time may come for the Treasury Department and the Fed to be “party poopers” and take some steam out of the recovery through higher interest rates and tighter regulation of bank lending. (The Biden administration could also decide it is time to increase federal taxes, though this is politically risky.)

As William McChesney Martin Jr., head of the Federal Reserve System in the 1950s and 1960s, once said, the task of good policy-making is to take away the punch bowl just as the party is heating up. This may be the challenge for the Biden economic team as we head into another Roaring ’20s: to know when and how to take away the punch bowl—certainly not too soon, but hopefully not too late.

Paul D. McNelis, S.J., is America’s contributing editor for economics and a professor of finance at the Gabelli School of Business at Fordham University in New York City.