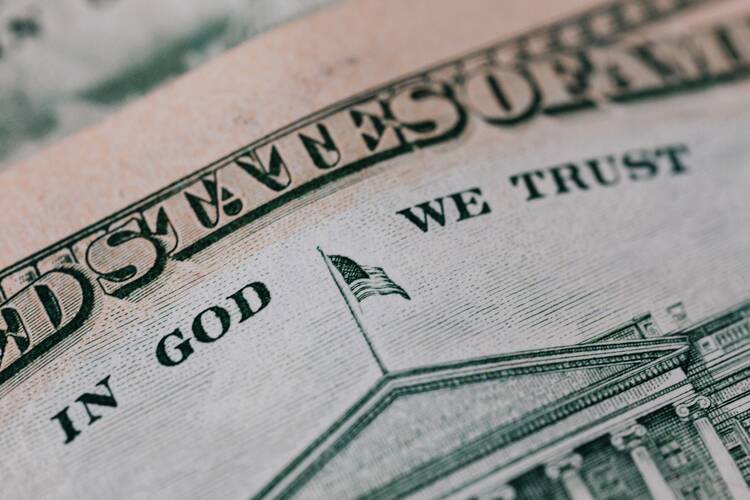 Photo by Karolina Grabowska from Pexels

Young college graduates are starting their careers in deeper debt than any generation in living memory. This is leading to changes in the American family, as the indebted students are marrying later in life and putting off buying homes. For lack of capital, they are unable to start new businesses. Increasingly, they are also turning to declarations of bankruptcy, even though bankruptcy will not excuse them from their debts.

In 2003, U.S. college students and graduates owed approximately $250 billion in student loans; by 2020 that number had grown exponentially to nearly $1.7 trillion. Throughout the presidential campaign—and continuing now—progressive Democrats have called for the forgiveness of all federal student debt by executive order.

As a candidate for the Democratic nomination last March, former Vice President Joseph R. Biden Jr. expressed support in a tweet for a pandemic-relief bill by House Democrats that would forgive each borrower up to $10,000 of their student debt. But on Dec. 23, The Washington Post reported a conversation between the president-elect and a small group of journalists, in which Mr. Biden said that a blanket forgiveness of debt is likely outside of his executive power as president.

Mr. Biden said that a blanket forgiveness of debt is likely outside of his executive power as president.

Referring to a proposal by congressional Democrats for the Department of Education to forgive up to $50,000 in student debt per individual, without the need for legislation, Mr. Biden said, “Well, I think that’s pretty questionable. I’m unsure of that. I’d be unlikely to do that.”

There are legitimate questions about which students really need relief from their student loans and whether students are the only ones in need of debt forgiveness. Nonetheless, a genuine discourse about student debt among Christians would greatly benefit from an understanding of the rationale and wisdom behind the arguments embedded in their ancient Mosaic laws—later reaffirmed by Jesus—rather than speaking in bland generalities or attributing views to Jesus that are more closely linked to modern economic doctrines.

While college students are, understandably, enthusiastic about the prospects of massive debt relief, many conservatives are skeptical about the wisdom of forgiving the debts of countless college students, who presumably knew what they were getting themselves into when they applied for the loans—or so the logic goes. For these conservatives, forgiving student debt creates a “moral-hazard problem” that rewards poor financial decisions and provides incentives for the intemperate behaviors that created the crisis in the first place.

There are legitimate questions about which students really need relief from their student loans and whether students are the only ones in need of debt forgiveness.

Betsy DeVos, the secretary of education, has dismissed out of hand any forgiveness of college debts. “We’ve heard shrill calls to cancel, to forgive, to make it all free,” said Ms. DeVos in a speech she gave at a Federal Student Aid Training Conference on Dec. 1. “Any innocuous label out there can’t obfuscate what it really is: Wrong.” In this view, forgiving student debt would be immoral.

Ms. DeVos is a Christian and has often spoken of her activism and policy goals in religious terms. She once claimed that her primary motivation in education reform is to “advance God’s kingdom.”

But taking God’s kingdom seriously means more. It requires returning to the Scriptures.

Christians readily cite the passage from theLord’s Prayer demanding that Christians “forgive us our debts, as we forgive our debtors” (Mt 6:12). As is too often the case with rote phrases, those who utter them are often unaware of their context, meaning and significance.

Jesus’ reference to debt forgiveness was not rote. It was a reference to a growing economic crisis in the Galilee of his day. That crisis involved very wealthy citizens loaning money to the young, poor and desperate, observed Martin Goodman, an Oxford historian on the political, social and religious history of the Jews in Roman Palestine. These loans were often impossible to repay, and so land was confiscated from the poor and transferred to the rich.

Observant Jews in this period, however, were well aware that the Mosaic laws included something known as the Sabbatical laws—laws requiring, among other things, thatall debts be canceled once every seven years (Dt 15:1).

Enterprising wealthy lenders appealed to Rabbi Hillel during this time for a suspension of the laws. They claimed this was necessary to unfreeze credit, which would allow the poor access to the resources they need to survive bad harvests. Because debtors would be released from payment in a maximum of seven years, the moneylenders argued, as long as Sabbatical laws were in place there was no incentive to lend money. Persuaded by the argument, the rabbi suspended the Sabbatical laws in a proclamation known as the Prosbul.

The proclamation, indeed, freed up credit, but it ultimately resulted in debts that the poor could not repay. This failure of payment allowed the wealthy to seize the property of farmers, fishermen and craftsmen in Galilee. In many cases, debtors were forced into slavery to pay off their loans.

Jesus’ reference to debt forgiveness was not rote. It was a reference to a growing economic crisis in the Galilee of his day.

Along these lines, there is a passage from Luke, in which Jesus dines in the house of Simon, one of the Pharisees. Shortly after sitting down to eat, a beggar appears. She proceeds to weep, bathe Simon’s feet, dry them with her hair and anoint them with oil. The Pharisee, outraged by this disruption, calls her a “sinner” (Lk 7:39). But Jesus replies with a story:

A certain creditor had two debtors; one owed five thousand denarii, and the other fifty. When they could not pay, he canceled the debts for both of them. Now which of them will love him more? (Lk 7:40-41).

The question Jesus poses to Simon is almost rhetorical, but Simon acknowledges that the greatest love comes from the debtor who is forgiven the largest debt. This parable is especially important not only because it recalls the Sabbatical law of debt remittance, but because it also hints at the social benefits of following that law. It builds good will.

The greatest love comes from the debtor who is forgiven the largest debt.

One may argue, as people did in those days, that remitting debts is bad for the credit industry. But its social benefits are significant. Not only does it reduce the radical inequalities between the poorest and wealthiest citizens; it also fosters a culture of forgiveness and love. Under such conditions, wealthier citizens no longer look to their neighbors as a source of their own potentially enhanced wealth, but rather as human beings deserving of love and forgiveness. Similarly, the poor no longer view the wealthy as oppressors, but rather as generous and loving fellow citizens.

Jesus’ insistence on adherence to the Mosaic laws is often forgotten; more likely, it is never really learned. Yet it may well prove to be especially pertinent for our political moment. Where many Christian conservatives have stressed the threat of moral hazard, they would do well to give equal, if not greater, consideration to the lessons stressed by Jesus. 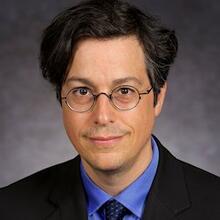 David Lay Williams is a professor of political science at DePaul University. He is presently writing The Greatest of All Plagues: Economic Inequality in Western Political Thought.

@LayWilliams
Show Comments ()
Join the conversation: Login or create an account
Before you can comment, you need to update your profile to include your first and last name, as required in our comments policy. Then reload this page and you'll be set up for commenting. Update your profile