Vatican: It’s unjust (and dangerous) for wealthy nations to hoard the Covid vaccine. 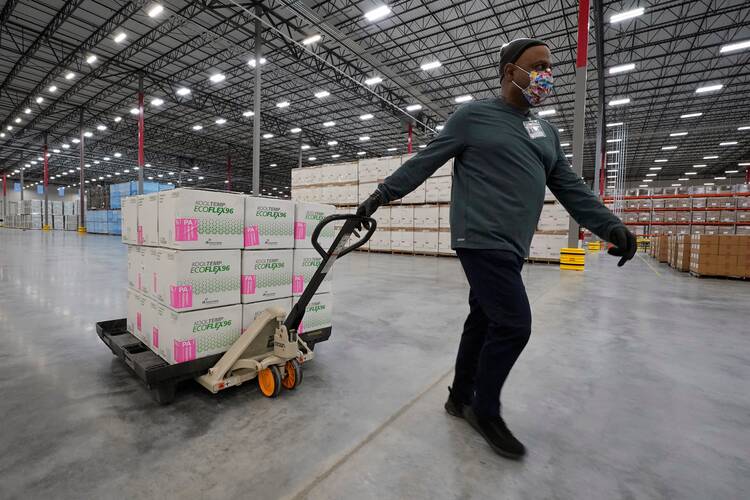 Thanks to the Covid-19 vaccines, we can begin to anticipate an end to the pandemic, at least in the United States. But who will we be once it ends? In his new book Let Us Dream, Pope Francis says, “The basic rule of a crisis is that you don’t come out of it the same.” He exhorts us to rethink the priorities that shaped our pre-pandemic world.

Catholics must engage in this rethinking. The U.S. bishops have affirmed that the federally approved Covid vaccines are morally acceptable and that getting vaccinated is an act of solidarity. But there are other questions to consider. The fulcrum for reorienting our priorities comes, again, from Pope Francis. He continues in the opening pages of Let Us Dream: “You have to go to the edges of existence if you want to see the world as it is. I’ve always thought that the world looks clearer from the periphery.”

What do the pandemic and the Covid-19 vaccines look like from a clinic in Zambia, or the favelas of Rio, or the Englewood neighborhood in Chicago?

What do the pandemic and the Covid-19 vaccines look like from a clinic in Zambia, or the favelas of Rio, or the Englewood neighborhood in Chicago? What issues might Catholics who care about the moral dimensions of medicine and health care see if they stood in one of these places?

Vaccine nationalism: By the end of 2021, the richer countries of the world are expected to vaccinate most or all of their citizens, as opposed to only 20 percent of people in “resource constrained” countries. We know this because those rich nations—with only 14 percent of the world’s population—had reserved over half the production of the eight most promising vaccines by last December. The United States and the United Kingdom have purchased enough doses to vaccinate their populations three times over, and Canada five times over. The World Health Organization’s Covax initiative estimates that it might take three to four years to achieve global herd immunity, given these politics as usual.

Not only is this unjust; it is deadly. One study found that vaccine stockpiling by wealthy countries will result in almost twice as many fatalities globally than there would be if vaccines were shared equally around the world. On Jan. 22, the Pontifical Academy for Life reiterated its opposition to “vaccine nationalism” and attempts by certain nations “to gain the vaccine faster than others.”

Vaccine stockpiling by wealthy countries will result in almost twice as many fatalities globally than there would be if vaccines were shared equally around the world.

What other moral questions does “vaccine apartheid” raise? Certainly it presses us to ask hard questions about our own cooperation with skewed systems that continue to privilege the already privileged. (To take another example, there is much debate about vaccines that use cell lines derived from aborted fetuses, but where is the conversation about Catholic complicity with racism as we use medical treatments derived from the tissue of Henrietta Lacks, known as HeLa cell lines?)

Pharmaceutical profiteering: Covid-19 vaccines revive questions about patent laws and the monopolizing of the technology necessary to produce what the W.H.O. rightly calls “a global public good.” For example, while Pfizer might not have taken any public funds specifically to develop its Covid-19 vaccine, the research behind all of these vaccines was funded by the public over many years, when profit was not in view. Now public money will be used to purchase the vaccines in huge quantities, giving a few pharma companies billions in profit. In anticipation, stock prices for these firms have shot up and are enriching investors.

What moral questions are raised when a few profit from a system that denies low-cost, life-saving medications to most of the people in the world? What questions of complicity and cooperation are raised for those of us who—via our retirement accounts—benefit from life-denying profits?

Profits over people: From the peripheries, it becomes clear that moral wrangling over allocating “scarce” resources is a red herring. The real question is about the privileging of exorbitant profits over human lives. The W.H.O. estimates that providing global vaccine coverage will cost $35 billion. The United Nations further estimates that due to the economic impact of the pandemic—which is costing the global economy $375 billion a month and has destroyed around 500 million jobs—some 235 million people will need humanitarian assistance in 2021. To meet this record need, the U.N. is calling for an additional $35 billion in humanitarian aid for 2021.

Neither of these are unachievable sums. Indeed, the world’s five centibillionaires—Jeff Bezos, Elon Musk, Bill Gates, Bernard Arnault and Mark Zuckerberg—have together gained $260 billion since the pandemic began. Collectively, the 650 richest people in the world have increased their wealth during the pandemic by $1 trillion. Were they to give 3.5 percent of that new wealth, the U.N.’s humanitarian aid goal would be met. Were they to tithe—just once, just for 2021—the global humanitarian crisis could be averted and a critical mass of people could be vaccinated across the globe.

Inappropriate technologies: The Covid-19 vaccines come from dazzling new technologies. But the shine dims when we realize that they need to be stored at sub-zero temperatures, rendering them impossible to transport and store in more than 30 percent of the world. Again, the biotech industry largely serves the “haves,” or those who can pay, and ignores the diseases and supply-chain issues of those who cannot.

This is one more example of the global indifference of which Pope Francis often speaks, an indifference that costs lives. One would hope that a global pandemic would press Big Pharma to redirect its technological expertise to develop products appropriate to the world’s realities. Instead, we watch vaccine doses being thrown away, even in wealthier nations, because they have been out of the deep freeze too long.

These are all concerns Catholics should consider as we rethink our priorities, but they are only the beginning. The Covid-19 pandemic—and now the vaccines—exposes what Pope Francis describes as an economy that kills. In Let Us Dream, he calls instead for “an economy that sustains, protects, and regenerates,” something he finds promoted particularly by women economists. From a Catholic perspective, the Covid-19 vaccines ought not to be understood as a proprietary commodity or even simply a global public good. Rather, they are a gift: the collective good of those who have for decades deployed God’s gift of human reason in scientific pursuit and those who have volunteered their bodies for clinical trials. As such, the starting point for a Catholic perspective on the Covid-19 vaccines must not be scarcity but rather the principle of gratuity.

From a Catholic perspective, the Covid-19 vaccines ought not to be understood as a proprietary commodity or even simply a global public good. Rather, they are a gift.

As both Francis and Pope Emeritus Benedict XVI have argued, gratuity is the engine of an economy, a politics and a culture that gives life. Gratuity opens up new avenues for freedom and creativity. It supports, for example, the practice of “dose sharing,” calling rich countries to share their vaccine stockpiles—especially their excesses—through the Covax framework.

The pandemic has disproportionately hit the elderly, communities of color and the poor, reminding us of what the physician and anthropologist Paul Farmer once wrote: “diseases themselves make a preferential option for the poor.”

Over the past year, divides have widened—for instance, between those who can work from home and those who cannot (or, as The Wall Street Journal columnist Daniel Henninger put it, “people who get a paycheck deposited in their bank account no matter what, and those who don’t”). What is the call of gratuity in light of these disparities, and how might it reconfigure the shape of vaccine distribution? Might charity and solidarity encourage some of us to move to the back of the line, ensuring that those most at risk receive the vaccine before we do? As we create our vaccine priority tiers, should trained health care personnel in resource-poor countries be vaccinated at the same time as health care workers in rich countries—or before younger, healthy adults in wealthy countries?

We will not emerge from this crisis the same. Will we emerge better, with a moral framework grounded not in arcane philosophical principles but in the vibrant theological heart of our tradition—that of gift? On Christmas, as the long-awaited vaccine distribution began, we celebrated a child born on the peripheries. What if we, like the Magi, were to place the astounding gift of the Covid-19 vaccines not in the hands of today’s Herods but in those of the child who still waits for us on the peripheries? Might he—who multiplies our smallest offerings, sustaining all with bounty left over—help to transform both global vaccine distribution and the Catholic moral imagination? 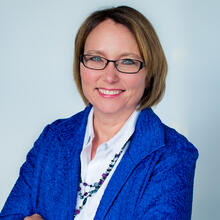 M. Therese Lysaught is a professor at the Neiswanger Institute for Bioethics and Health Policy, Stritch School of Medicine, Loyola University Chicago, and a corresponding member of the Pontifical Academy for Life. She is the author of Catholic Bioethics and Social Justice (Liturgical Press, 2019).