Crime rates in Mexico are higher than ever. Vigilante justice might make that worse. 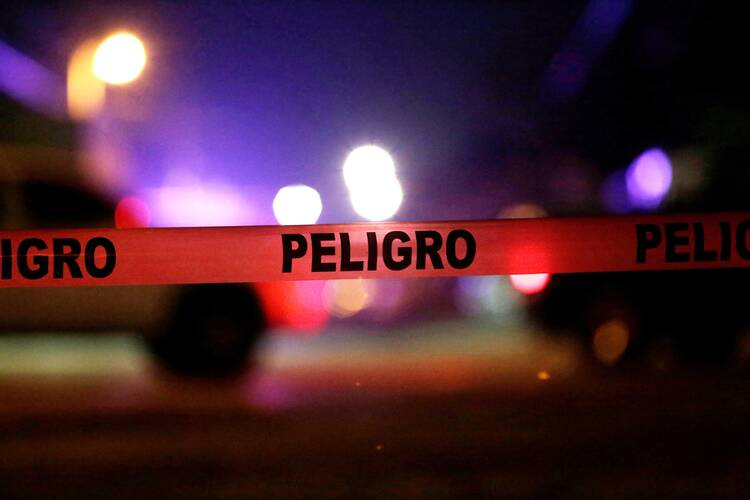 The video emerged in early August, another in a series of cell phone captures of similar encounters that have appeared on social media in Mexico this year. A handful of passengers in a “combi,” a small public transportation vehicle common in Mexico City, are startled as two men rush into the microbus ordering them to hand over their possessions.

But this time, the robbers do not make a clean escape. One of them loses his balance as he tries to exit the combi. He is pulled back into the vehicle and a savage beating begins.

“Now you know what we feel!” one of the passengers screams, as he punches and kicks the robber. The retribution continues for five minutes before passengers finally throw him out of the bus, stripping him of his clothes for good measure.

“See friends, look! There is the rat. They got him,” says the driver of a vehicle behind the combi who captured the outcome on his cell phone as the robber lies on the street, naked and barely able to move.

In Mexico where both organized and petty crime has exploded to unprecedented levels, vigilante justice has become increasingly common.

The video soon went viral on Mexican social media where it was applauded as poetic justice and transformed into social media memes. News anchors either shrugged at or endorsed the vigilantism themselves. “One of the robbers couldn’t get off the bus, and his victims took advantage to teach him a lesson,” a journalist at Televisa Puebla, a local affiliate of the national broadcaster Televisa, said.

It was hardly the first time that such citizen-administered street justice was so celebrated on social and traditional media. In a country where both organized and petty crime has exploded to unprecedented levels, vigilante justice has become increasingly common; citizens who gun down assailants during robbery attempts often make headlines as heroes. Mexican media describe those who defend themselves using deadly force as “justicieros,” or “bringers of justice.”

Such incidents increasingly suggest a state that has lost control over crime, creating among its citizens the belief that the only possible justice is vigilante justice. “Mexico doesn’t have a plan to combat insecurity,” said Alejandro Hope, one of the country’s foremost security experts, in an interview with Milenio Televisión on May 12.

“I think what the video showed us is the worrying development that violence, crime and impunity have now become an accepted part of Mexican society,” Guus Zwitser, a public policy scholar at the Center for Economic Investigation and Teaching, a public university in Mexico City, told America. “Crime has become so common in Mexico, that citizens see violence as the only answer. These robbers would have otherwise vanished and would not have been caught.”

Mexico is going through one of the most violent periods in its recent history. The government projected that more than 40,000 people will be murdered by the end of 2020—the highest number of homicides since the National Institute for Statistics and Geography first began publishing those numbers in 1990.

Mexican media describe those who defend themselves using deadly force as “justicieros,” or “bringers of justice.”

The deadliest violence in years past has been linked directly to turf wars among organized crime groups. Civilians were often caught in the middle, falling victim to extortion rackets, forced disappearances and massacres. More than 90 percent of violent crimes in Mexico goes unpunished, as Mexico’s justice system is unwilling or unable to prosecute them. Now, tracking organized crime and the erosion of Mexico’s justice apparatus, petty crime is also on the rise, particularly in large urban areas like Mexico City.

The capital has become dominated by gangs like La Unión de Tepito, according to Héctor de Mauleón, an investigative reporter. Operating out of a working-class neighborhood in the center of the city, its members dedicate themselves to drug trafficking and extortion. The capital’s peripheries are overrun with street crime, especially on public transportation. Hundreds of thousands of low-income inhabitants of the capital’s sprawling working class neighborhoods depend on microbuses and combis for daily transportation, where they make easy targets for petty criminals.

According to the federal government, robberies on public transportation in Estado de México, the state that hugs Mexico City like a horseshoe, have doubled between May and June this year. After months of stay-at-home orders in the wake of the Covid-19 pandemic, when “people started returning to the streets, so did the criminals,” Mr. de Mauleón wrote in El Universal on Sept. 3.

The government of President Andrés Manuel López Obrador does not appear to have an adequate response to either the rise in violence related to organized crime or the spike in street crime. Its most important public security policy so far has been the creation of the National Guard, a paramilitary police force meant to relieve the armed forces of its role in combating drug trafficking organizations. Critics believe the new National Guard will not have the capacity to address citizens’ everyday safety concerns.

“The government’s policies on security, specifically the creation and deployment of the National Guard, are mostly focused on high impact organized crime, but not on what we call ‘micro crime,’ such as robberies,” explained Jorge Atilano, S.J., who leads Jesuits for Peace, a human rights group in Mexico City. “The National Guard doesn’t really have the tools to combat that, as it’s mainly focused on organized crime.”

The Mexican government continues to invest far too little in its judicial infrastructure to make a dent in any kind of crime. “Mexico only spends about 1.7 to 1.8 percent of its budget on security; well below the 3 percent [peer state] average,” Francisco Rivas of the human rights group Citizens’ National Observatory, told America last year. “We would have to spend 4 or 5 percent to really deal with the crime problem,” he said. “Even with the National Guard, we’re not spending enough.”

To make matters worse, vigilante justice may provoke an even more violent response from criminals themselves.

On Aug. 31, just weeks after the beating of the alleged robber went viral, another video surfaced of two men ambushing passengers in another combi in Mexico City. Without hesitation, one of the robbers shot a young man in the stomach, telling horrified passengers that “this way you know this is real.”

“I think criminals carrying a gun in Mexico will be tempted to use it,” Mr. Zwitser said, noting their chances of being caught remain “minimal.”

“If criminals are aware that citizens may use more violence against them, then so will they.”

“The media play an important role here,” Father Atilano said. “They are looking for scandal; they will spread these videos of violent acts against criminals, which in turn will perpetuate the cycle of violence. The result is more anger, more desperation.”

And yet, he argues, the Mexican government could look to citizens to find a solution to the explosion in petty crime.

He cites communities where locals participate directly in combating crime as a possible way out. Such experiments have taken place in several Mexican states, especially in rural areas with large indigenous populations, such as Michoacán and Guerrero. Father Atilano specifically praised experiments in the towns of Cherán and Tancitaro, in Michoacán.

“It’s key to look at the communities and see what their security needs are,” Father Atilano said. “Right now, police anywhere in the country are barely equipped to deal with crime.

“If they were to work together with communities, integrate them in police work and address the issue more strategically, crime could be fought with greater success.”