No, court-packing won’t fix the Supreme Court (or the rest of our broken politics) 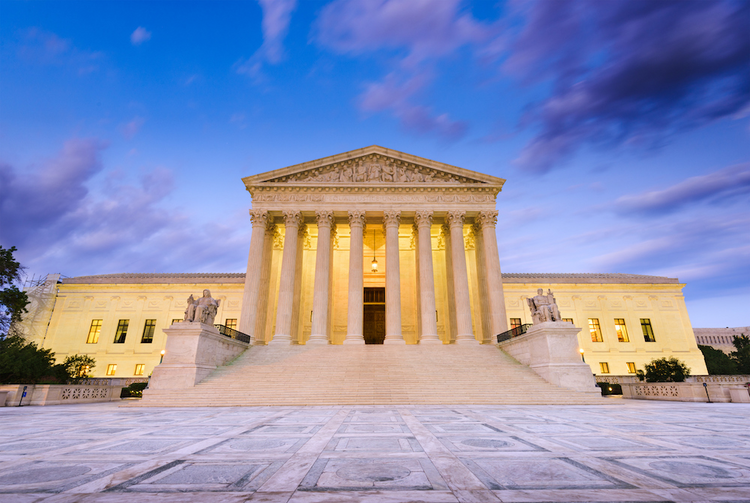 U.S. Supreme Court building in Washington, D.C. Judge Amy Coney Barrett of the U.S. Court of Appeals for the 7th Circuit, President Donald Trump's nominee for the U.S. Supreme Court, is before the Senate Judiciary Committee for the start of her confirmation hearing on Capitol Hill. (iStock)

No doubt, the president and the U.S. Senate should have waited. No one denies that the president enjoys the constitutional prerogative to nominate someone for a vacancy on the U.S. Supreme Court, a prerogative he may exercise at any time, all the way up to the final hours of his term of office, as John Adams (in)famously did. And no one denies that the U.S. Senate enjoys the constitutional prerogative to tender advice on the appointment and to consent, or not, to the nomination.

It is, however, a basic presupposition of any ethical calculus that one should not do something simply because one has the power to do it. Judge Amy Coney Barrett is undoubtedly qualified to sit on the U.S. Supreme Court and, as a committed textualist, she is America’s kind of judge.

The president’s decision to nominate a replacement for Justice Ruth Bader Ginsburg just a few weeks before the presidential election is a sucker punch to a body politic already gasping for nonpartisan air.

But all of that is really beside the point. The president’s decision to nominate a replacement for Justice Ruth Bader Ginsburg just a few weeks before the presidential election is a sucker punch to a body politic already gasping for nonpartisan air.

I have been making this point in conversations over the last several days. The responses, from both Democrats and Republicans, go something like this: “Well, they started it.”

Democrats say Republicans started it by not holding hearings for the eminently qualified Judge Merrick Garland and concocting some historical precedent to justify what was merely a tactical bet. Republicans say that Democrats started it by turning Judge Robert Bork’s surname into a verb, meaning “to thwart for partisan ends,” and then by nearly Borking Judge Clarence Thomas.

...“they started it” is not an argument but an excuse. It also represents the moral reasoning of an adolescent

The problem here is twofold: First, “they started it” is not an argument but an excuse. It also represents the moral reasoning of an adolescent, which any parent will tell you, as my parents told me, is not even a good excuse. Second, this tit for tat blame-assigning never ends. How far back do we go? How about Abe Fortas? (Remember him?) How about past the Warren Court to the Taney Court, the Marshall Court, to the Constitutional Convention itself and the bitter fight between Federalists and anti-Federalists? If we had the time, we could trace this conflict all the way back to Cain and Abel.

Blaming is pointless, and the only way to win the game is not to play it. It is also a poor substitute for the actual debate we need: We must decide as a country whether we are going to continue to treat our courts as a third house of the legislature; whether the most contentious social and moral issues of our time will be decided, not by voters or their elected representatives, but by nine unelected men and women who mostly attended Harvard or Yale.

The Editors: Abortion is the real reason the Supreme Court is broken.
The Editors

Or is it nine? The latest move in this escalating conflict is the suggestion that in response to the Republicans’ naked aggression, the probable Democratic majority should add seats to the Supreme Court, what an earlier generation called court packing. The trouble is that the Republicans would presumably follow suit when they are next in the majority. Where would that end? 25? 535?

As I indicated, court packing is not a new idea. Franklin Roosevelt tried it in 1937. It was a bad idea then, and it is a bad idea now. When F.D.R. attempted this trick, the editors of this review opposed him, as did a number of Democrats and Republicans, the kind of adult bipartisanship we need now.

I’ll leave you with what America’s editors said about the matter in 1937. They put it better than I could:

The President’s motives are not the issue, nor is the welfare of the Democratic party. We are asked to consider a proposition which, as all agree, is of supreme importance to the Republic….

[The proposal] sets a precedent which in time will be enlarged by ambitious politicians in the White House, and so bring to an inglorious end Government under the Constitution established by our fathers.

We have been assured that nothing of the sort can possibly happen. The answer is that no guarantees can be given for these assurances. In every country in which a dictatorship has been established, the first steps were taken by undermining the authority of the judiciary, on the plea that it prevented the enforcement of absolutely necessary reforms.

[The president’s proposal] impairs the independence of the Federal judiciary and leads to its destruction. It overthrows the system of checks and balances between the three coordinate branches of the Federal Government. It puts into the hands of the Executive a power which “no good man should desire and no bad man should possess….”

[It] should be so emphatically rejected that its parallel will never again be presented to the free representatives of the free people of America. On that position we take our stand.