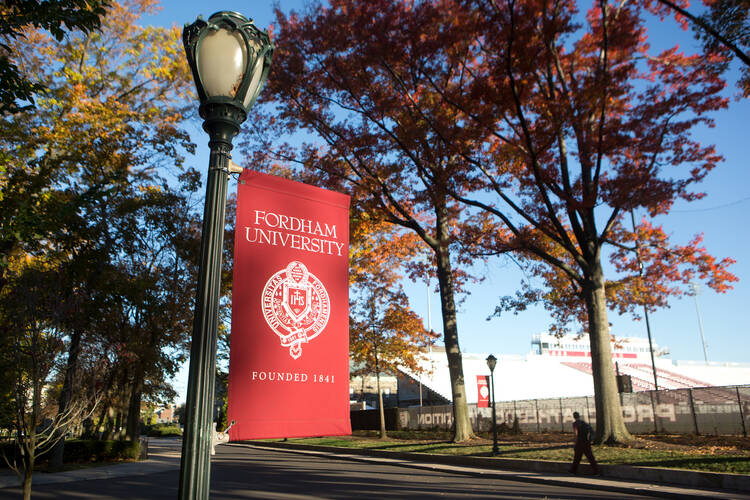 International students at Catholic and secular universities will have to return to their home countries if the U.S. institutions they attend do not have in-person classes, according to new U.S. Immigration and Customs Enforcement guidelines issued on July 6.

“Students attending schools operating entirely online may not take a full online course load and remain in the United States,” according to the statement from the Department of Homeland Security. “The U.S. Department of State will not issue visas to students enrolled in schools and/or programs that are fully online for the fall semester nor will U.S. Customs and Border Protection permit these students to enter the United States.”

The American Council on Education, which represents university presidents, said the guidelines are “horrifying” and will complicate how universities and colleges seek to reopen safely.

Institutions of higher learning in the United States had expected a drop in international enrollment this fall. Now, they may lose all international students.

Universities have decried the guidelines, with Harvard and the Massachusetts Institute of Technology suing D.H.S. in federal court yesterday to have the policy reversed and declared unlawful. Fordham University, along with the American Council of Education, is supporting the legal action against the policy, according to the Fordham Observer.

“At a time when institutions are doing everything they can to help reopen our country, we need flexibility, not a big step in the wrong direction,” Ted Mitchell, the president of the American Council of Education, said in a statement. “Iron-clad federal rules are not the answer at this time of great uncertainty.”

According to Mr. Mitchell, the United States hosts about one million international students each year. These students represent an estimated economic contribution of $41 billion and support more than 450,000 U.S. jobs, he said.

The Association of Jesuit Colleges and Universities expressed “grave concern” in response to the policy announcement and urged Chad Wolf, the acting secretary of Homeland Security, to withdraw the guidance. “The impact of this proposed policy will be devastating for our nation’s standing in the world,” the association said in a statement. “And it will have an immediate, negative impact on the 17,000 international students who seek the opportunity to study, learn and grow at Jesuit institutions of higher education.”

The association said the policy is “undermining our ability to provide continuity in instruction for international students, and ignoring the realities that colleges and universities are facing in trying to adjust to a landscape that changes by the day.”

Joseph M. McShane, S.J.: “Fordham University will do everything in its power to both ensure in-person classes are available to international students and to advocate for a change in I.C.E. policy.”

In an email to students, Joseph M. McShane, S.J., the president of Fordham University, said the institution stood alongside others, including the Commission on Independent Colleges and Universities, in opposing the measure.

“Fordham University will do everything in its power to both ensure in-person classes are available to international students and to advocate for a change in I.C.E. policy,” he said in a statement. “We believe our international students are a source of strength and intellectual diversity for the Fordham community, and we stand with them in the face of what seems at best to be an ill-considered and punitive policy.”

The American Academy of Religion joined other members of the American Council of Learned Societies in signing a letter urging I.C.E. to reverse their decision on visas for international students. “These new restrictions will affect the futures of international students and will as profoundly affect the futures of the colleges and universities that depend on and benefit from their contributions,” the letter reads. “The increased financial burdens on U.S. universities will be significant.”

While acknowledging the challenge the pandemic presents to universities, the Association of Catholic Colleges and Universities also criticized the policy. “In light of the continued spread of the coronavirus, the decision by D.H.S. is not only bad health policy, it is heartless,” the association said in a statement issued on July 8.

“Sending international students home, without a degree, would force them to start their lives over simply because a university is trying to keep its faculty and students safe as contagion levels continue to be unpredictable.”

“These are young people fully vetted by the U.S. government, given clearance to study here, and now part way through their programs, sending them home, without a degree, would force them to start their lives over simply because a university is trying to keep its faculty and students safe as contagion levels continue to be unpredictable,” the association said. “There are difficult decisions to make in challenging times, but this is not one of those. Allowing all students, regardless of country of origin, to be given equal access to online learning is the fair, sensible and moral thing to do. We can keep students safe and keep these young people on track.”

Cecilia González-Andrieu, a professor of theological studies at Loyola Marymount University in Los Angeles, believes that the new regulation will have unexpected consequences on the church.

“One group that will be severely affected are women religious studying in the U.S. in theology programs, such as ours, that have to go full online because of the complex issues of in-person on our campus in L.A.,” she said in an email to America. “This is a blatant move to force universities to face-to-face classes in spite of serious health risks.”

The policy is sure to upend religious orders and diocesan seminaries, including international lay students at theologates. The Jesuits, for example, have two U.S. theologates, and in both the majority of students are from Africa, Latin America and Asia. With the new policy, these students would have to return to their home countries.

According to The Associated Press, colleges and universities received the guidelines on the same day that some institutions, including Harvard University, announced that all instruction will be offered remotely.

President Trump has urged schools and colleges to return to in-person instruction as soon as possible. Soon after the guidance was released, Mr. Trump repeated on Twitter that schools must reopen this fall, adding that Democrats want to keep schools closed “for political reasons, not for health reasons.”

The Associated Press contributed to this story.