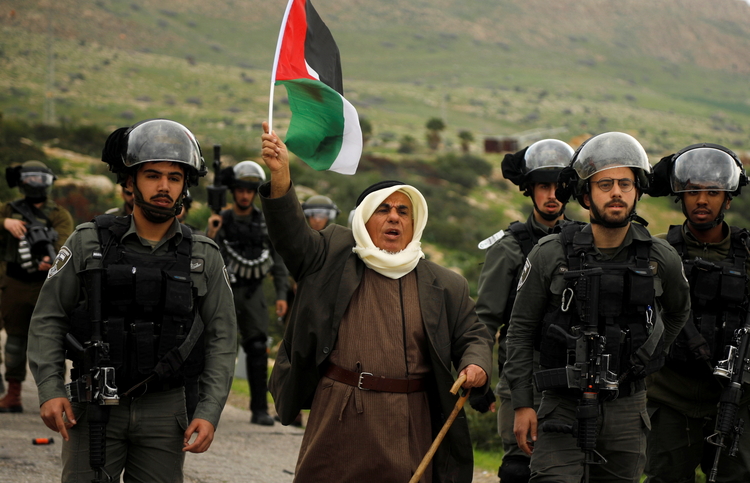 The Vatican tonight issued a statement emphasizing that it had summoned the ambassadors of the United States and Israel on June 30 “to express the concern of the Holy See” regarding the planned Israeli annexation of Palestinian territories.

The Vatican did not use the word “annexation” in the statement and opted instead for the expression “unilateral actions,” but a senior Vatican source confirmed to America this evening that the communique is in fact referring to annexation.

It released the statement at 9:30 p.m. Rome time on July 1, a sign of its wish to let the whole world know without delay that it fundamentally disagrees with any annexation and sees this as a serious threat to peace in the Middle East.

According to the statement, “Cardinal Pietro Parolin, Secretary of State, met with the Ambassadors of the United States of America and of the State of Israel, in order to express the concern of the Holy See regarding possible unilateral actions that may further jeopardize the search for peace between Israelis and Palestinians, as well as the delicate situation in the Middle East.”

“Cardinal Pietro Parolin met with the ambassadors of the United States of America and of the State of Israel to express the concern of the Holy See regarding unilateral actions that may jeopardize the search for peace.”

The Vatican reiterated its long-standing position, which, it noted in the communique, it had already stated publicly on Nov. 20, 2019, and May 20, 2020, “that the State of Israel and the State of Palestine have the right to exist and to live in peace and security, within internationally recognized borders.” The Holy See established diplomatic relations with Israel in 1993 and with the State of Palestine in 2017.

The Holy See has long acknowledged the right of both states to exist and to live in peace and security, and for this reason it has recognized both the State of Israel and the State of Palestine. At the same time, it has always insisted on the importance of respect for international law and the relevant resolutions of the United Nations on the Israeli-Palestinian question.

Today, it appealed yet again “to the parties” involved “to do everything possible to reopen the process of direct negotiation, on the basis of the relevant Resolutions of the United Nations.”

The Holy See has repeatedly called for a negotiated settlement between Israel and Palestine over the past 50 years, and it realizes that such an accord cannot be reached without the assistance and commitment of the United States. Vatican sources say that the Holy See had hoped that the United States could act as an honest broker between the two sides, but it now considers the position taken by the administration of President Trump in support of Israeli annexation to be going in the wrong direction. That led to the dramatic decision to call in the ambassadors of both Israel and of the United States, Oren David and Callista Gingrich.

The Holy See expressed the hope that “the reopening of direct negotiations, aided by measures that can reestablish reciprocal confidence,” could enable the Israeli and Palestinian sides “to have the courage to say yes to encounter and no to conflict: yes to dialogue and no to violence; yes to negotiations and no to hostilities; yes to respect for agreements and no to acts of provocation; yes to sincerity and no to duplicity.”

This last phrase is a quote from Pope Francis’ talk at the prayer for peace in the Holy Land in the Vatican Gardens on June 8, 2014, where he was joined by the Israeli President Shimon Peres and the Palestinian leader Mahmoud Abbas.

The Vatican statement today follows similar statements from the Catholic and Christian churches in the Holy Land and in European countries and the United States in recent weeks. There is a strong consensus among these churches opposing the Israeli plan for annexation, which these Christian leaders see as a serious threat to peace and stability not only in the Holy Land but throughout the Middle East.

Provide feedback on this article
Join the conversation: Login or create an account
Before you can comment, you need to update your profile to include your first and last name, as required in our comments policy. Then reload this page and you'll be set up for commenting. Update your profile
More: Vatican / Israel Palestine / War & Peace / US Politics