Christian leaders: Israeli occupation of Palestine is cause of conflict

Christian leaders: Israeli occupation of Palestine is cause of conflict 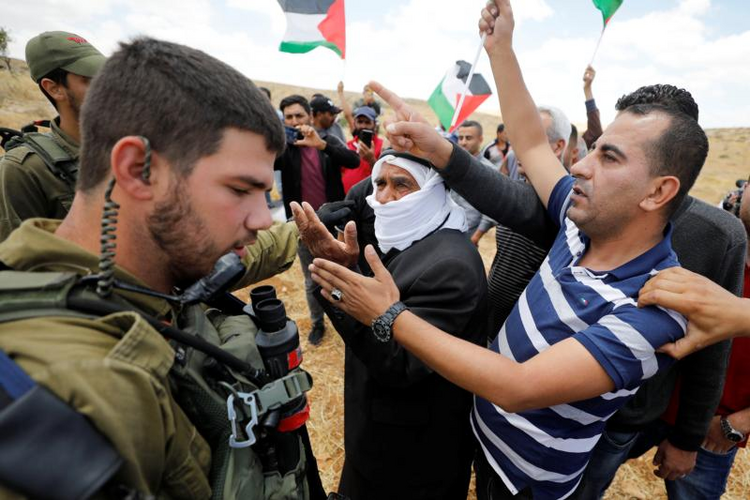 JERUSALEM (CNS) -- The Israeli "military occupation of Palestine" is the "root cause" of the continuing Israeli-Palestinian conflict, said three retired Christian leaders.

"It is time to act in order to extinguish the destructive fires raging in the Holy Land. The solution is known. Only a just peace will put end to hatred, to oppression and the suffering of so many in the land made holy by God," said the statement. The three leaders called on Israel to "defuse the tension and comply with U.N. resolutions," which recognize Israel and Palestine existing side by side.

"No more one people against the other, no more on people oppressing the other. All are equally children of God," they said in the statement, released June 19.

"Without a just peace, both Israelis and Palestinians will continue to suffer the consequences of perpetual conflict and strife," they said.

Noting that the COVID-19 pandemic has diverted attention from the issues of justice and peace to issues of life and death, the bishops said they remain "deeply concerned with the sufferings and injustices imposed on our people."

"To those who believe that this is the land of the redemption of the world, it is time to act and help both peoples reconcile and be redeemed from all forms of injustice, oppression, hatred and death," they said.

In another statement released in mid-June, the Latin Patriarchate of Jerusalem addressed rumors and criticism concerning the sale of some of its properties in Nazareth.

It said before the appointment of Archbishop Pierbattista Pizzaballa in June 2016 as apostolic administrator, the patriarchate had accrued a deficit of about $100 million because of operational mismanagement connected to the construction and opening of the American University of Madaba, the hometown of Archbishop Pizzaballa's predecessor, Archbishop Fouad Twal.

The patriarchate emphasized that the debts are to banks and not the Vatican.

Although serious reorganization of the administration with "proper internal controls and limitations" has taken place over the past four years, the massive debt has remained despite many fundraising efforts, noted the statement.

The "uncomfortable decision" to sell property in Nazareth was made "with difficulty," the statement said, but it was clear that it was the only possible solution to paying off the debts.

The statement said the patriarchate would "in due time" publish a "comprehensive and specific communication" about the sale.

The statement said the property in Nazareth was purchased by an Arab businessman and was "duly approved by all competent bodies," including the Holy See.

Provide feedback on this article
Join the conversation: Login or create an account
Before you can comment, you need to update your profile to include your first and last name, as required in our comments policy. Then reload this page and you'll be set up for commenting. Update your profile
More: Middle East / Israel Palestine / War & Peace