Economy in recession? Depression? A blip? All of the above—or none?

Economy in recession? Depression? A blip? All of the above—or none? 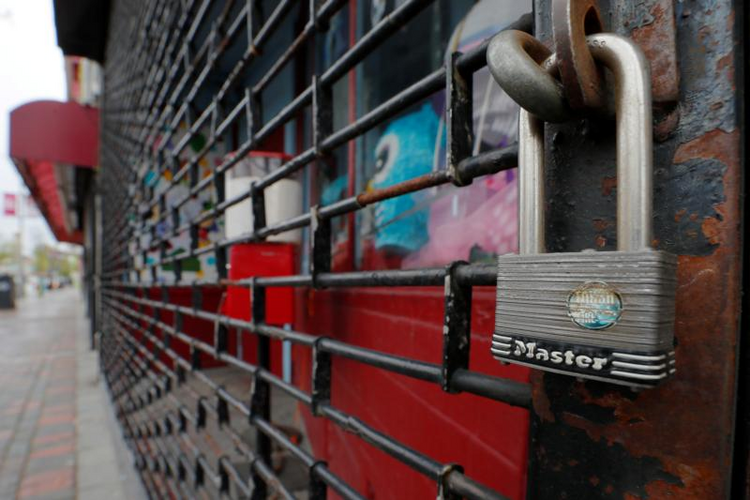 A store in Chelsea, Mass., is locked and barred May 11, 2020, amid the coronavirus pandemic. (CNS photo/Brian Snyder, Reuters)

WASHINGTON (CNS) -- Since the coronavirus pandemic was declared in March, not everybody's job has been relocated to their dining room table.

Not when there's an unemployment rate of 14.7%, with some economists suggesting one in five Americans are out of work. Applications for unemployment relief topped the 40 million mark between March 26 and May 28, with each week -- including the 3.1 million weekly figure reported May 28 -- being at least three times worse than the worst-ever week of the 2007-09 "Great Recession."

It's like the old adage: To you it may be a recession, but to someone who's out of a job, it's a depression.

Nicole Smith, chief economist at Georgetown University's Center on Education and the Workforce, does not hesitate to call it a recession.

"This recession of 2020 is coronavirus," Smith told Catholic News Service. "Not necessarily because of some flaw in our economic fundamentals." She noted the Great Recession was caused by a dot-com bubble and a real-estate market collapse based on the cratering of the subprime mortgage market. "We had an illness there -- of the economy," she said.

This time, though, Smith added, "we're almost in a self-imposed economic coma. ... Even though the economy was chugging along and everybody was doing well, we still hit the pause button." The jobs lost since mid-March "are there," she declared. "They're just waiting for people to put their shoes and their hard hats on and get back on the job."

Elise Gould, senior economist at the Economic Policy Institute, said she can "think of only one word" to describe the current economy: "devastation."

"I try to come up with another word, but 'devastation' -- the loss to the economy and jobs and the loss to the people," Gould said, "and the amount of pain that is causing to people."

Citing the numbers seeking unemployment assistance and the 14.7% unemployment rate revealed May 8, Gould said, "The numbers are devastating. They're huge. ... I haven't seen a name for it."

Some have described the economy as being in free fall. Chad Stone, chief economist for the Center on Budget and Policy Priorities, disagreed. "I don't think it's a free fall," he said. "We have a little farther to go."

At Stone's center, "we see unemployment coming down significantly," he added, but predicted the overall unemployment rate for 2021 "will still be 8.6%." By comparison, unemployment during the Great Recession peaked at 10% in October 2008, one month after the federal government took conservatorship of Fannie Mae and Freddie Mac, and Lehman Bros. -- which had been one of Wall Street's most respected financial firms -- went out of business, and one month before the presidential election that saw Barack Obama succeed George W. Bush.

What constitutes a recession? According to the National Bureau of Economic Research, which makes the call on these kinds of things, it means "a significant decline in economic activity spread across the market, lasting more than a few months, normally visible in real GDP (gross domestic product), real income, employment, industrial production and wholesale-retail sales."

A depression? That would be 18 straight months of double-digit unemployment.

Georgetown's Smith said there is hope the current downturn, as steep as it is, is just a V-shaped economic pattern: a contraction followed by an expansion. The Great Depression, which ravaged the United States in the 1930s, was a W-shaped pattern: contraction, rebound, another contraction and a second rebounding followed, Stone noted, by the country's entry into World War II.

Unlike that era, though, about half the federal budget in this era is already committed to military spending, and it accounts for about 3% of U.S. GDP.

Smith noted the past three recessions were U-shaped, which means that economic activity picked up about six to eighths before the unemployed started finding work again. In economics parlance, those are known, she said, as "jobless recoveries."

Another dimension that cannot be overlooked is the stock market. Wall Street took a beating in March, but its April numbers turned out to be the best month since 1987 -- the year of Black Monday, when the Dow Jones Industrial Average plunged 22.6% in one day, and the world's other financial markets stocks nosedived as well.

By comparison, the stock market crash in October 1929 that signaled the onset of the Great Depression saw three days out of four in which the value of the market dropped by at least 11%. Between September 1929 and July 1932, the stock market lost more than 89% of its total value.

"There's really no telling what's happening with the stock market," Gould said. "It certainly does not provide the temperature of what most people in the country are feeling."

Congress and the Federal Reserve Board have taken action to stem the bleeding, but all three economists interviewed by CNS said more has to be done.

Gould said the net loss of state and local government jobs was over 980,000 as of April. "The vast majority were in local government and most of those were in education," she said. "I am just crushed by the numbers."

The federal government has given aid to state and local governments, most of which are required to balance their budgets -- unlike the federal government -- to keep their own employees on the payroll, said Gould. The $787 billion stimulus package passed in 2009 to combat the Great Recession was directed largely at "shovel-ready" infrastructure projects, but a demand for austerity once Republicans won both chambers of Congress in the 2010 midterm elections pulled back the reins on recovery, according to Gould.

Stone said the HEROES Act, a $3 trillion package passed by the House, will help further, but this "next one is really going got be hard to get" passed in the Senate.

One other strategy employed by the federal government in the 2001 recession was "to increase the share of Medicare that the federal government pays to relieve the state's burden," he added. "That's in place right now, though, as long as the emergency s declared, but that needs to go on longer" -- as should, he said, expansion of SNAP benefits -- the Supplemental Nutrition Assistance Program -- and more generous unemployment benefits.

"Women have been really hit hard in this recession.The past couple of recessions, they call them 'man-sessions'" because of the kinds of jobs that were shed, Smith said. "Here it's a lots of jobs women have worked -- teaching jobs, leisure and hospitality jobs."

It's also worth noting "the ones who are able to telework and social distance and still keep a paycheck" but "there's still a huge divide by education level demonstrating who's really able to really continue in this economy," she added. "And we expect to see colleges and universities continue to reflect those careers. People say, 'I want a job that is coronavirus-proof, even when the economy is acting like this.'"