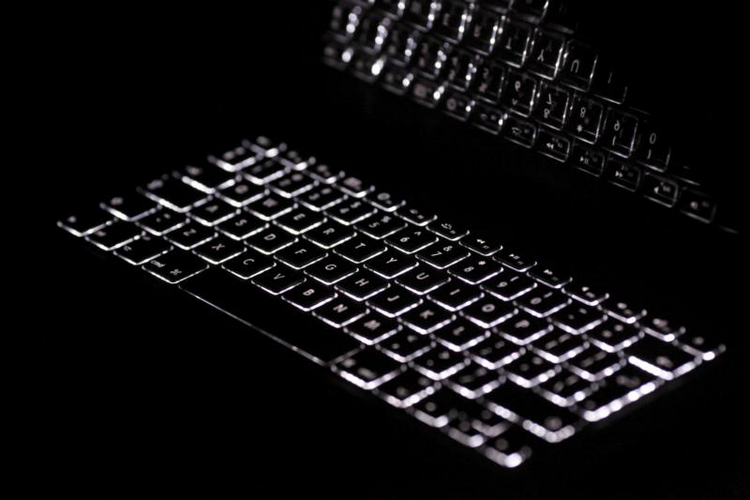 A backlit computer keyboard is seen in this illustration photo. With statistics showing pornography usage up during stay-at-home orders, Catholic leaders and other advocates are urging the federal government to crack down on vendors. (CNS photo/Kacper Pempel, Reuters)

WASHINGTON (CNS) -- A former colleague of Attorney General William Barr is backing a letter from three Catholic bishops asking Barr to aggressively pursue anti-obscenity prosecutions in the wake of increased traffic to online pornography sites with the onset of the COVID-19 pandemic.

"Thus, nonenforcement or lax enforcement of obscenity laws against producers and distributors may provide a gateway for this demand to metastasize, increasing the incidents of trafficking, child pornography, other abuse, and broader unjust conditions."

The prelates are the chairmen, respectively, of the U.S. Conference of Catholic Bishops' committees on Laity, Marriage, Family Life and Youth, Domestic Justice and Human Development, and the Promotion and Defense of Marriage.

The Justice Department did not respond to a Catholic News Service request for comment.

"Pornhub's incredible reach has a much darker side than the image of harmless fun that it tries to project," Sasse wrote. He cited a case from last October in Florida in which the abductor of a 15-year-old girl was charged with uploading more than 60 videos of her exploitation to the site.

"I'm so glad that the bishops are encouraged to confront him (Barr) on this," said Trueman. "What the bishops are asking is for the attorney general to do his job. This is a public health crisis, leading to addiction, the breakdown of marriage and abuse of children."

"I know (Barr) believes in doing these cases," he added. "He's been sidetracked with so many political issues."

Last Dec. 4, four members of Congress, including Rep. Mark Meadows, R-North Carolina, who is now White House chief of staff, wrote Barr to complain that they thought President Trump was ignoring the promise he'd made during his 2016 campaign to enforce anti-obscenity laws.

As a result, "the harms of illegal pornography have continued unabated, affecting children and adults so acutely to the point that 15 state legislatures have declared that pornography is causing a public health crisis." Co-signing the letter were Republican Reps. Jim Banks of Indiana, Vicky Hartzler of Missouri and Brian Babin of Texas.

"The current pandemic is exacting a heavy and widespread emotional, social, and financial toll in our communities," the bishops' letter concludes.

"In the face of the pandemic, the church expresses her solidarity with all who are struggling or alone. In a March 27 reflection, Pope Francis affirmed our common 'belonging as brothers and sisters' in the midst of crisis and reminded us that, despite the demands of distancing and isolation, 'we are on the same boat' and are all 'called to row together. ... (S)o we too have realized that we cannot go on thinking of ourselves, but only together can we do this.'"

Kurt Jensen - Catholic News Service
Provide feedback on this article
Join the conversation: Login or create an account
Before you can comment, you need to update your profile to include your first and last name, as required in our comments policy. Then reload this page and you'll be set up for commenting. Update your profile